The Farm 51 turned heads with its stunning Get Even trailer at the start of the year. It showcased the Polish studio’s use of 3D scanning technology to create complete, ultrarealistic in-game environments for its upcoming first-person action game.

But Wojciech Pazdur, the director of development at the game studio from Gliwice, a small town outside Krakow, knows that tech alone can’t sell his game.

Luckily, Get Even — heading to PlayStation 4, Xbox One, and PC, but with no word on a release date — offers more than just a pretty trailer. It’s about shifting realities that will keep players guessing whether they’re playing against human or A.I. opponents, and Pazdur believes that its unique approach to storytelling is actually its killer hook.

I sat down with Pazdur in a meeting room at the Holiday Inn in Krakow. Luckily, he was far more engaging than our surroundings. “We don’t want to chase the big gaming industry triple-A titles,” he told me. “We don’t want to compete with them. The first-person shooter market is simply too overcrowded to try to go into with mainstream projects.”

Instead, The Farm 51 is taking Get Even in a more intimate direction, albeit one that puts a gun in your hand for around half the game. “There are certain moments when you’re the action hero,” said Pazdur, “but you won’t always have access to guns.”

“It’s a first-person action game,” he explained. “But it’s more in a setting of horror or serious science fiction. The title means to settle the score. It’s about two guys who want to get even on each other. This is why we have two stories, two heroes, and a very personal drama between them. It’s not an epic story in any way. It’s a story about humans.”

Or, to be precise, it’s about human memories. 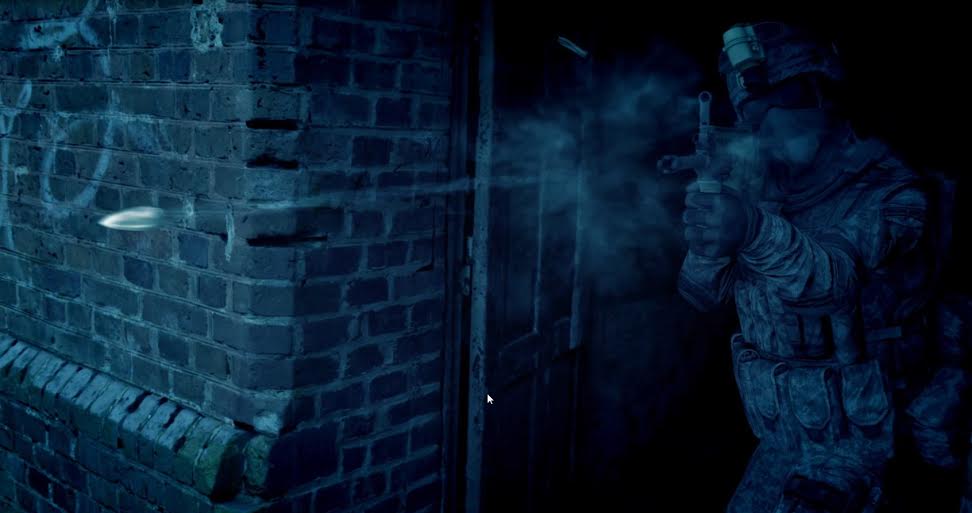 Above: A brand new screenshot from Get Even.

Pazdur’s inspiration for the game was The Butterfly Effect, the 2004 movie that explored the idea of reliving events, changing small details, and the dramatic repercussions of those changes. He references the film many times during our chat, and it’s clear that it had a big impact on Get Even’s development.

“What are the borders of reality?” asked Pazdur. “Is the world we are living in now truly real? Or maybe it’s just our memory or subconscious?”

He showed me a moment when a character is shot. It looked like a cutscene, but Pazdur explained that it’s a memory that the player can explore.  “You can enter this memory and try to change the course of events,” he said. “To save this guy. Then, at some level of consciousness, it becomes reality.”

Multiplayer with a twist

The two stories Pazdur mentions are opposite ends of the same campaign. Players can tackle Get Even from the perspectives of both its main characters, and at times, they’ll find themselves confronting human opponents instead of A.I.-controlled enemies.

“We don’t want to separate the game into multiplayer and single player,” said Pazdur. “We want to have two campaigns, two stories, that can interact with each other. When you are playing one of the campaigns, you are meeting the players who are playing the other campaign.”

This innovative take on multiplayer is intriguing, and I asked Pazdur how it’s been working out in testing.

“For the first time, it’s completely crazy,” he said. “People still see it as the single player game. 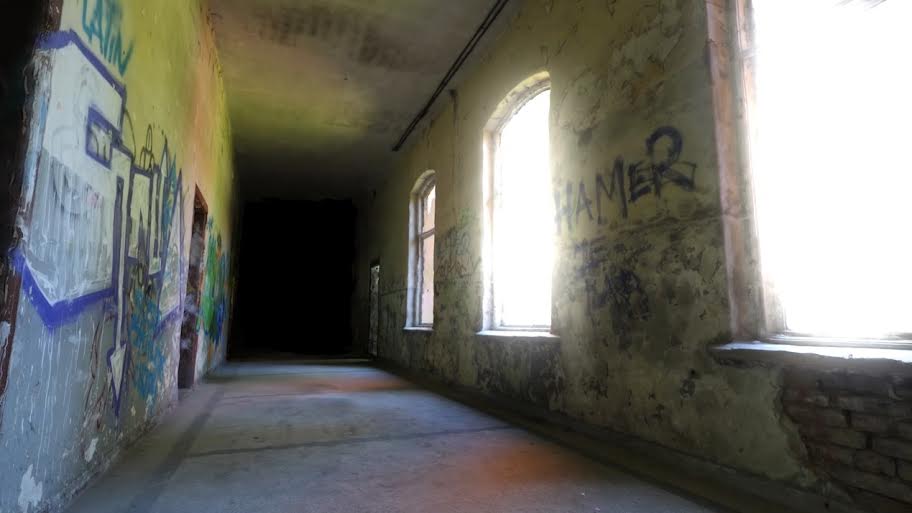 Pazdur obviously isn’t impressed by the state of A.I. in modern first-person shooters, and I can’t say I disagree with him. So many games just throw extra waves of enemies at you to increase the difficulty levels, but this is often just a smokescreen for lackluster A.I.

“After 10 minutes of playing any first-person shooter, you know exactly what the behavior of your enemies will be,” he said. “We wanted to create something that will be more twisted and crazy.”

While Get Even’s subtle multiplayer feature doesn’t have kill streaks or leaderboards, Pazdur is more than happy with that. He’s tired of having to split his already small team in two to make a multiplayer mode that seems almost obligatory these days. And, again, he doesn’t want to compete with the countless triple-A games that are already out there doing that.

Scanning technology is nothing new, and you can see scanned objects in many current games, but the level of detail that The Farm 51 is pushing into Get Even from its 3D and laser-scanning equipment is unprecedented. It’s a cost-effective and time-effective way for a small team to create a great-looking game, but it relies on having access to interesting real-world locations to scan and drones to help do the job.

Pazdur showed me a “fly through” of a Get Even level not yet shown publicly, set in an abandoned mental hospital. It looked incredible, and it was only made possible by two weeks of scanning by a team in a real-world location, along with some serious computer hardware. 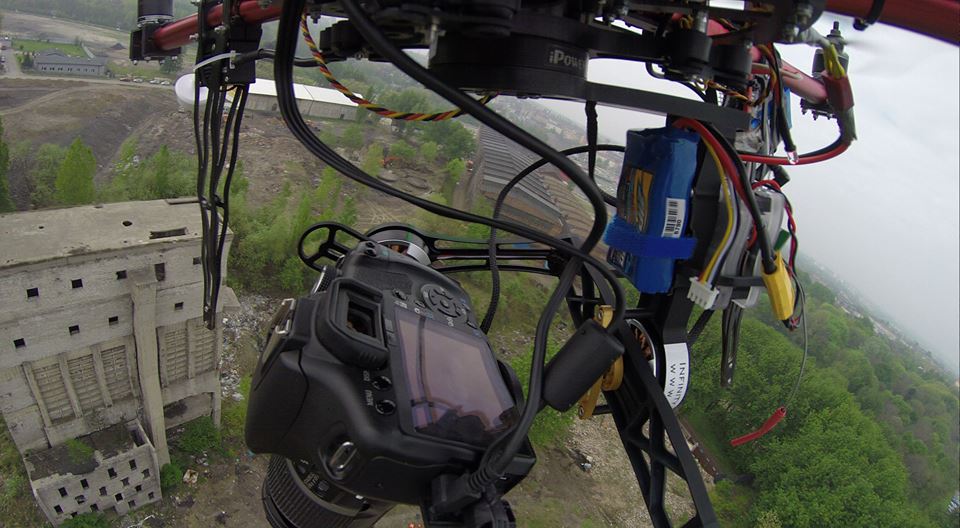 Above: A scanning drone at work for Get Even.

“We get custom-made computers,” said Pazdur. “We have PCs that have 1TB RAM because some of the source models can’t be opened otherwise in any program.”

Surprisingly, The Farm 51 is using off-the-shelf software to work with the scans and build these huge, detailed, in-game environments. But it has created custom tools within programs like Maya and Photoscan to make this work. “The software is not unique, but it’s heavily customized,” said Pazdur.

“What is specific about our approach is we have found pipelines, tools and skills to effectively rework this messy amount of data that, in the past, was not possible to be used in a real-time environment,” he said.