The update today follows a surprise partnership between Microsoft and Dropbox announced on November 4. At the time, the companies said Dropbox integration would arrive in Office apps first on iOS and then later on Android smartphones. Today they have finally delivered. 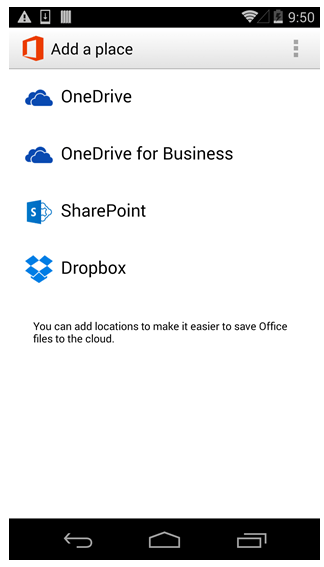 Office Mobile for Android users can now add Dropbox as an online storage location, browse their files on Dropbox from within the app, edit Dropbox files directly, and save them back to Dropbox. They can also share their Dropbox files right from the Office Mobile app.

Speaking of sharing, Microsoft has improved its OneDrive integration in the app as well. You can now generate and share links to documents in your OneDrive and OneDrive for Business accounts right within the app. 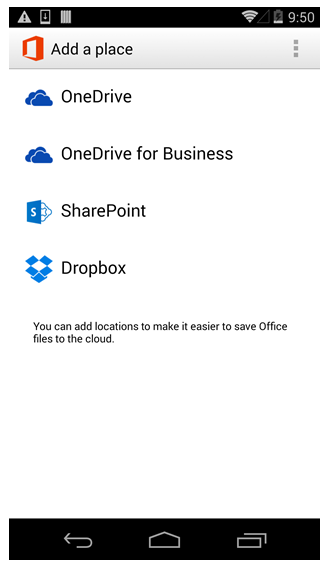 The feature means that if you want to share a document with someone else, the recipient doesn’t need to have a Microsoft account, just an email address. To share a link, open a OneDrive document, tap on the context menu, hit Share, and then choose “Email as link.”

It’s worth noting that this update is really just a temporary one. On November 6, Microsoft made a slew of Office announcements, including the release of separate Word, Excel, and PowerPoint apps for iPhone just like the apps for iPad.

The company also said it is planning to launch the same apps for Android phones as well as Android tablets. The latter group is already in preview and is expected to launch “in early 2015,” while the former is coming “at some point later,” which is when Office Mobile for Android phones will be killed off.