After two months of teasing, Google and Adobe have finally raised the curtain on their Streaming Photoshop project.

Announced in September, Streaming Photoshop is Google’s plan to bring desktop-only apps to its web-only Chrome OS. But instead of building a web app equivalent of the professional photo editor — many have tried and failed to do that, including Aviary — Google has found a workaround; for Streaming Photoshop, the two companies actually run the full-fledged desktop app on a server, stream a video of that app to your browser, and use JavaScript to watch for click events.

Right now, the experiment is being tested with 1,689 users, according to Chrome Web Store data, but Adobe tells us it’s “ramping it up pretty quickly.” Still, Adobe only let us watch the app in action — we couldn’t play with it ourselves. The app is rolling out slowly to Adobe Education customers, and the company declined to share when it will become more widely available.

This is what Adobe Photoshop on a Chromebook looks like

As you might expect, the app is delivered via Google’s Chrome Web Store: 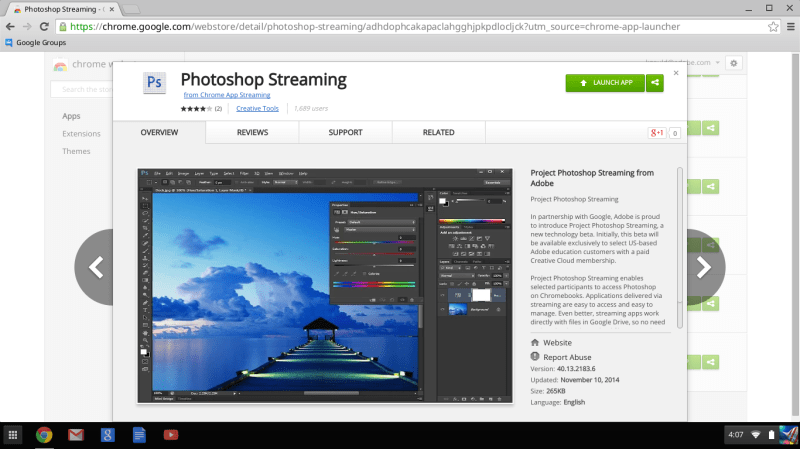 The app “usually takes about 10 seconds” to launch, Adobe tells us. 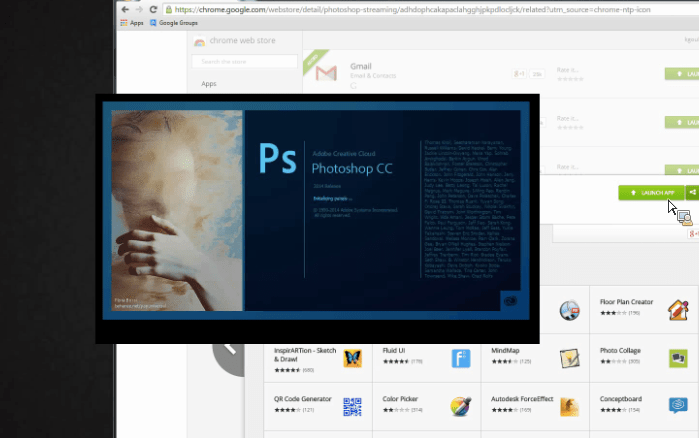 “It’s the full photoshop UI, [but] 3D is not available — the server we’re using does not have GPU yet. Also printing, but in general you have the entire functionality,” the company says. 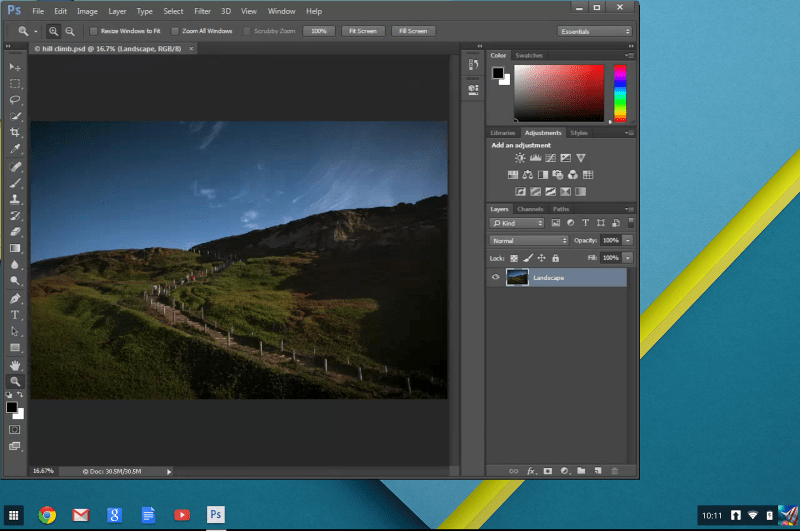 Streaming Photoshop uses Google Drive to open and save files: 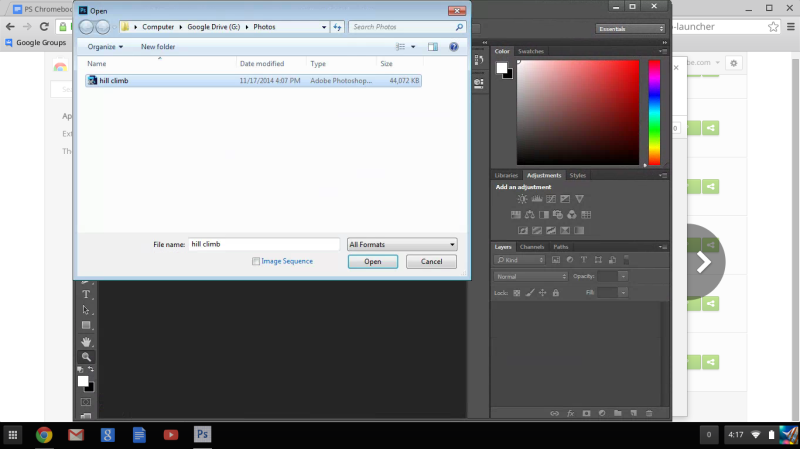 The web app runs on any computer that can run the Chrome browser, including Macs.

Standard image adjustments and effects, including “Brightness/Contrast,” appeared snappy during the demo. 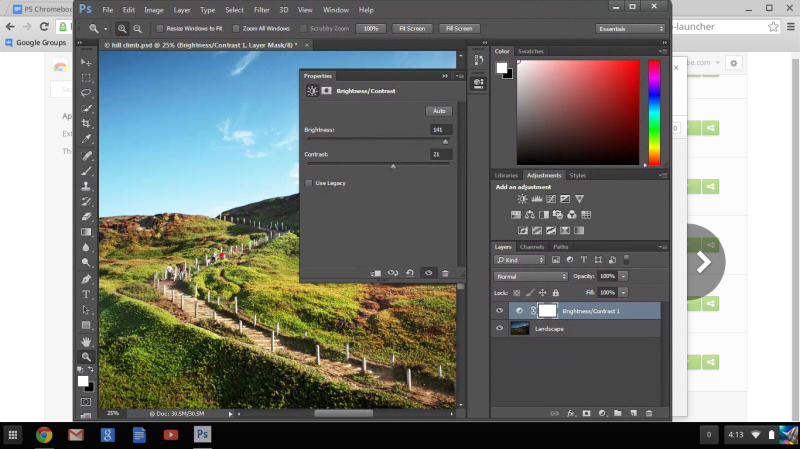 When Google first announced its partnership with Adobe, the company said it was “welcoming Creative Cloud onto Chromebooks, initially with a streaming version of Photoshop.” In a conversation with VentureBeat, however, Adobe was more sheepish. “This a trial that we’re starting out slowly; it’s going to last about six months and we’re going to see how it goes,” the company told us. Adobe also wouldn’t discuss its plans for an Illustrator Streaming app.

But even if Google’s partnership with Adobe runs dry, there are already signs that Google is working on similar streaming apps like it. In fact, a closer look at the Streaming Photoshop launcher suggests just that:

When asked about the author of the Photoshop Streaming app, “Chrome App Streaming,” Google was tight-lipped.

Google confirmed to VentureBeat that it is investigating “other ways” of using this technology beyond Adobe’s Photoshop Streaming app, but would not share anything further.