I lived through the Third Crusade. I knocked out the pope in a secret basement underneath the Vatican. I even sailed with Blackbeard in the Caribbean. But until now, I’ve never waged war as a Templar knight.

Assassin’s Creed: Rogue (out now for PlayStation 3 and Xbox 360) is the first game in the long-running action series to feature a member of the Templar Order, the immortal enemy of the Assassin Brotherhood, as its main character. Developer Ubisoft flirted with the idea back in Assassin’s Creed III, so I wasn’t sure if the Templar angle would end up as another short-lived ruse. But that isn’t the case here. Our antihero, Shay Patrick Cormac, is a former Assassin who’s hellbent on stopping the Brotherhood from achieving its goals.

As someone who played all of the main console games, seeing the war through the other side’s eyes on my PS3 was refreshing. While the gameplay isn’t dramatically different from playing as an Assassin (and is ultimately Rogue’s downfall), the Templar perspective is something I hope Ubisoft will continue to revisit in future games. 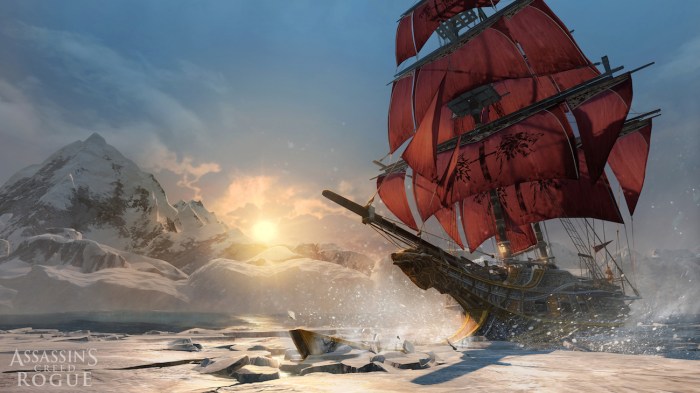 Above: Meet the Morrigan, a ship that can cut through ice.

A nuanced depiction of the Assassin-Templar conflict

Before Rogue came along, only two things stayed constant throughout all the different historical settings and plot twists in the AC games: The Templars are evil and the Assassins are trying to stop them from taking over the world. The series’ heroes — Altaïr, Ezio, Connor, Aveline, and Edward — all had their own cast of villainous Templars to put down. The most brilliant thing about Rogue is the way it reverses all of this.

Shay doesn’t turn evil, per se. He truly believes that what he’s doing is for the greater good, and it’s interesting to watch him wrestle with that idea while tracking and killing his old friends (you’ll recognize some of them if you played AC3 and AC4: Black Flag). Watching events unfold through that mindset gives you some insight into how the Templars think. Consider the way they treat the Assassins: Early on in Rogue, they refuse to mention them and their associates by name. Instead, the Templars called them “lawbreakers” and “ruffians” who commit acts of terrorism.

Surprisingly, you’ll discover some truth in those words. The Assassins weren’t as smart as they thought they were, and they used some unsavory methods to maintain control of the British colonies in America. So for a while, I felt good about kicking them out of towns and cutting down the “A” flags they proudly hung inside of their forts.

Shay’s first Templar mentor isn’t some generic bad guy, either. He’s calm and level-headed, and he genuinely seems to care for Shay’s well-being. Of course, the Templars have their bad seeds, too, so Rogue isn’t entirely sympathetic to their cause. But all of these elements add some nuance and complexity to what was becoming a tedious conflict. By the end, I wasn’t a fan of either side. 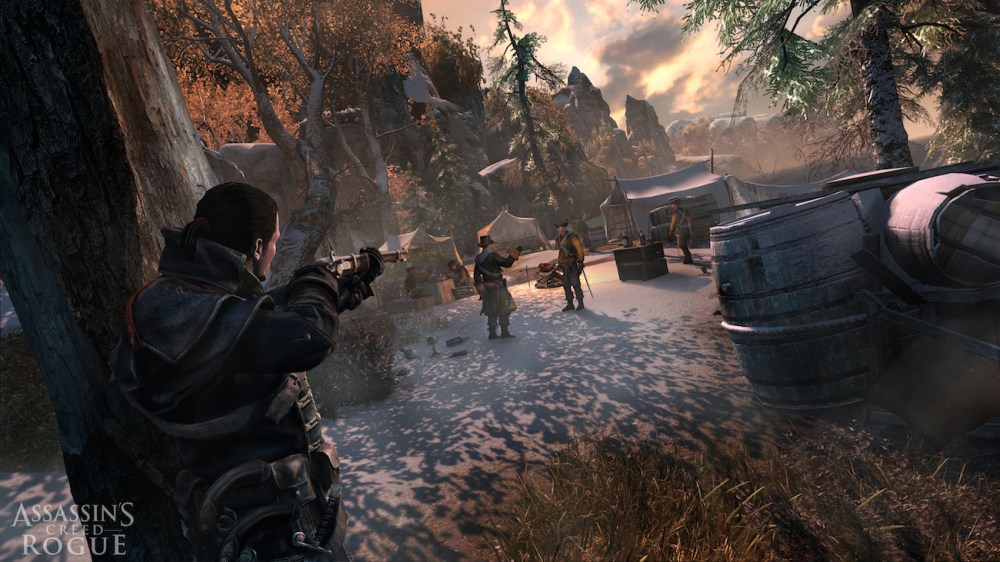 Above: Shay’s air rifle can fire poisonous darts and grenades.

Fighting as a Templar

With two wrist-blades, a ship (known as the Morrigan), poisonous darts, and all the other Assassin weapons at his disposal, Shay’s play style isn’t very different from the Brotherhood’s. But when he does cross over to the other side, Rogue introduces some cool features. The biggest change is when you face stalkers, Assassins who hide on rooftops, bushes, and haystacks — the same kind of places you’ve been using for cover in previous games. If you don’t spot them fast enough with Shay’s X-ray-like Eagle Vision ability, they’ll climb out and stab you before running off to hide again.

You won’t find stalkers in every place you visit, but not knowing when they’ll pop up was enough to keep me on my feet when entering new towns. Since Ubisoft didn’t change the combat for Rogue (it has the same counter-and-execute system from Black Flag), Shay also felt a little more powerful compared to his predecessors thanks to his grenade launcher. The three different grenades — sleep gas, berserk gas, and shrapnel — are great for stunning a group of targets if their numbers start to overwhelm you. 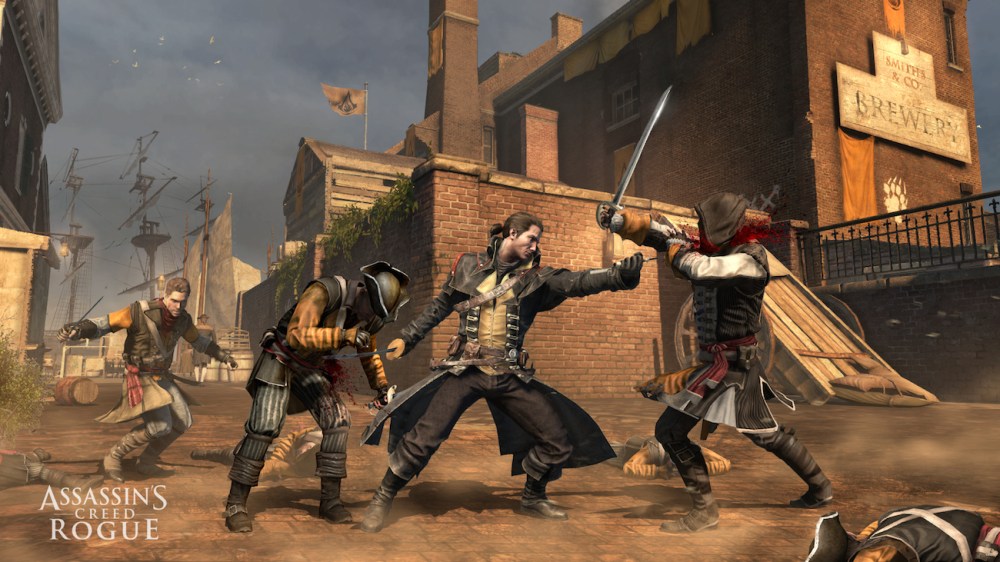 Above: Shay carries two blades: a dagger and a long sword.

When I wasn’t killing people, I spent a lot of my time in the frigid waters of the North Atlantic ocean, one of the three geographical areas you’ll explore. It’s a complete 180 from the tropical islands in Black Flag: You’ll sail through blizzards, discover hidden ice caves, and hunt down narwhals. Most of all, I just loved hearing the snow crunch under Shay’s boots while running through Rogue’s winter wonderland (AC3 had some snowy levels, but these were short).

The harsh climate also affects the gameplay. Shay can only swim in the water for a few seconds before the extremely cold temperature starts to hurt him. You can destroy icebergs to collect supplies or to cause tidal waves that damage smaller ships, and you have to use the Morrigan’s ram to cut through thick sheets of ice on the ocean’s surface. These features don’t do much to prevent déjà vu from settling in (especially if you played AC4), but they definitely give the area its own identity.

The North Atlantic also brings back a sense of mystery that I feel has been missing in the last two games, and it reminded me of my time spelunking in the Roman catacombs with Ezio.