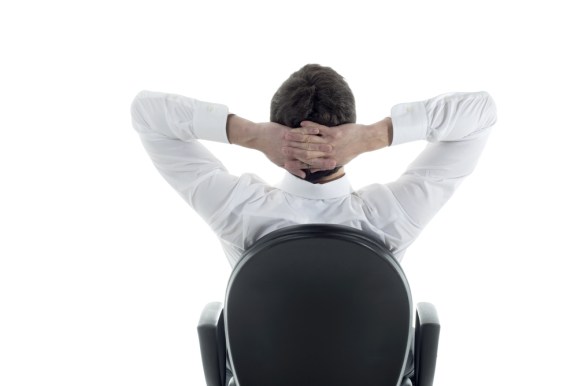 Most large tech companies are no longer run by their founders. This is problematic for investors, because a painful corporate bureaucracy develops when a founder leaves and, as a result, risk-taking and innovation deteriorates.

Any large tech company no longer run by its founder that tells you otherwise is being disingenuous to its investors.

Why is this the case? Many tech companies with enormous research and development budgets can’t innovate as effectively as a few engineers in a garage if they’re not run by their founder. Executives who work at large tech firms are focused mainly on climbing the corporate ladder. If they step out of line to take a risk by innovating and are unsuccessful, then their careers are significantly damaged. If they are successful, they won’t get compensated, as HR departments refuse to materially disrupt compensation structures. For non-C-level executives, the best way to get compensated is to quit and join a startup or smaller founder-led private company.

Founders have earned the respect of their investors. They are less exposed to the pressures of having a short-term investment horizon, and they can take long-term innovation risks. They aren’t subject to the same politics as executives at big companies, nor do they care. They don’t have a job, they have a passion. To quote Steve Jobs, they are crazy enough to think they can change the world.

But what about Google, Amazon, and Salesforce? Aren’t these enormous tech companies that are incredibly innovative? Yes they are, and all are still run by their founders. How are they different? They don’t care about short-term quarterly results; they are correctly greedy in the long term, not the short term.

Google is run by a founder, Larry Page, who has given engineers an incredible amount of flexibility by allowing them to spend 20 percent of their time on R&D initiatives that they are incredibly passionate about.

At Amazon, founder Jeff Bezos doesn’t allow any meeting to take place that requires more than two pizzas in order to eliminate the “too many cooks in the kitchen syndrome” (otherwise known as bureaucracy).

At Salesforce, founder Marc Benioff emerged as the quintessential cloud evangelist; I look for Mark’s passion in all CEO/founders that I meet with when I do due diligence on potential venture capital investments. (As an example, we invested in cloud company Bracket Computing partially due to the visionary passion of cofounder Tom Gillis.)

Many investors believe that we are in a tech bubble. While I can’t disagree that valuations on some private companies are lofty, I can argue that part of the lofty valuation is due to the fact that many large-cap tech companies have extremely low organic growth. As a result, and due to their inability to innovate, they have no choice but to make many acquisitions.

Given the large number of mature, large-cap tech companies no longer run by their founders, the number of expensive private market acquisitions has materially increased. The private tech market has caught on to this and, as a result, many tech companies are staying private longer.

The goal of many VCs, and private companies, is no longer to have a sub-billion dollar IPO. Rather, it has been fruitful for VCs to encourage portfolio companies to wait even longer to go public; large-cap tech companies are partially to blame for current lofty valuations, which is indirectly due to the fact that they are incredibly ineffective at innovation.

Does this mean that large-cap tech companies no longer run by their founders are significantly overpaying for acquisitions? Not necessarily, as many large-cap tech companies have more than 50 percent of their revenue overseas, versus many private companies that have almost all of their revenues from domestic sources. Small private companies are better innovators but have problems scaling; large companies are better at scaling but have problems innovating.

How do we address the large company innovation conundrum? Perhaps they should emulate the Google/Amazon/Salesforce practices of giving engineers much more creative freedom, keeping innovation teams small, and ensuring that there is more evangelical passion present.

It’s also important for large tech companies to encourage innovation risk-taking by implementing unlimited upside bonus structures for engineering teams, tying them to the upside success of the products and services that they pioneer.

Otherwise, your best talent will be incentivized to quit and join a startup run by a passionate founder, and investors will also run for the exits.

Chris Haroun is a partner at San Francisco-based technology venture capital firm Artis Ventures and a professor at the Hult International School of Business.