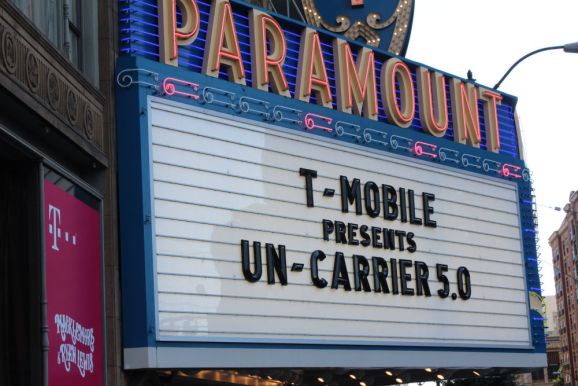 The Federal Communications Commission (FCC) said today that it had come to an agreement with T-Mobile in which the carrier will take steps to make sure that its customers get accurate results when they run data speed tests on the networks.

The FCC is concerned that T-Mobile may be obscuring customers’ understanding of the network speeds after the customers have burned through their data allotment for the month and T-Mobile begins throttling their speeds.

The whole issue centers on T-Mobile’s decision in June to exempt certain data speed tests from the throttling, so that even when a customer is out of data the speed tests will reflect normal network speeds. The FCC thinks T-Mobile should make it clear to customers when they are getting throttled speeds.

T-Mobile sells several plans that give customers a set amount of throughput for the month, then when they use that up, T-Mobile reduces the throughput speed down to 128 kilobits per second (Kbps) or 64 Kbps for the remainder of the billing period.

As part of the agreement, T-Mobile will send text messages to customers that will enable them to more easily get accurate speed information, place direct links to accurate speed tests on customer handsets, and revamp its website disclosures to provide clearer information about the speeds customers actually experience.

“The FCC is committed to ensuring that broadband providers are transparent to consumers. I’m grateful T-Mobile has worked with the FCC to ensure that its customers are better informed about the speeds they are experiencing,” said FCC Chairman Tom Wheeler in a press release. “Consumers need this information to fully understand what they are getting with their broadband service.”

This isn’t the first time T-Mobile’s attorneys have had to reckon with the FCC this year. The commission announced in July that it was investigating complaints that T-Mobile billed its customers for millions of dollars in unauthorized third-party subscriptions and premium text-messaging services.