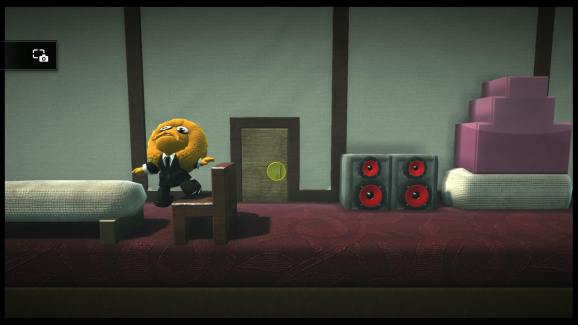 The level creator in LittleBigPlanet 3 (read our 95/100 review here) helps players make anything they can imagine. But that doesn’t stop a lot of people from re-creating familiar things and putting their own stamp on them. Like, say, a lot of games that came out this year.

We sifted through the millions of levels people have made to find the best ones based on popular 2014 releases, and our findings are below. You should go play them yourself, but if you don’t have time (or LittleBigPlanet 3), check out the videos below.

OK, so technically, Outlast came out in 2013. But it launched on consoles this year, so I’m going to count it. Especially since this level by Willivraison0up does such a great job capturing the horror and re-creating the creepy hallways of Mount Massive Asylum.

Timbocole rebuilt the first level of the latest installment in the Donkey Kong Country series, which is a nice change from the more obvious selection of Level 1-1 of Super Mario Bros. The designer’s adaptation of the ape-launching barrels is especially clever and well done.

The latest in the trigger-happy blockbuster series gets sacked in this clever offering from I-AKAY-I. Behold as the user brings back such memorable scenes as the disastrous first drop and that time Mitchell’s squad crossed the street.

The second Octodad game brought its weird humor and intentionally awkward controls to your homes this year, and this LittleBigPlanet-ing from juicyfruits11 captures the magic, excitement, and property damage of the disguised octopus’ wedding day. It also gets bonus points for its synthesized version of the catchy theme song. Be sure to check out the guests for some fun cameos.

If you never thought a Sackperson could be terrifying, check out this level by teddyman1970, which features both a decent version of the game’s space station Sevastopol and an oddly unsettling Xenomorph analog that only gets weirder when you splatter it with ineffectual paint bullets.

This game isn’t even out in the U.S. yet, but that didn’t stop user sliesthook_12- from prototyping a simple level in its honor. It definitely has the look and feel right, and it even has coins and hidden jewels to pick up. Here’s hoping we get a lot more of these in the future.

We have two offerings based on developer Ubisoft’s latest history-stabber. The first one comes from ed181, and it uses LittleBigPlanet’s grab function to simulate shanking guards in the kidneys. It’s simple and effective.

This other one is by SEALsSUGIYAMA, and any explanation I can offer will not do it justice. It’s a top-down action level that starts out with an elaborate cinematic and includes platforming, hang-gliding, and a mighty final boss. It’s also kind of odd, but that only makes it better.

We saved the most epic for last, as this sprawling version of the latest sneaking mission, courtesy of community member DFWHoppe, is a scene-for-scene remake of the entire game. It even has collectibles to scrounge up and new levels to unlock. It’s an impressive accomplishment all around.