App and game makers got some welcome relief in October, according to marketing technology firm Fiksu. The company’s research showed that the launch of the iPhone 6 and iOS 8 drove record download volumes for the most popular apps. On top of that, the cost of acquiring users dipped a little in October, compared to the previous month.

As the holiday season approaches, marketers are hoping for lots of downloads and lower marketing costs. But as brands and other big companies spend a lot of money to get attention for their games and apps, the cost of acquiring users via advertising on mobile devices has steadily risen. That’s why the October decline in the Cost per Loyal User (or the cost of acquiring a user who opens an app at least three times) Index from $2.25 in September to $2.16 in October is notable. 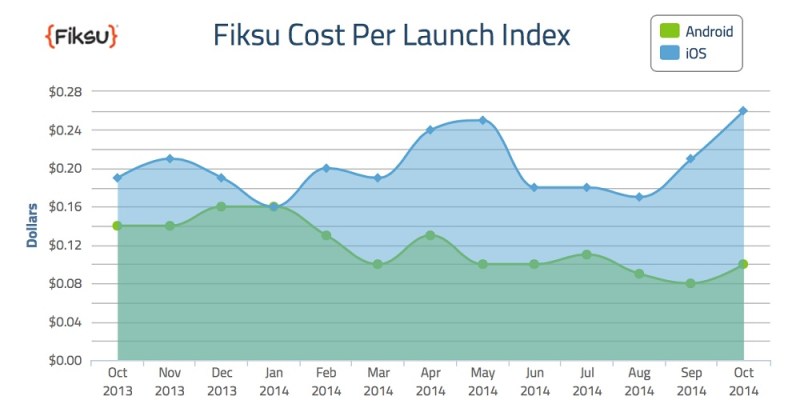 Fiksu said the cost of acquiring users fell in October because of the tendency for app users to quickly re-download their vital apps during an upgrade season. The first set of apps users download on their new iPhone 6s are likely to be those they can’t live without, which makes them much more likely to become loyal users of those apps, Fiksu said. Still, the cost of advertising is high. October’s cost of acquiring a loyal user is up 33 percent from a year ago.

The Cost per Launch Index, which tracks the costs of driving engagement from mobile users, grew 24 percent from September to 26 cents in October. That was up 39 percent from a year ago. 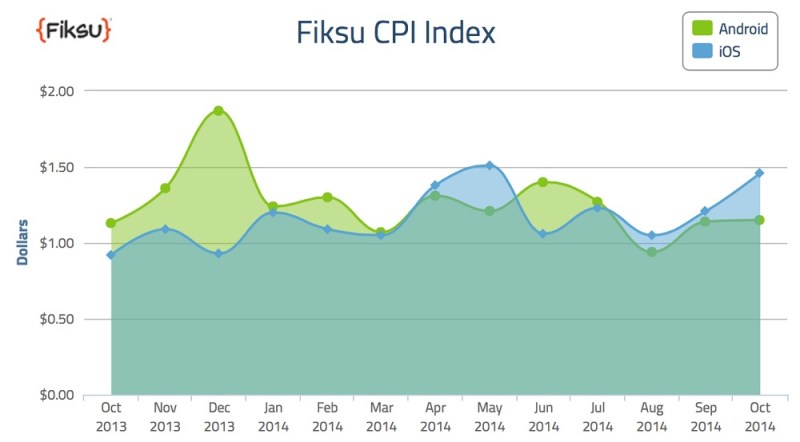 Above: Cost per mobile install in October 2014

And the iOS Cost Per Install (CPI) increased 21 percent from September to $1.46. That’s up 59 percent year-over-year. Fiksu said this big jump in costs demonstrates a marked growth in competition this year as advertising dollars continue to flow into mobile.

“While recent indexes have shown a steady stream of escalating costs, the October index numbers validate another important trend: the increasing importance of apps to consumers,” said Micah Adler, CEO of Fiksu, in a statement. “Mobile marketers must start thinking strategically about their marketing tactics over the longer term and figure out how to use apps to connect with customers. October’s hindsight should serve as a guide for marketers preparing for impending holiday activity.” 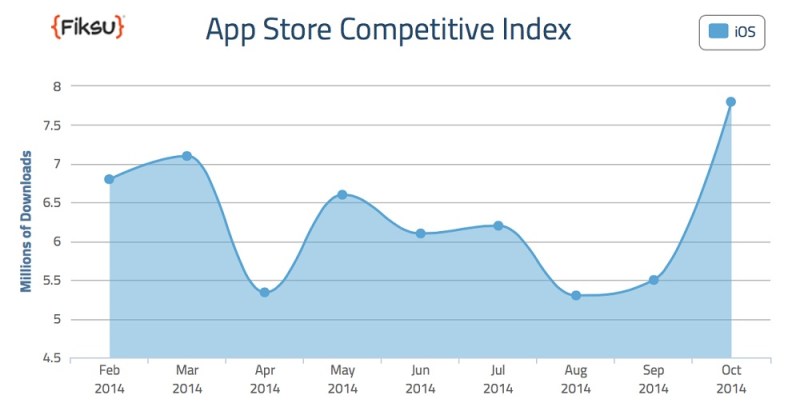