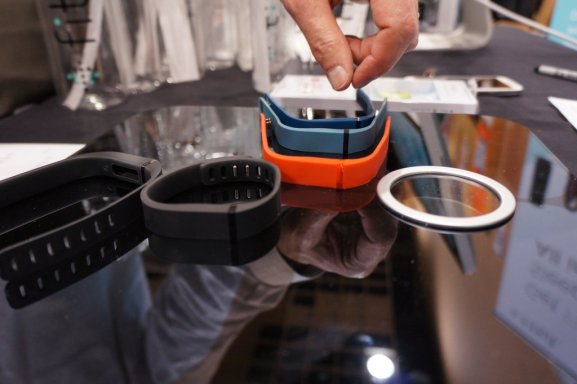 Almost 60 million fitness trackers will be in use by 2018, tripling the number of the devices used this year, says a new research report from Juniper Research.

The firm says fitness trackers like the Fitbit Charge and the Jawbone UP24 will triple to about 57 million in use in the wild worldwide by 2018, up from just 19 million this year.

Juniper analysts expect fitness to remain the dominant segment in wearable devices until that time, pushed ahead by new fitness use cases, new biometrics measurements, and lower prices.

But from now until 2018, the smartwatch category will be gaining steam and by 2018 will take over as the most-worn wearable device. This movement will begin in earnest with the launch of Apple’s long awaited Watch, which is expected to show up on the market in the first half of 2015. Apple reportedly expects to sell 15 million of the devices in the first year. If this happens, smartwatch sales would overwhelm fitness tracker sales far sooner that 2018, as Juniper predicts.

Juniper believes that there are basically two types of fitness trackers — less expensive ones like the $13 Xiaomi MiBand, which will compete mainly on price, and more complex devices, such as the Fitbit Surge, Microsoft Band, and Samsung Gear Fit, which will offer additional features beyond fitness, such as notifications and music control.

Fitbit will remain the leading player for fitness tracking, Juniper says, although its decision not to integrate with Apple Health may harm its market share in the short term.

More capable devices will compete with smart watches, especially those that offer similar notification functions, like the MetaWatch M1 and Martian Notifier, Juniper believes. “However, more aesthetically minded consumers will still choose watches, as fitness-focused devices will prioritize function over form,” Juniper notes in a report.