We might be closer to solving the riddle of the DM fail heard around the Twittesphere yesterday.

Twitter is allegedly in talks to acquire the Justin Bieber-backed social app Shots, according to a report from CNBC. Shots’ main appeal to Twitter is its user base of more than 3 million, nearly two-thirds of whom are women under age 24, according to CNBC’s source. 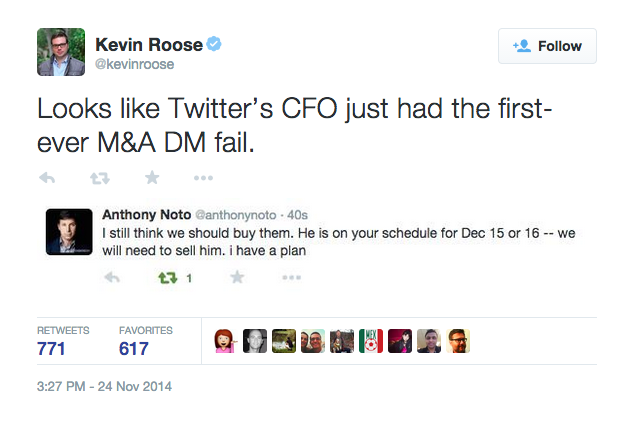 Shots, lead by John Shahidi, is all about snapping selfies — photos of yourself. The app’s user growth has been quite fast, adding more than two million users since April when it had only one million.

A year ago, Justin Bieber invested $1.1 million in the app.