World of Warcraft has left a lot of bodies behind it on the road to success.

Below, we’ve picked one MMO from every year of WoW’s existence. Some are still around, some are dead, and almost all of them switched to a free-to-play model (World of Warcraft still charges a monthly fee). It’s an interesting way to look at MMO history. 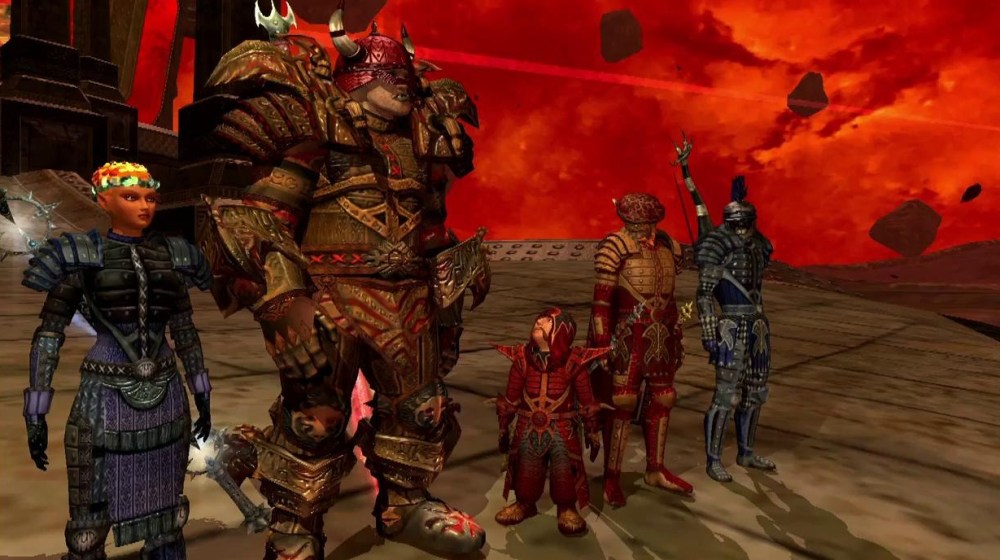 Above: EverQuest II had a less stylized look than World of Warcraft.

The game: EverQuest II is a sequel to the MMO that at its release popularized the genre (and heavily influenced World of Warcraft), 1999’s EverQuest. Like its predecessor, it featured a fantasy setting and plenty of player-vs-environment questing.

Why it couldn’t beat Warcraft: Timing. EverQuest II came out just a couple of weeks before World of Warcraft. In fact, a lot of publications at the time were hyping this as the MMO war. It wasn’t even close.

EverQuest II just couldn’t compete with World of Warcraft’s broader appeal. Also, plenty of EverQuest fans stuck with the original, which was (and still is) online.

What it is up to today: Like the original, EverQuest II is still kicking. It even had a new expansion, Altar of Malice, come out on Nov. 11. However, its 10th year anniversary didn’t garner nearly as much attention as Warcraft’s did.

Originally a subscription-based only game, EverQuest II added a free-to-play option in 2010. 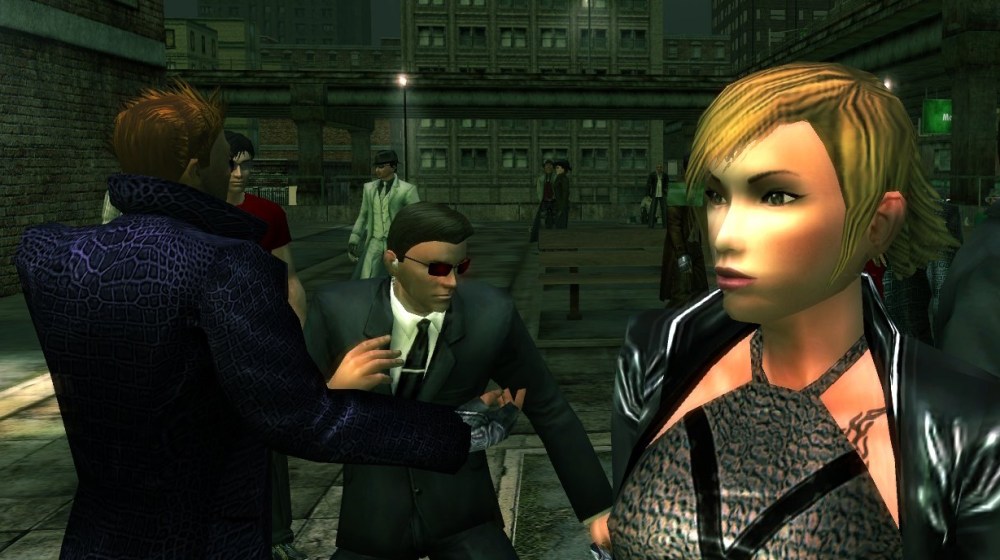 Above: They know kung fu.

The game: Matrix Online was an MMO based on the films which let players take control of humans who battled for freedom inside the computer simulation known as the Matrix.

Why it couldn’t beat Warcraft: The Matrix was a hot property earlier in the decade, but despite a lot of hype, fans and critics did not warmly receive the two sequels for the original (which both came out in 2003). That growing cynicism toward the franchise carried over to this game. Basically, people weren’t all that interested in seeing the story of The Matrix continue on in the form of an MMO. Plus, World of Warcraft was quickly picking up steam as a dominating force.

What it is up to today: The Matrix Online closed in June 2009 due to low subscription numbers. 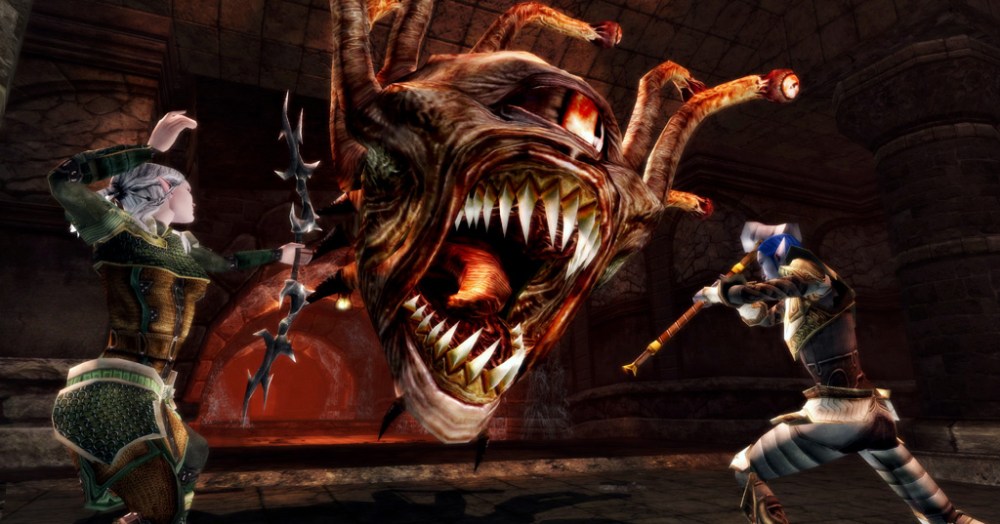 Above: Do you think that evil, flying eye creature could feel love? Have dreams? Ponder its existence?

The game: An MMO based on the popular pen-and-paper role-playing game whose rules srping from Dungeons & Dragons’ 3.5 Edition.

Why it couldn’t beat Warcraft: D&D is very popular, but it’s difficult to translate it to an MMO. Part of the fun of D&D comes from the storytelling that emerges from your dungeon master and characters. It’s a challenge for a video game to match that.

What it is up to today: Dungeons & Dragons Online is still alive. It even got a new update in September. It went to a free-to-play model back in September 2009. 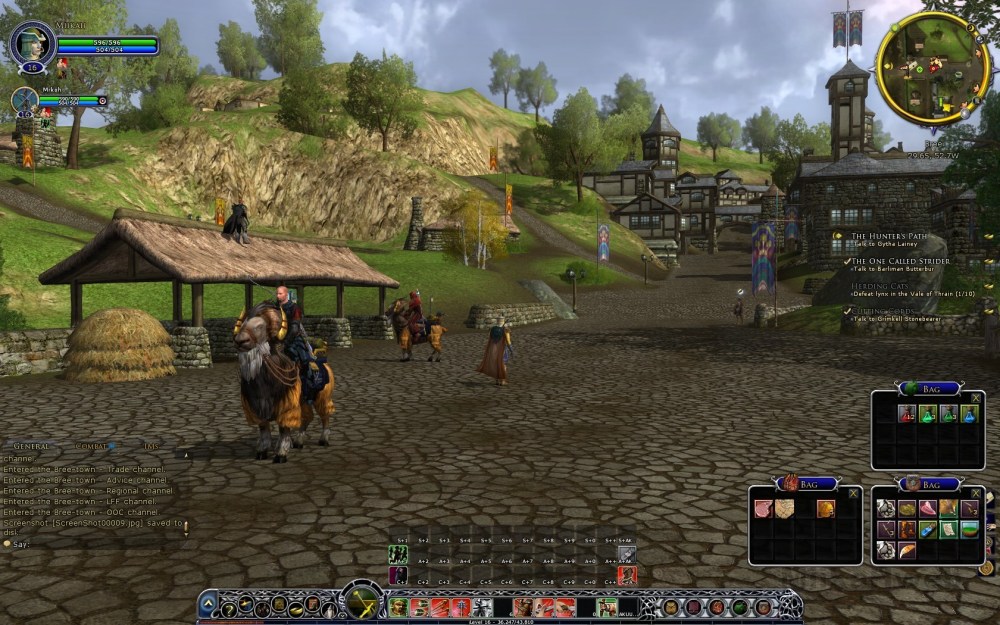 Above: It really does look like World of Warcraft, doesn’t it?

The Lord of the Rings Online

The game: Although its Middle-Earth setting became famous with a mainstream audience a few years earlier thanks to The Lord of the Rings movies, this game is based on the books.

Why it couldn’t beat Warcraft: Developer Turbine attempted to beat World of Warcraft with the backing of a huge fantasy IP, but WoW’s popularity was beginning to skyrocket. Its first expansion, The Burning Crusade, came out just a few months before The Lord of the Rings Online.

Also, while undeniably fun, LOTRO was ultimately too similar to WoW. Many players tried it, but they returned to the familiar pastures of Azeroth, where they had already spent dozens (if not hundreds) of hours of time.

What it is up to today: LOTRO added a free-to-play option in 2010, which helped it remain relatively popular, although it’s still nowhere near World of Warcraft’s success. 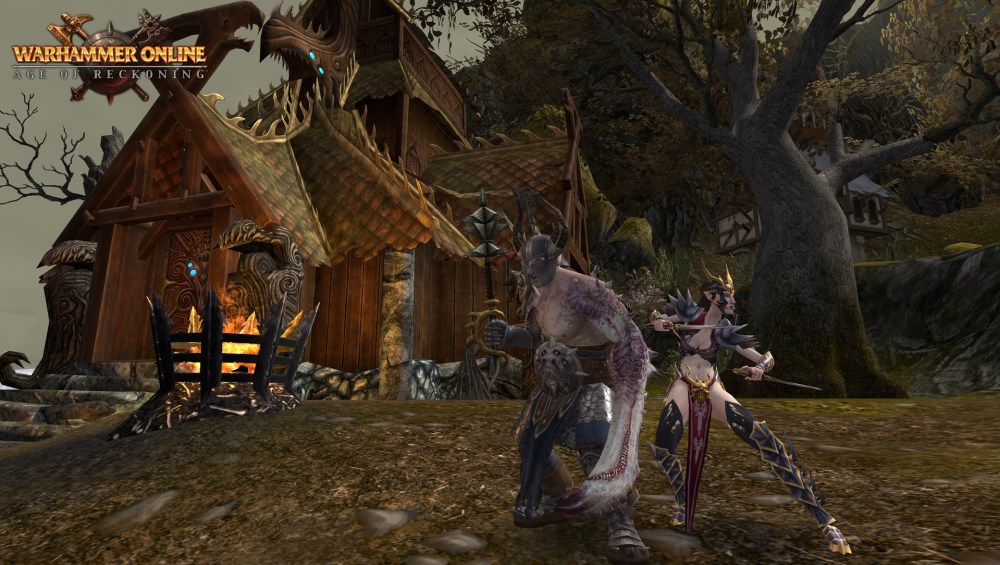 Above: They’re about to reckon something.

What it was: It was an MMO set in the Warhammer fantasy series, a place primarily established via the popular table-top games. It featured a heavy emphasis on player-vs-player combat.

Why it couldn’t beat Warcraft: Despite positive reviews, Warhammer Online couldn’t overcome World of Warcraft. Just like with The Lord of the Rings Online, it was ultimately too similar to the MMO king to really stand out. 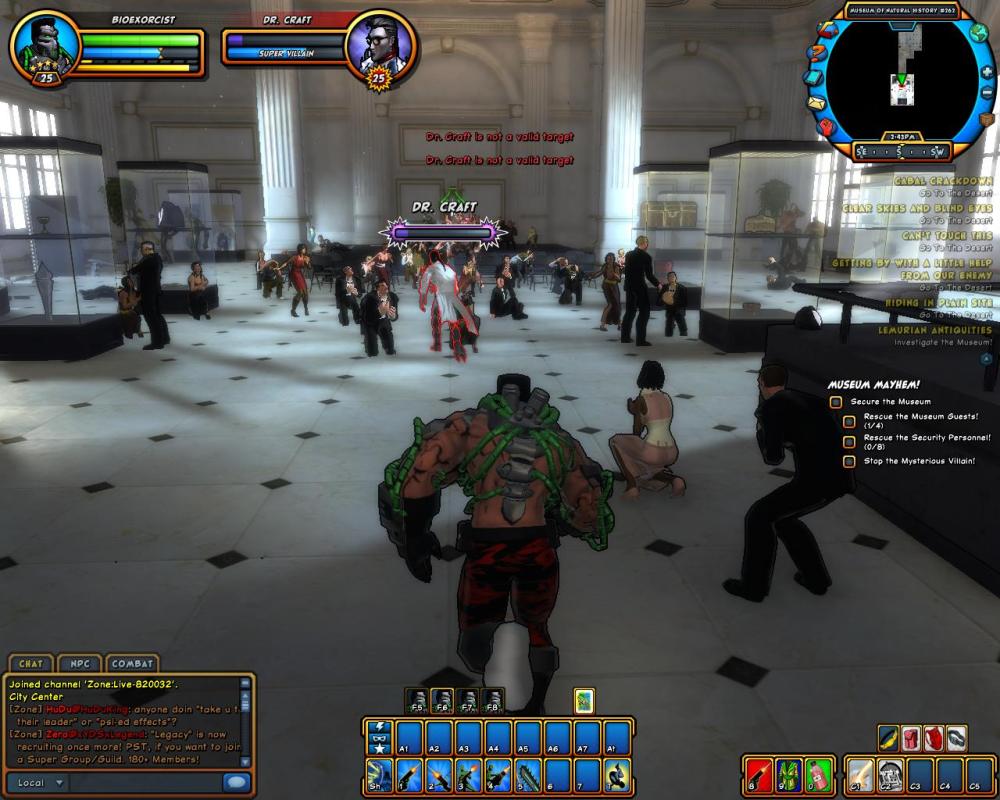 Above: Why is a supervillain not a valid target?

The game: A sort of spiritual successor to the popular City of Heroes, Champions Online was an MMO in which players created and played as their own superheroes.

Why it couldn’t beat Warcraft: When it launched, Champions Online still had to compete with City of Heroes, which was active until 2012. Both came from MMO development house Cryptic Studios, although it had sold the City of Heroes IP to publisher NCSoft in 2007.

Since it was another superhero MMO from the same developer, Champions Online didn’t immediately stand out as something new. Also, World of Warcraft was becoming a mainstream sensation, so it was never likely that Champions Online could really topple it.

What it is up to today: While City of Heroes is gone, Champions Online is still active. It went to a free-to-play model on January 2011.