On Xbox 360, the Xbox Live Gold membership service was kind of a bummer. You need the subscription to play games online and, for most of the Xbox 360’s life, you needed it to watch Netflix and other video apps. That’s it, and those are things that the PlayStation 3 did for free.

On Xbox One, Xbox Live Gold is still a requirement for online multiplayer, but now Sony is charging for that as well. Microsoft has also improved the value by offering games at no additional charge each month.

So far, Microsoft has given Gold subscribers eight different games. That’s nice, but it’s kind of pitiful compared to the 22 releases Sony has given PlayStation Plus subscribers.

When Xbox One debuted, Microsoft made a big deal of the system’s included Kinect camera-and-microphone peripheral. It was a big reason the system was $100 more expensive than the PS4, and as a gaming device, the Kinect is clearly a failure.

Releases like Kinect Sports Rivals, Dance Central Spotlight, and Fighter Within were all rehashes of what we saw on Xbox 360. One of the biggest recent releases for Kinect, Fantasia: Music Evolved, came and went in last October. It was worse than panned — was ignored despite a number of positive reviews (including ours).

Gamers are over the Kinect.

But it’s still useful. If you patch your cable into the Xbox One, you can use the Xbox One to pause and play with your voice. You can say a quick command like, “Xbox, go to Forza Horizon 2,” and it will boot right up.

For people who regularly use their Kinect, it’s a feature that is hard to go back from. When you can quickly yell “pause” from the kitchen so you don’t miss a big play while you’re getting food out of the oven, the Xbox One feels very futuristic.

It doesn’t always work, but it does enough of the time that it’s worth always using. 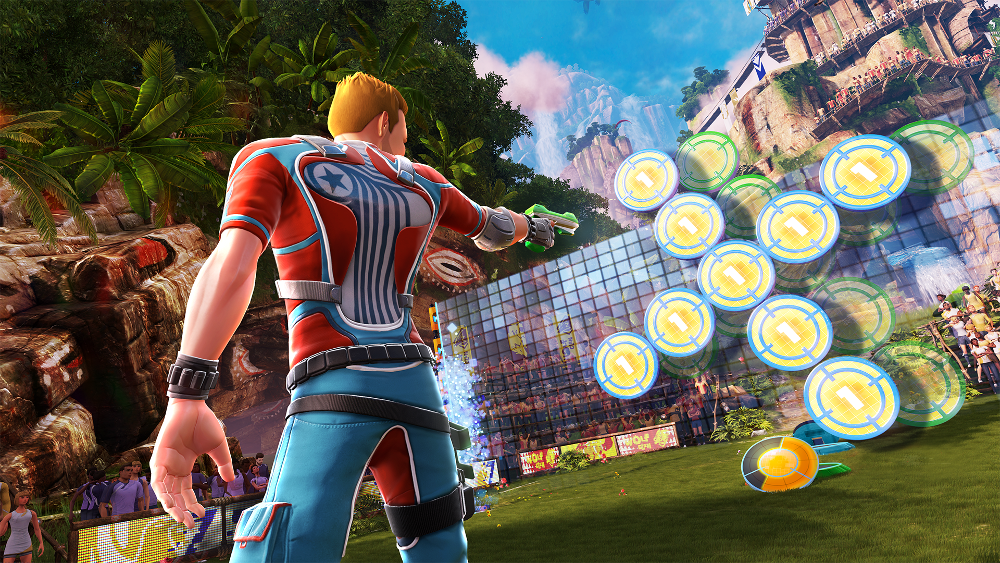 Above: Kinect’s games are disappointing, but the device is still worthwhile.

While navigating with the Kinect is a breeze. The Xbox One’s menus are a bit of a mess with the controller. Most things are a button press or two further away than what makes sense. The settings menu, along with everything else that isn’t a game, lies buried in an Apps folder. It’s a clunky design, but it’s also something you grow accustomed to.

Microsoft also gives you the option to pin any game or app to the homepage, and that’s something that you need to learn to do early on to get make getting around the system easier.

Using the apps is also sometimes weird. Most things like Xbox Music or Friends requires you to snap an app to the side of the screen, which makes whatever your playing smaller. This seems like a half-baked solution. It’s often confusing which side of the screen you’re actually interacting with, and the snapped apps don’t have a lot of screen area to display information.

It does have its uses. Snapping television or videos is actually pretty cool if you are playing something where you can split your attention. And snapping something like the Twitch chatroom while you stream video is useful.

Xbox Live Gold is OK, but its “free” games look weak compared to the competition. The Kinect has its benefits, but it’s a gaming dud, and Microsoft needs to put some more thought into its interface and apps. Nothing here is atrocious — just mediocre.

Microsoft has updated the Xbox One nearly every month for since launch. Through these patches, the company has added Twitch streaming, custom backgrounds, and a much more.

And the company promises to continue supporting the Xbox One with monthly updates through 2015. Microsoft’s engineers are promising to add the capability to take a screenshot at any time sometime early next year.

These updates are tangible proof that Microsoft is always working on making its box better, and it has even set up a website where you can submit new ideas that you’d like the company to incorporate into future updates. Through that site, Microsoft found that people wanted the option to boot right into the television mode, and the company patched that into the system software.

Microsoft has also smartly started a beta program where select Xbox One owners can test out updates early. This helps prevent situations where millions of Xbox Ones get bad updates filled with bugs.

As strong as Microsoft is with its software support, the company has recently had trouble with online. Halo: The Master Chief Collection has completely busted multiplayer. Gamers are running into matchmaking issues that are continuing to plague the shooter weeks after its release.

On top of that, it’s common for Xbox Live to deal with minor issues like the friends list breaking or apps that stop working. Microsoft usually fixes these problems quickly, but it all breaks too often to ignore.

This is an area where Microsoft would do so much better if it weren’t for a few big things. Xbox Live’s problems are annoying, but Halo’s online troubles are unacceptable. 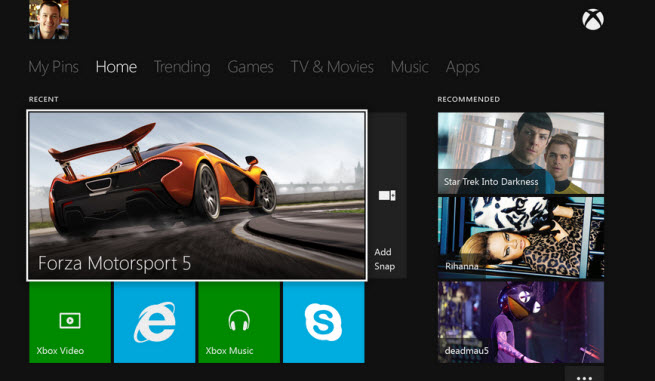 Microsoft knows it botched the Xbox One’s launch, and it wants to make it up to you.

Yes, the Xbox One debuted at $500, but a lot has changed since then. First, Microsoft made the Kinect optional and dropped the price to $400. Then Microsoft started making a number of deals to bundle in big releases (like Madden and Sunset Overdrive) at no extra cost. Then things started getting crazy. In early September, Microsoft started giving away a free game to everyone who bought a new Xbox One. That enabled people to go pick up an Xbox One bundled with Madden for $400, and then they would also get something like Destiny as well.

Now, for the holidays only, Microsoft is making its biggest gesture yet: You can get a new Xbox One for $350. Even if it is bundled with a game or two, like in the case of the Assassin’s Creed package that includes Black Flag and Unity.

Microsoft has gone from an overpriced console bloated with stuff many people didn’t want last Christmas to having one of the best deals for this year’s gift-giving holidays. That’s a big turnaround in 12 months, and it shows that the leadership at the company understands that it needs to do everything it can to win you back.

The Xbox One probably deserves to lag behind the PlayStation 4 in terms of sales. Microsoft’s early issues scared off gamers, and now the company needs to prove that it understands what it did wrong. And it has already made a lot of progress over the first 12 months of the system’s life.

“Microsoft has eaten a big piece of humble pie,” IDC research manager Lewis Ward told GamesBeat. “Xbox One, I’m sure they believed, would build on the success of the Xbox 360 platform not just in the U.S. but worldwide. What they’ve learned the hard way is that getting too far out ahead of where their core gamer base is today — a kind way of putting it — was a mistake, and they’ve made several big course corrections as a result.”

Looking from a gaming perspective, the Xbox One had a slightly better year than the PS4. Especially if you are only looking at the games, and with the low price and enticing bundles, Microsoft could have a monstrous fourth quarter.

“They deserve credit for making these adjustments,” said Ward. “And it’s possible that when the dust settles this holiday season that the Xbox One will be right there with PS4 in terms of total sales in North America.”

Xbox One has a couple of great games already available. It’s relatively inexpensive and comes with games depending on the bundle you get. It also has some exclusives like Halo 5 and Quantum Break lined up for next year.

Microsoft has made a lot of changes to try to make the Xbox One a must-own system, and it worked.