HELSINKI — Wargaming.net got its start as a small wargame maker in 1998. Now it has shipped more than 15 games, including the gargantuan hit World of Tanks, an online tank battler that more than 100 million people have played.

That’s a stunning result for Cyprus-based Wargaming, led by founder Victor Kislyi. The company has grown to more than 3,500 employees in studios around the world. The empire now includes World of Warplanes, launched last year, and the upcoming World of Warships. After four years of trial-and-error, Wargaming also shipped its World of Tanks: Blitz. This mobile game has been downloaded more than 8 million times. That’s not bad, but Kislyi wants to do better. He wants to create happiness for millions of players, and he’s nowhere near done with that task.

I caught up with Kislyi on stage at the Slush 2014 tech conference in Helsinki last week. Here’s an edited transcript of our interview. 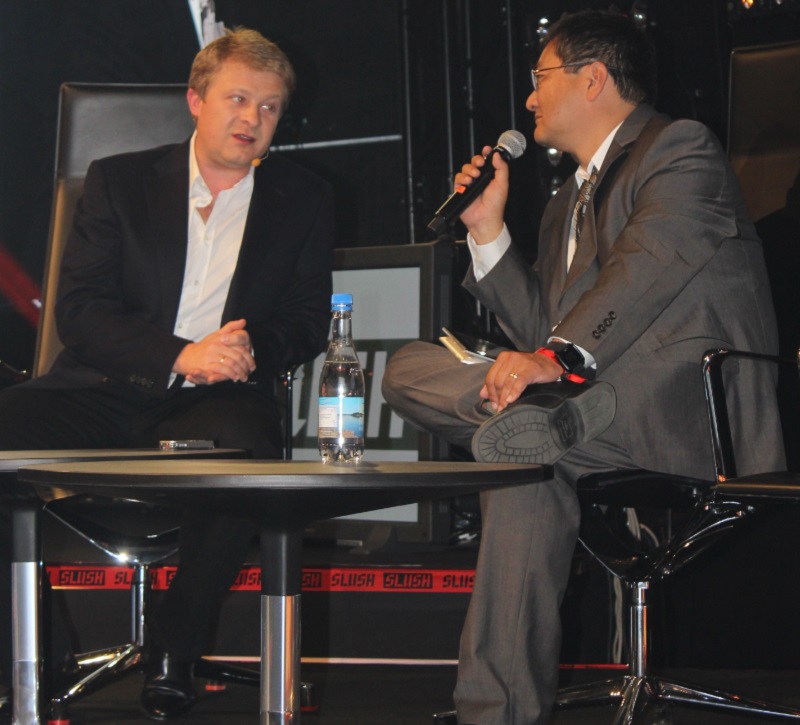 Image Credit: Slush 2014.
GamesBeat: How big has World of Tanks and Wargaming.net become?

Victor Kislyi: We gambled with this. We invested a lot of money and time and effort. It’s paying off so far. In show business you have to take risks. This is our particular gamble on mobile.

GamesBeat: What’s your more global view of the gaming business and the boom we’re going through now?

Kislyi: If you’re thinking about this, it’s evolutionary. If you watch National Geographic, you see the lions. The little lions play with each other, fight with each other. The cat brings a mouse to her kittens to play with. Playing, for big animals, is essential. That’s how we learn to hunt, or to run away from something that hunts us.

Everyone is a gamer. Even if you’re not a video gamer, you play with snowballs, or hide and seek, or board games, or cards. We’re all gamers. It’s just only now that we have this fantastic technology in our pockets or on our desktops or in our laps or in our TVs. No matter how big or small your living room is, the screen is there. Only recently, a decade or so, has everyone — housewives, older people, the youngest generation — gotten access to some kind of screen with a controller. That’s why it’s going to be growing nonstop. If you see numbers about gaming on different platforms, it’s all growing, and mobile is leading the pack.

GamesBeat: When you were starting 18 years ago, you were making World War II games, tank games, the same as you’re making today. But now, 100 million people are playing. What’s changed?

Kislyi: For me personally, and a bunch of people who started with me, it’s passion. I’m lucky to be where I am. I was playing those war games fanatically – Panzer General, Total Annihilation, Civilization, military strategy and tactics, building empires. Then I got to have this job, this business, making those games I loved. It makes good money. I’m busy every day. So it’s about passion. I had it 18 years ago and I have it now. If you’re passionate, the business will be good.

GamesBeat: What do you think about the value of the games business to people? We’ve seen all these billion-dollar deals. With 3,500 employees, you’re larger than Zynga now, which has a $3 billion market capitalization.

Kislyi: Wargaming is a private company. We don’t have any outside investors. We’re not going for an IPO. We don’t have plans to sell to any big Asian whatever. We believe that what we do — we create happiness for dozens of millions of players. I play World of Tanks and Blitz like crazy. Creating this kind of happiness, being consistent, providing the best quality of new products and improving the service for old products, this is what drives Wargaming.

I don’t know what would happen if we IPO’d and I took a lot of money and went on vacation to some island. So far we’re good as we are. I’m afraid to lose this passion – not only my personal passion, but that of the other hundreds and thousands of people who work for Wargaming. I can’t give you a number for what Wargaming is worth. We’re not selling. 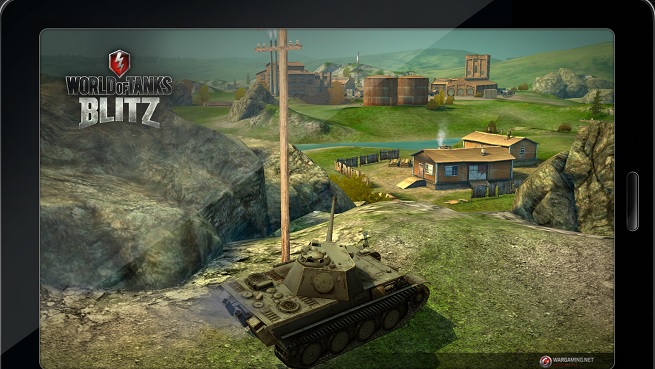 GamesBeat: You have some interesting people working with you, like Gas Powered Games’ Chris Taylor. Tell me about some of your studio heads, these very seasoned console and PC gaming veterans.

Chris Taylor is a perfect fit for our company. He’s working on something big and exciting. We already have it play testing internally and it’s looking good, but it’s too early to tell.

GamesBeat: What’s your view of the future of gaming?

Kislyi: It will never stop, for the foreseeable future. Dozens of years, 15 years for sure, there will be this or that kind of gaming. Definitely, mobile is the answer. Devices are getting smaller and smaller, yet the screens you can project to are getting bigger and bigger, in the living room. Everything is getting connected to the point where you can play any game through any device, including your refrigerator. Just press a couple of buttons on the touch screen. So gaming will never stop. As game developers, it’s up to us to come up with fantastic new ideas and execute well.