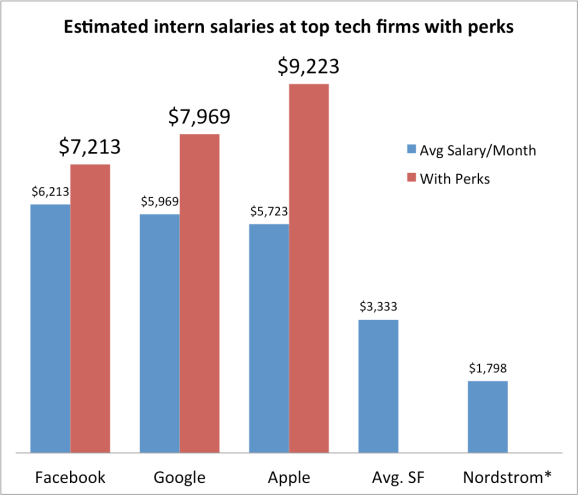 It was big news when the public found out that Silicon Valley interns make about twice as much as the average San Franciscan ($6,000/month vs. $3,000/month). It turns out that we may have missed a few sizable bonuses that salary site Glassdoor didn’t take into account.

This week, a young Bay Area resident, Tiffany Zhong, tweeted a list of top offers made to interns at the major tech companies, compiled by a source close to her. Zhong’s tweet put these salaries in the news again, showing that top paid interns make a lot more money than most of the country. What’s interesting about the list isn’t the base salary but the perks: $1,500/month for housing, a free laptop, and spending stipends. 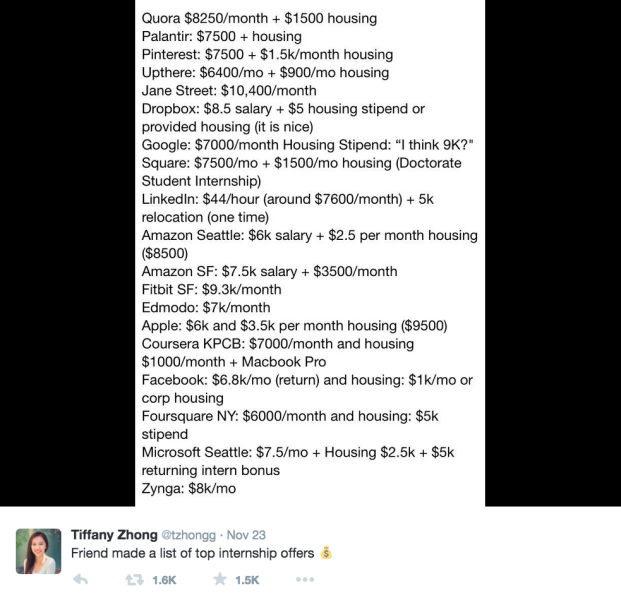 But the recent reports reposting Zhong’s salary list may have buried the lede. We always knew Silicon Valley interns earned more than the average intern, but we failed to take into account some of very expensive extras. So we have to revise our estimates.

The base monthly salaries are right in line with what Glassdoor has estimated for years. But with the added bonuses, it’s clear that interns are earning more than those estimates. Here’s a revised chart (above) based on the estimated perks from Zhong’s numbers. I’ve included the top three tech companies for which Glassdoor has reliable and publicly available data.

Whether or not you think this is unfair, you or a loved one may want to get in on some of the Silicon Valley gold. We hear that software training boot camps work for getting a job.