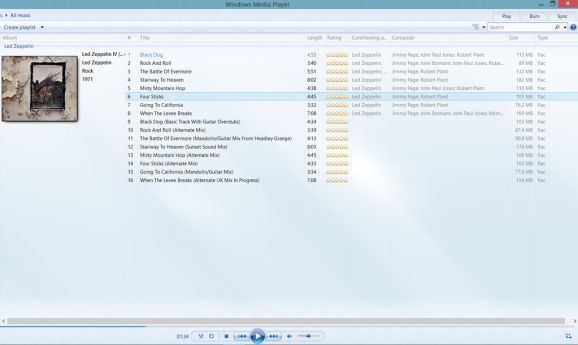 Microsoft is planning to add FLAC support to Windows 10 next year, even further expanding its support for popular media file formats.

FLACis popular among audiophiles and anyone who is bothered by losing quality when recording and ripping music, so the support suggests that Windows 10 might be somewhat more attractive to people who care about audio quality.

FLAC stands for Free Lossless Audio Codec, an audio coding format for lossless (meaning no audio information is removed) compression. FLAC’s algorithm can typically compress digital audio to around half of its original size and be decompressed to an identical copy of the original audio data.

The news comes from Gabriel Aul, the leader of Microsoft’s Operating Systems Group’s Data and Fundamentals Team, who posted a screenshot of the Windows Media Player, via Twitter, along with a note saying there would be “Something to look forward to in the new year.”

Keen eyed #WindowsInsiders will notice something cool about this pic. Something to look forward to in the new year! pic.twitter.com/4uQe5LlLmI

Aul’s “new year” reference is likely in regards to Microsoft’s plan to talk about consumer features in early 2015 and release a Windows 10 preview aimed at this group of users. In April 2015, during its Build conference, the company will share more details specific to developers.

It’s worth noting that Aul has revealed new file format support before. In late October, he confirmed both MKV support, after it was spotted by Neowin, and HEVC support, which apparently testers hadn’t discovered. For context, MKV is the filename extension for the Matroska multimedia container format and HEVC is a video compression standard, a successor to the widely-used H.264/MPEG-4 standard.

Microsoft quietly added native support for the MKV file format in build 9860. With the release of build 9879, the most recent Windows 10 preview, the company officially announced the feature, calling the experience “more complete.” This included support for playing MKV files directly from Windows Media Player (as well as other desktop and modern apps), MKV files showing thumbnails and metadata in File Explorer, and support for DLNA, as well as Play To scenarios.

Upon the release of build 9879, Microsoft also confirmed it added platform support for HEVC. At the time, the company said it’s “not done here yet” — in a hint at more file formats to come — and that it will share more news “later.”