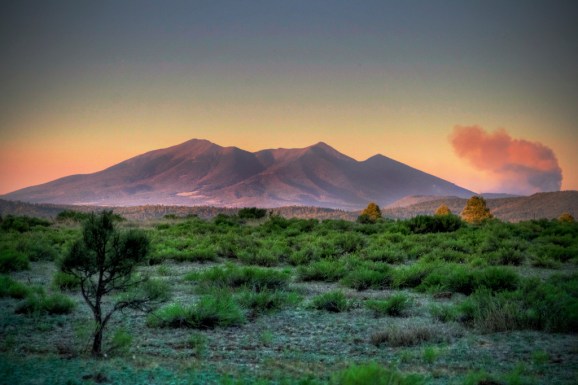 Let’s be blunt. The technology startup scene in Arizona was essentially non-existent for a long time. In a state economy traditionally dominated by real estate and tourism, technology has always been a tough sell.

Sure, Motorola once employed tens of thousands of people in the Phoenix area and Intel still has major operations in Chandler, but from a startup perspective, Arizona has never been the most friendly place. Frankly, not a lot of people really cared about technology.

But a lot has changed in the past decade, and as the founder of two Phoenix-area tech startups during that time, I’ve seen firsthand why Arizona — yes, Arizona — is becoming the next hotbed for startups.

First off, let’s talk Arizona perceptions. They include, but are not limited to, sunshine, golf, retirees, sprawl, a boom-and-bust real estate market and that loudmouth sheriff of ours. To a degree, all these outside perceptions of the Grand Canyon state still hold true. However, what people in Arizona’s tech sector have known for a few years now is how much more there is than that.

Back around 2007, when I was getting my Phoenix tech startup Flypaper off the ground, there had been relatively few successful tech companies started in Arizona, and tech wasn’t on most people’s radar. Raising capital was a huge issue as there were a couple of established angel organizations, but mostly it was a person-by-person effort.

Silicon Valley funds weren’t interested in investing outside of their own backyard, and they didn’t have to because of all the opportunities in California. In Arizona, the people with money often had made a significant amount of it by investing in real estate, and that was all they knew. When real estate was riding high, people wanted to continue to invest in it. When it as faltering, they felt less wealthy and wanted to protect themselves. Investing in technology didn’t even enter the picture.

This was a tough climate to change, but gradually there were successes that made a big difference. The housing crash and the Great Recession came along at a time in Arizona history when the tech community was finally getting itself together. There was a lot of new energy, and people really wanted to make an effort to change the climate for tech companies. The Arizona Technology Investor Forum (rebranding to: Arizona Tech Investors) is a great example. It was just getting off the ground, and the initial members were all people who were really trying to make a difference in the community by fostering a better climate for investment in technology.

The energy around Arizona State University has also jumpstarted the state’s startup scene in recent years. The massive school put an emphasis on tech transfer that it never had in the past, and it also has built up its biosciences programs to help spur local R&D efforts. ASU’s SkySong Innovation Center in Scottsdale opened in 2008 and has since grown to serve as a top incubator for local tech startups.

Piggybacking on ASU’s efforts, handfuls of other local tech incubators and startup competitions have emerged in Arizona in the past few years. For the first time I can remember, there is a real energy behind supporting startups here. It can be felt across the local economy as more leaders realize the value of the startup community as a job-creating force that’s a heck of a lot more dependable than population growth and building more homes.

Now that I’m in the throes of my next startup, SpotlightSales, it’s amazing how different the climate is this time around. There are many more sophisticated investors than there were five or 10 years ago, and I think the organizations in Arizona have become more organized in their approach. There’s more local talent now than there’s ever been. There have been enough successes, and just as importantly, failures, that there’s a broader pool to draw real talent from.

Arizona isn’t going to suddenly usurp California or Texas any time soon when it comes to things like venture funding, but the sleeping giant out in the Southwest is starting to make some noise. Don’t be surprised to hear a lot more about high-tech companies coming out of Arizona in the next several years. The work done on the ground there in recent years all but guarantees it.

Don Pierson has been an entrepreneur in Phoenix for over 25 years. After his previous tech startup Flypaper was acquired by Trivantis in 2012, he joined on as CEO of the startup company SpotlightSales, a performance software platform for virtual and geographically-dispersed sales teams.