In the stampede of blockbusters like Assassin’s Creed, Call of Duty, and the Big Red and Blue Plumber near the holidays, it’s easy to overlook the little guys underfoot. But not everyone wants to load a gun or create bloodshed, and sometimes saving the world is too much hassle. 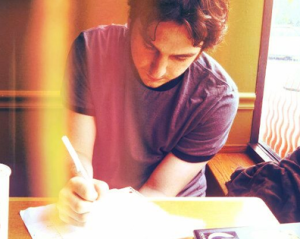 That’s what life-simulations like Harvest Moon — and Wayward Prophet’s free indie game World’s Dawn — are there for.

“Compared to almost everything else on the market, Harvest Moon-type games are slow, quiet, and relaxed,” David Grund, the developer of World’s Dawn, told GamesBeat over email. “They allow you to explore at your own leisure and decide how and how much to play without making too many demands on you. There are certainly goals to achieve, but they always feel within reach — and at the end of the day, stakes really aren’t that high. Shipping a certain number of crops by next week’s market is a pleasant alternative to the familiar ‘save the world’ objective you’ve seen a million times before.”

Anyone who’s played a Harvest Moon-like will know his way around Sugar Blossom Village, the peaceful residence where you settle down in World’s Dawn (available for PC). You can grow crops, raise livestock, fish, shop, cook, and so on — not to mention form relationships with the folk you meet, some of them romantic in nature. Watching the cooking program on my in-home television and meeting potential marriage partners brought back a lot of memories. Taking a dip in the hot springs was instant nostalgia.

World’s Dawn isn’t a clone of the famous Harvest Moon series, though. “What I think will surprise players about World’s Dawn is the amount of new stuff there is to see and find as you get deeper into it,” said Grund. “The most outdated part of Harvest Moon is the sheer repetition you’re faced with day after day; you can play for hours, and your in-game TV will still be showing the same exact ‘news,’ for example. World’s Dawn still lets you settle into that feeling of cozy routine, but it adds a ton of dynamic dialogue, more varied activities and festivals — several of which have an actual sense of history behind them — and magical little secrets you’ll only discover as you get deeper into the game.” 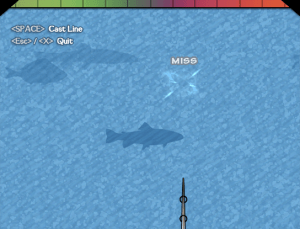 Above: Fishing is one of the best parts of a simple, small-town life.

The 26-plus villagers you meet in Sugar Blossom don’t act like robots, spouting the same lines and doing the same things every day, he said. Your interactions with them won’t feel mechanical. “When you upgrade your home, or adopt a new pet, or work too hard on your farm, or drink one too many cocktails, or just forget to put on pants in the morning, your neighbors will notice and react accordingly.”

And despite whether you play as a girl or a boy, you can court whomever you want — men, women, or both.

But Grund says World’s Dawn doesn’t give you so many choices or possibilities to the point where they’re meaningless. Less is more, as the adage goes, and one that developers of bigger, more mainstream life-sims tend to forget. “The obsessive drive to offer more — more content, more hours, more options — can make a game feel boated and kind of soulless as a result. Generally, indie games are more directed experiences. They may offer fewer paths to follow, but each one of those paths is handcrafted to actually mean something.” 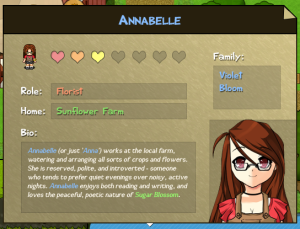 Above: Annabelle is just one of the residents of Sugar Blossom that you’ll meet.

That doesn’t mean that World’s Dawn is linear — quite the opposite. With the previous titles he’s worked on, like the eco-friendly adventure game SPERO (first-place winner of Microsoft’s 2011 Imagine Cup game design competition) and medieval role-playing game Prophecy: The Demon Kingdom, Grund knew where a player would be at any given time. “But in World’s Dawn, two people can play for the same amount of hours and have completely different experiences. Each player’s time with the game is unique in a lot of little ways, which makes balancing mechanics and testing for bugs a huge challenge. I’ve gained a lot of respect for the developers of Harvest Moon!”

Grund has completed the spring and summer seasons of World’s Dawn, which are available for free download. He’s hoping to finish autumn by the year’s end and winter one or two months after that. The whole game is free, and players can transfer save files over and cycle through the seasons indefinitely once completed.

“I may consider charging a few dollars for future games I develop, but at the moment I’m happy getting my name out there in front of as many players as possible,” he said. “Releasing a free title that actually offers a sizable chunk of quality content — rarer than it should be, today — seems like the best way to do that.”

Grund isn’t concerned about the big-name contenders that have been causing the bump in life-sims recently — games like last year’s Hometown Story and this year’s Fantasy Life and Harvest Moon: Story of Seasons (not yet out in North America). He gets why these titles have stuck around since Harvest Moon debuted in 1996.

“What keeps me and a lot of other people coming back for these types of games is just how unique they are, even in today’s market,” he said. “I remember being intrigued and more than a little confused the first time I saw Harvest Moon … a game without violence, without puzzle-solving, without some kind of grim conflict to overcome, and it still managed to be fun and compelling? Today, there are more types of games out there than ever, but it’s still a little depressing how many of them rely on what boils down to killing stuff as a central mechanic. Sometimes you’re just not in the mood for that, and games like Harvest Moon offer an important alternative.” 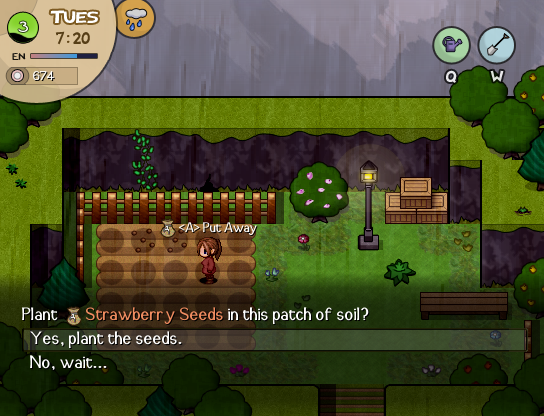 Life-sims aren’t shallow or casual experiences worthy of dismissal, he said. Each game is different. “My aim with World’s Dawn was to create a farming sim with actual depth in the characters and story, which should appeal to players looking to put down roots — forgive the pun — and dig a little deeper into the game world,” said Grund. Say goodbye to the typical action-filled shooter or adventure, and welcome to your new life, as the townsfolk say.

“Often, the more hours you spend with a Harvest Moon title, the more you get a sense of how limited and mechanical its systems are. By contrast, the more you play World’s Dawn, the more its little farming village will come alive and open its secrets up to you.”