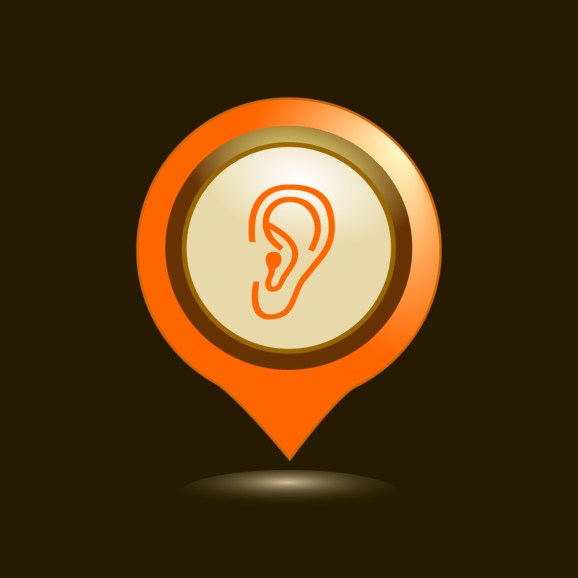 The human brain can process images in as little as 13 milliseconds, according to research from MIT released this year. That’s a hell of a lot faster than earlier studies, which suggested it takes 100 milliseconds. Visuals are just easier to consume: fact.

This is no secret to marketers. It’s the reason images have always been a huge mainstay in advertising, as well as the driving force behind the tidal wave of photos and image-based content shared on social networks — as many as 500 million per day, according to last year’s Internet trends report from Mary Meeker.

Images have surpassed text as the currency of choice in social conversations. Just look at the growth of image-based social networks like Instagram, Pinterest, SnapChat, Vine, and Tumblr. Twitter and Facebook encourage the use of images too because, as socially savvy people know, posts with an image get more views and shares.

Brands are actually using Instagram as a mainstream advertising platform as well. In fact, some of the biggest consumer brands in the world now count Instagram as one of their three or four core social platforms along with Facebook, YouTube, and Twitter. Looking ahead, as brands experiment with virtual reality innovations like Oculus Rift and Google Glass, you can expect new kinds of visual experiences that will look and feel quite different — immersive and multi-sensory.

Today there are a handful of standalone listening and analytics tools for networks like Pinterest but, on the whole, today’s social media listening and measurement platforms are built for a textual world, with limited abilities to fully register the nuances of visuals. This means there’s an enormous chunk of visual Web content that is not being fully “heard.”

Here are six reasons why we can expect visual listening to become a top priority for savvy brands in 2015:

Brands rely on campaigns targeting bloggers and influencers to organically build buzz among followers on image-based social networks, and it’s a tactic that works incredibly well. But now, Pinterest and Instagram are introducing advertising with the goal of dramatically monetizing their currently-bare bottom lines. There are several recent reports that show Pinterest is pricing CPMs at $30-40 and that Instagram’s CPMs will also be on the high-end, with month-long campaigns starting at $350,000 and up. In 2015, you can expect to see major brands diverting advertising spends from traditional channels like TV into image-based social networks to up their game and stand apart from the competition. After all, glossy and gorgeous imagery is easily transferred to digital and social campaigns. Where there’s money spent, there is always the need for analytics and measurement in order to optimize and prove ROI.

Brands have enormous vested interest in knowing where and how their images are being used and shared – deliberately or otherwise — and to glean insights about people’s relationships with, and reactions to, their content. Equally important, visual listening will help brands ensure that other parties are not misusing their images.

Visual listening will open up a world of insights and new business opportunities by discovering more about the moments in which branded images are used in relation to other images, content, and social markers. Using visual listening, you’ll be able to spot patterns and correlations that could lead to serendipitous discoveries, fuel new under-the-surface campaigns, reveal untapped audiences and stimulate product development ideas. For example, imagine the type of campaigns a sneaker brand can create after discovering that consumers are frequently sharing photos of their latest kicks while drinking coffee at Starbucks.

Data science has come a long way. I believe that in 2015 the industry will innovate to make it possible to train a computer to recognize the difference between an image of a dog and a cat. It could even be sophisticated and powerful enough to discern a highly nuanced brand signal, like the crown within the Starbucks logo or the leaf at the top of Apple’s logo. Word on the street is that Facebook is already using some pretty advanced image recognition technology to identify faces in photos and images posted. These kinds of leaps in technology will unleash the potential and sophistication of visual listening.

Emojis, emoticons, and stickers are an integral part of our social vernacular as well as everyday conversations on text and chat. Earlier this year, the Unicode Consortium introduced approximately 250 brand new “pictographic symbols,” including such recognizable additions as the middle finger and the Vulcan salute. In 2015, more racially diverse emojis will be released. Since emojis are technically code, not images, they can today be measured through standard textual tools but for brands, the visual listening (and learning) opportunity lies in understanding how emojis are used contextually, alongside their logos and images.

As the social environment matures in 2015, I anticipate that command centers will spread as a mainstream business tool. By tapping into unified views of textual and visual listening in a totally engaging way, marketers will create a compelling source of social intelligence and action.

How far off is this fantastic future of visual listening? Not that far! Today there are a few standalone solutions but the true future – and power – of visual listening will happen when it will be possible to mesh textual and visual social listening together. I see this coming to reality within the next six to eight months. Just imagine if we could add audio to this mix and create truly multi-sensory — even immersive — social listening. Now that’s something to watch out for.

Will McInnes is chief marketing officer at Brandwatch, a social intelligence firm.