Nintendo’s designers are masters of adding one or two small things to a game to make it feel new, but for its latest release, the company took away a few things.

Captain Toad: Treasure Tracker, out Dec. 5 for the Wii U, is a new effort from the same team that made last year’s Super Mario 3D World. And that makes sense because that game first introduced the concept of small puzzle-like stages where players controlled the heroic adventurer Captain Toad. The big thing that set the Mushroom Kingdom’s answer to Indian Jones apart from Mario is that Captain Toad cannot jump, which drastically changes how you interact with the world.

While Captain Toad’s stages were a nice distraction in Super Mario 3D World, this style of gameplay now needs to sustain itself over the course of a whole game. I had my doubts that it would accomplish that, but I’m happy to say that Nintendo succeeded in making this happen. 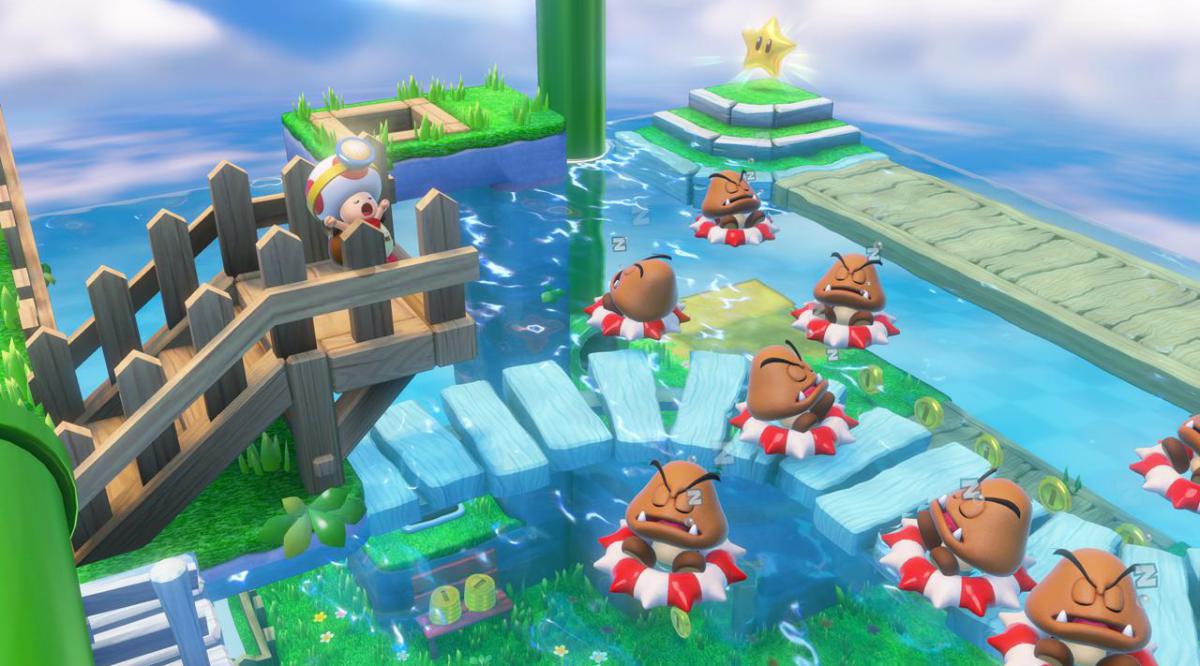 Above: The levels always have a lot going on in their very confined spaces.

The difficulty is just right

Captain Toad: Treasure Tracker is set up as a series of tiny stages where you must collect a star to move on. Each level also holds three hidden gems and a secret challenge.

What’s incredible is that Nintendo has made a game that I found challenging despite my 25 years of gaming experience. Typically, I find that games with hidden collectibles are afraid to really make players search and instead put everything in obvious nooks and corners that are only slightly out of the way. But even though Treasure Tracker’s levels are tiny (they fit on the screen without you having to pan or zoom out), I had serious troubles finding everything.

And that’s what you want from a game like this. You want to crane your neck and to have to explore every inch of the cube-like stages to find that last gem.

Some of the hiding places are extremely clever, and sniffing them out made me feel pretty satisfied.

Plenty of levels and bonuses

Treasure Tracker is broken up into episodes, and each one gets more and more challenging. I found that the standard levels were enough to keep me playing for hours — especially since I didn’t want to move on at least until I found all the gems.

But the game also features a neat bonus mode where you can play many of the levels from Super Mario 3D World as Captain Toad. Nintendo has chopped and screwed these stages to make them friendlier to a character who cannot jump, and it is a new way to explore a game that you might have already played through. 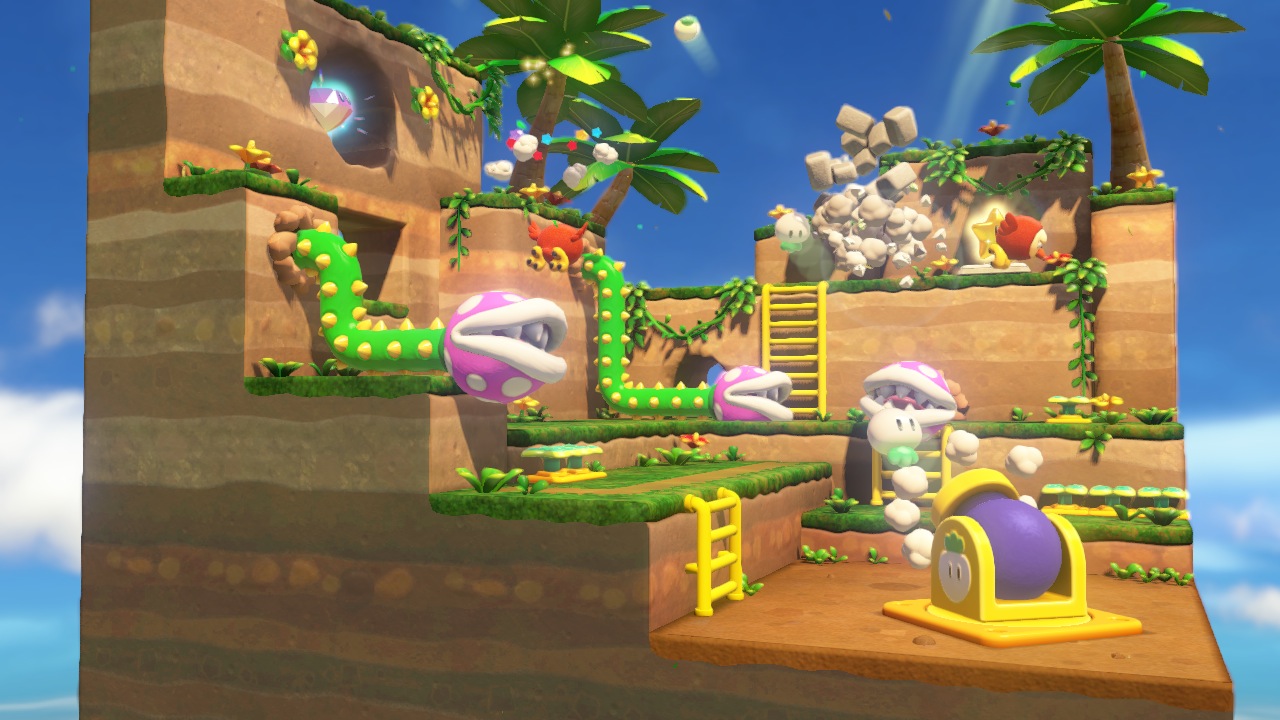 Above: Each stage has a secret objective. In this one, you need to avoid killing any of the Piranha Plants.

Camera can cause some minor frustrations

While the levels are small, the camera still needs to hover quite a ways away from your character to give you a decent perspective on the action. But I wish I had more control over it.

You can move the camera up and down or left and right while you play, and sometimes you can hit the X button to get a close-up perspective on Toad, but that’s it. I found myself often needing a midrange view on what was happening, but that option was not available to me.

This can present problems when you’re trying to get into the deepest, most-remote corners — although, it wasn’t enough to make me quit playing.

Captain Toad: Treasure Tracker most reminds me of the old Game Boy version of Donkey Kong (often called Donkey Kong ’94). Both are spinoffs of other games that focus on small stages where you need to get to the end while collecting tough-to-get items.

And like Donkey Kong ’94, Captain Toad: Treasure Tracker is a fun experience distilled down into digestible chunks.

I’m not sure any other big, triple-A publisher would try making a game like this, but I’m very glad that Nintendo did.

Nintendo provided GamesBeat with a downloadable copy of Captain Toad: Treasure Tracker for the purposes of this review. The game releases on Dec. 5.