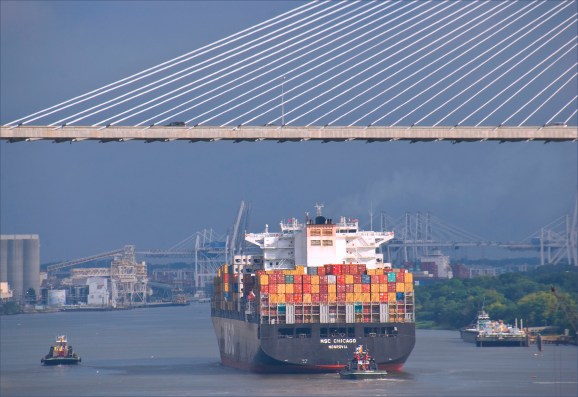 CoreOS, a startup building a server operating system in the shadow of enterprise giants like Red Hat, has ridden the coattails of Docker and its trendy container technology for deploying and running applications. Now CoreOS has come out with its own standard.

It’s called an app container, as CoreOS founder and chief executive Alex Polvi explained in a blog post today, and it comes as Polvi has seen Docker focus more and more as a company on processes.

“We’re building it because Docker has evolved into more than it originally set out to be,” Polvi told VentureBeat in an interview. “We don’t feel that’s a problem at all; it’s just a different product than what we all signed up for.”

In addition to putting forth its alternative to Docker containers, CoreOS is also releasing a command-line tool called Rocket for deploying its app containers. Polvi doesn’t wish to alienate those who are sold on Docker — and lots of companies already are — as a more efficient unit for running applications on servers than longstanding virtualization technology from companies like VMware.

“We’ll use Rocket to package Docker,” Polvi said. He compared Rocket to Git — the open-source revision-control tool for managing code repositories — in its ability to work with a wide variety of technologies. In other words, it’s nothing like GitHub, a commercially available implementation of Git. The Git comparison is big, and it shows that CoreOS has big ambitions in the container community. (So do Microsoft, Google, and VMware, among others.)

Certainly if you ask Docker’s executives, you’ll see they believe their already popular technology is not about to be set to the side, even as Docker has expressed its intent to focus more on advanced functions, like monitoring and orchestration.

Docker chief executive Ben Golub pointed to the latest metrics in an email to VentureBeat:

With a lot of hard work and participation across the community, Docker capabilities grew, we were able to make the same Docker container run successfully across all major infrastructures, and we built a robust ecosystem that now includes:
– over 700 contributors (95% of whom do not work for Docker inc)
– over 65,000 free, Dockerized languages, frameworks, and applications
– support by every major devops tool, every major public cloud, and every major operating system
-a robust ecosystem of third party tools built on top of Docker. There are now over 18,000 projects in GitHub with Docker in the title.
-Over 175 Docker meetup groups in over 40 countries
-Millions of Docker users

Golub took issue with the “questionable rhetoric and timing of the Docker announcement,” given that DockerCon Europe is to be held in Amsterdam later this week. But altogether, he wrote, “we hope that we can all continue to be guided by what is best for users and developers.”

Time will tell how much CoreOS’s new technologies will be supported. Polvi is optimistic.

“The whole point of containers is interoperability,” he told VentureBeat. “We want that standard to actually be a meaningful thing.”