We all have series that we love a bit more than others. Kingdom Hearts is definitely one of mine. As a huge Disney and Final Fantasy fan, this odd cross-over of action role-playing games feels like a gift crafted specifically for me.

That’s a lot of content for one package, especially considering it includes the franchise’s strongest entry, Kingdom Hearts II. If you love the series like I do, this is a great way to revisit some of the better action-RPGs Square Enix has ever created. 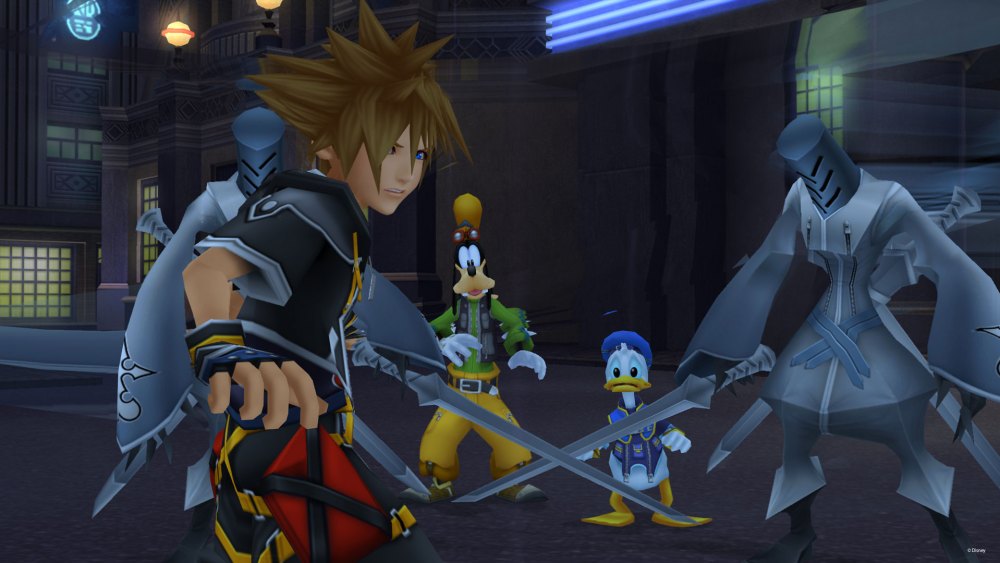 Kingdom Hearts II came out for the PlayStation 2 in 2006, Birth by Sleep originally hit the PlayStation Portable back in 2010, and Re:coded was a 2011 DS remake of a mobile game that previously appeared in Japan (unlike the others, only Re:coded’s cutscenes are a part of the HD collection).

Each game has received noticeable visual upgrades. Kingdom Hearts II looks as good as most PlayStation 3 games, and the music for each of these sounds great thanks to some added orchestral elements. They also run smoothly, with few glitches or performance drops.

Kingdom Hearts II was my favorite entry in the series. Hell, it’s one of my favorite games. Luckily, not only does the HD remake look fantastic, but the base experience holds up very well. It’s still an exciting RPG with tons of over-the-top abilities, challenging bosses, and lots of extra things to discover.

It also features the neatest Disney worlds in the series, especially ones based on the live-action film Tron and another on the classic, black-and-white Mickey Mouse cartoons of the ’20s and ’30s.

Also, while the original Kingdom Hearts had a pretty straightforward plot (defeat darkness and restore light, blah blah blah), the sequel expands the world beyond Disney and Final Fantasy cameos, especially with the addition of the tragic character of Roxas. Other memorable characters like Axel and DiZ also help to make the plot more interesting. 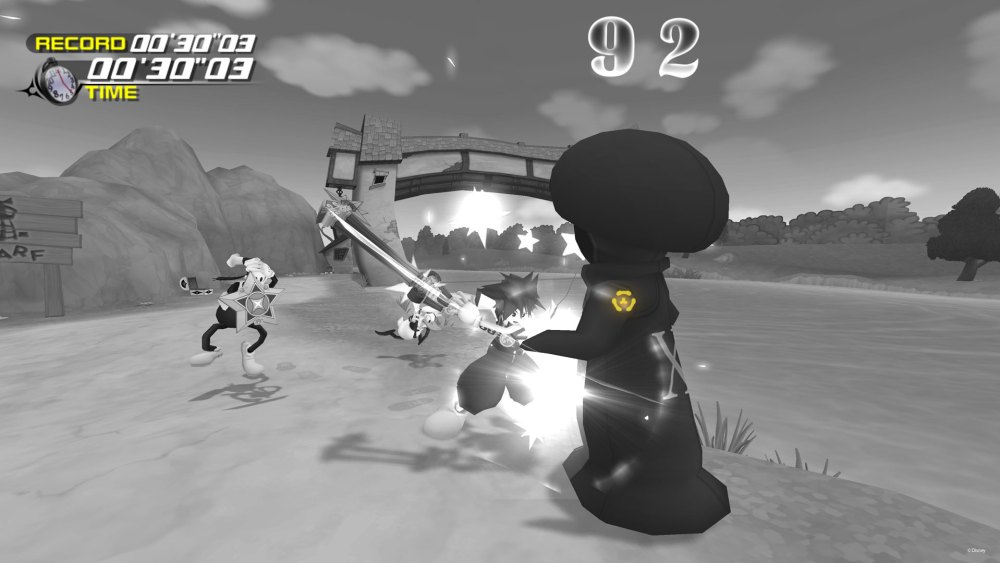 Above: This level makes me squeal with joy.

First off, it’s great to play Birth by Sleep on a console. The PSP was a limited system that didn’t have a second analog stick or more than two shoulder buttons, so playing a Kingdom Hearts game on the portable was sometimes frustrating. Now, Birth by Sleep is as easy to control as Kingdom Hearts II.

In terms of gameplay, Birth by Sleep is similar to Kingdom Hearts II, although the magic system is a bit more interesting. Each ability and spell has its own cooldown timer, almost like you’d find in a massively multiplayer online RPG like World of Warcraft. They also level up independently of your character, and you can even combine them to unlock new abilities. It adds interesting new layers of customization to the series. 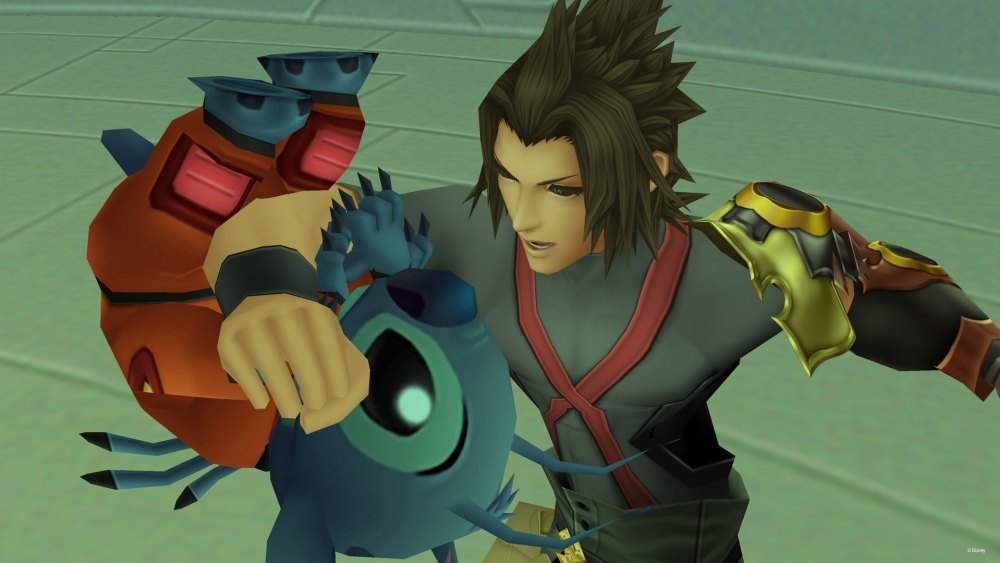 Above: Did he just clothesline Stitch?

Similar to the treatment Kingdom Hearts 358/2 Days got in the 1.5 Remix, Square Enix has combined Re:coded’s cutscenes with some new material and narration to turn it into a three-hour movie — and it’s not a great one. Re:coded was already the series’ least consequential game. The plot has Mickey and friends exploring a digitized version of the events of the first Kingdom Hearts, an obvious cost-cutting move to enable Square Enix to reuse old assets.

The whole thing feels like a retread that only includes one decent revelation, which you don’t get until the end. And it’s not worth sitting through three hours of exposition. The HD Remix also comes with a new secret ending, but it’s not particularly interesting. 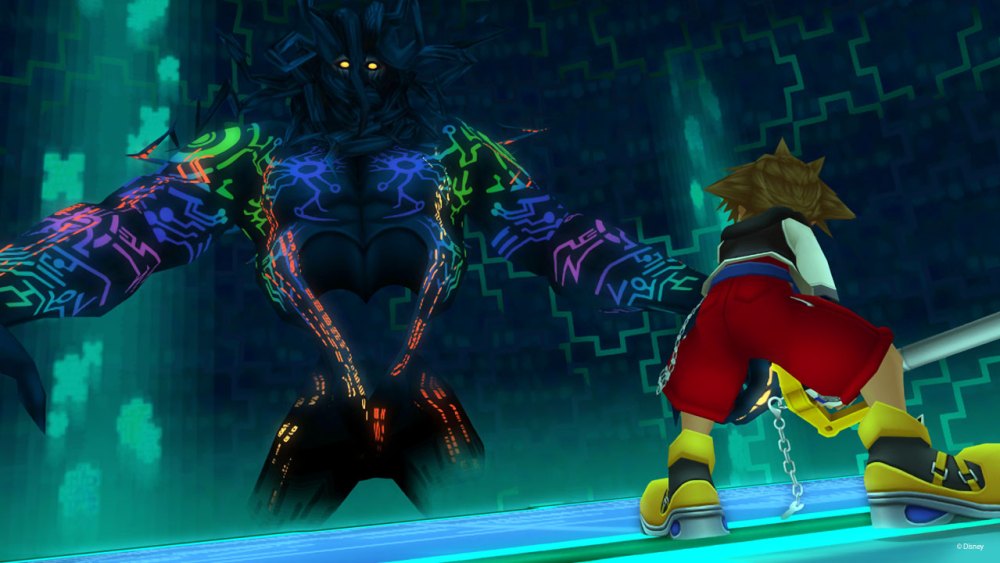 With these games, the series’ story became a bit of a mess. Kingdom Hearts II managed all of the extra lore fine, but Birth by Sleep adds so many new elements to the overall plot (more clones, body possession, Keyblade wars, overly complicated plots by bad guys) that it all becomes hard to follow. Re:coded doesn’t help. It’s at once a retread of the original while trying to combine all of the pieces of the sequels and prequel together, but it just becomes even more confusing. If you really want to know what’s going on in this series anymore, you’re going to need to spend a lot of time on a wiki (which, yes … I have done).

As much as I love Kingdom Hearts II, it has flaws. It’s annoying how many worlds it revisits from the original. Did we really need to go back to Aladdin, Hercules, Little Mermaid, and Nightmare Before Christmas? Especially with so many unexplored Disney films available, it feels lazy to revisit so many places.

Birth by Sleep has its own problems. The voice actor for one of the three playable characters, Terra, sounds like he’s half asleep the entire time. It also includes a weird Mario Party-esque minigame that is one of the more bizarre experiments in the franchise. 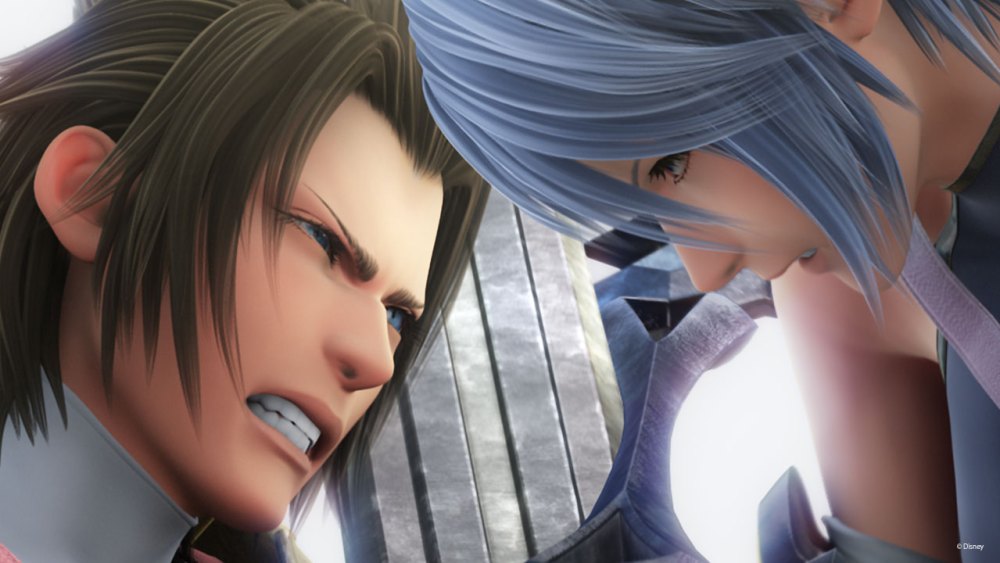 Above: Birth by Sleep features double the angst of a normal Kingdom Hearts game.

Basically, your enjoyment with this HD collection depends on how much you loved the originals. If you’re like me, it’s great to re-experience Kingdom Hearts II and Birth by Sleep with all of the upgrades, even if the Re:coded movie is a total bore.

You could argue this is a better collection than the 1.5 HD Remix. Kingdom Hearts II is an improvement on the original, and Birth by Sleep is a much meatier game Chain of Memories. However, while 358/2 Days also felt long as a movie, at least its plot had some heart, while you’re better of refreshing yourself on Re:coded’s story by reading a summary online.

If you already tried the 1.5 HD Remix and couldn’t get into the series, I doubt this will change your mind. But for Kingdom Hearts fans, this is a great package.

Kingdom Hearts HD 2.5 Remix is out on Dec. 2 for the PlayStation 3. The Publisher provided GamesBeat with a copy for this review.