Google Analytics for mobile is essentially a monopoly, with almost 95 percent market share on Android. But the highest-rated apps use analytics packages like Mixpanel, Kochava, and Tune’s MobileAppTracking. 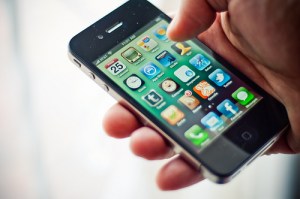 And on iOS, Flurry is the market leader, with about 36 percent share.

Those are just two of the findings in a new report on mobile app analytics by VB Insight. Using Mixrank data on over 1.8 million apps and developer insights straight from mobile developers with over 250 million currently active users, it’s clear that while the analytics ecosystem is heavily dominated by just two players, there’s serious competition at the high end. 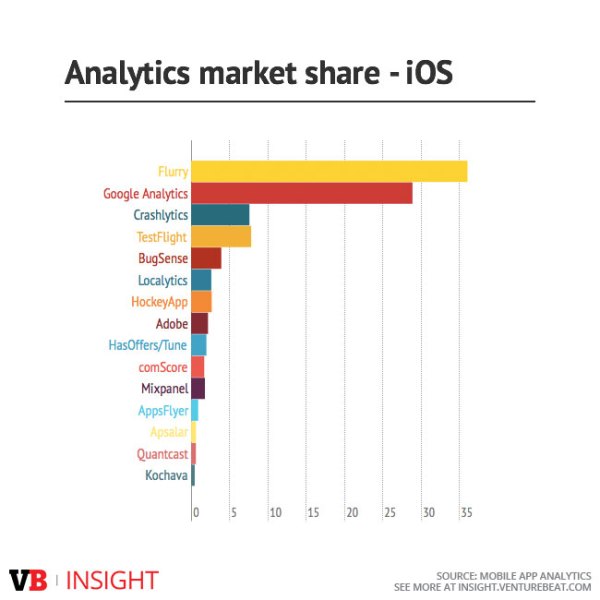 One example is Tune’s MobileAppTracking.

With just .2 percent of the Android app analytics market, Tune is being used by no fewer than seven of the top 20 highest-grossing Google Play apps. Similarly, with only two percent share on iOS, Tune’s MobileAppTracking is embedded in eight of the top 20 grossing apps, including Supercell’s massive hits Hay Day and Clash of Clans.

We talked to 230 developers with 250M users and studied 1.8M apps:
Here are the best mobile app analytics solutions available

Another “small” solution with just a fraction of Google Analytics’ penetration actually led developer ratings as scored by app publishers who actually use the tools. 55 percent of developers said Localytics pure analytics capability was either Very Good or Excellent, and 52 percent said it was Very Good or Excellent at helping build user engagement. Those scores may not sound high, but Google scored 30 percent in building engagement, and Adobe’s analytics package scored 20 percent.

The most interesting result?

Despite Google’s massive market share, fewer than a third of mobile developers consider it their primary app analytics solution. 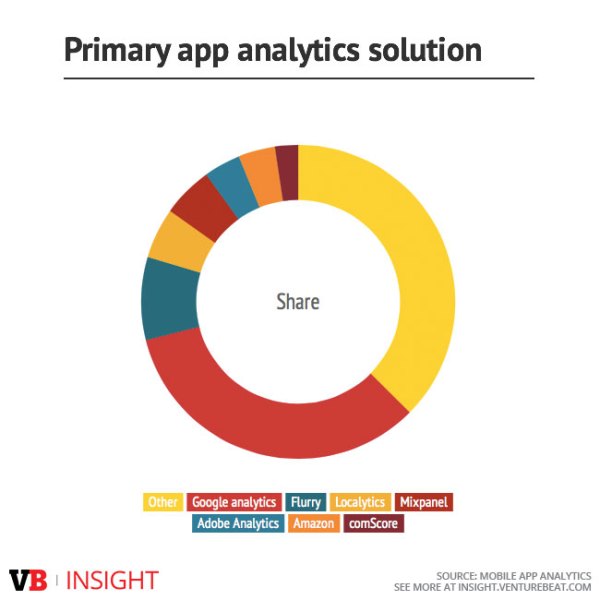 Most mobile developers and publishers use more than one analytics solution. And interestingly, the more successful developers are, the more likely they are to use multiple solutions.

The crown for the ratings king, however, belongs to Kochava.

Again, a tiny solution by marketshare with just a fraction of a percent, Kochava is not only used by apps like Domino’s Pizza, Radio Disney, and Sega’s Sonic Dash, it also helps developers build superlative user experiences. In fact, apps with Kochava’s SDK installed are rated 14.2 percent higher by their users than average apps. 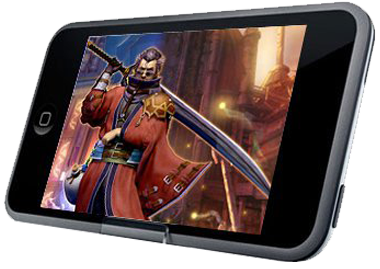 Mobile publishers who are hoping to have the same app analytics suites on both iOS and Google Play should think twice, the study makes clear. The platforms are different and require different solutions. Just one example is Apsalar, one of the outstanding analytics solutions on iOS and a VB Insight recommended pick on that platform.

On Android, however, the solution has been uninstalled 14,000 times for every 1,000 current installs — a huge red flag. Clearly, analytics solutions need to be evaluated on their own merits on each platform individually.

Summing up the qualitative data provided by app developers and the quantitative data on 1.8 million apps in the iOS app store and Google Play, two paths for success become clear.

First: use one of the major platforms (Google or Flurry) as your default solution. And second, pick additional app analytics partners carefully, depending on what mobile development or marketing factor matters most to you right now: user experience, user acquisition, engagement, monetization, or pure analytical power.

The full Mobile App Analytics: What winning mobile developers use study is available on VB Insight: