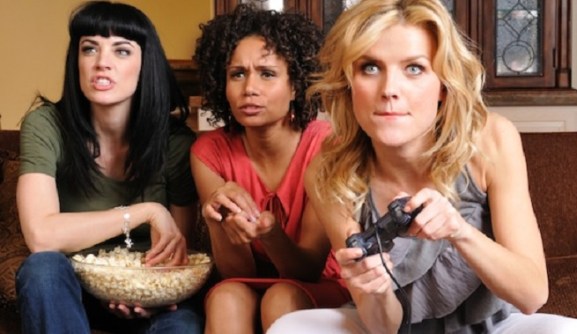 Moms are breaking stereotypes by becoming mobile gamers, according to a study released today by game publisher WildTangent.

The survey suggests that mobile games are an ideal gift for mothers, especially expectant mothers. While the stereotype of a hardcore gamer is that of a young male, the demographic reach of gaming has become much wider with tablet and smartphone games. The survey’s results reinforce this point.

The findings showed 80 percent of mothers played games at least once during the week on a smartphone or tablet, while 68 percent of expectant mothers played multiple times per day. The study said that moms shift their gaming habits throughout the various stages of motherhood.

Mothers with kids ages 5 to 17 and expectant mothers play more games than moms with toddlers or infants. (The reason for that isn’t hard to figure out.) Moms with infants play less frequently, for shorter times, and they have less daily gameplay flexibility than women at other stages of motherhood.

“As the mother of a toddler, I often play games during my free time, especially during the holidays when my family tends to get the latest devices,” said Liz Wehden, the director at WildTangent. “WildTangent Games offer mothers a huge selection of quality, age-appropriate games to play either on their own or along with their kids.”

Here are the findings: