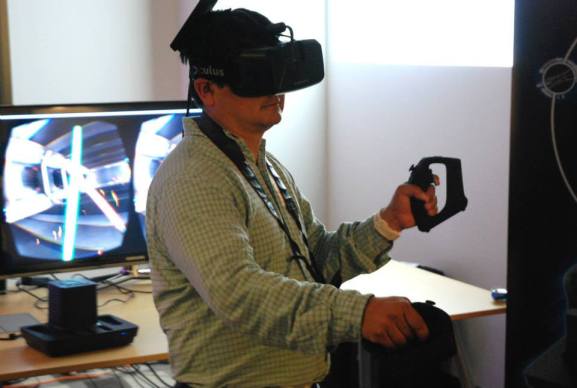 Apple posted a couple of new job opportunities on its website yesterday that reveal a growing interest in people who might develop new virtual reality products.

“We are looking for an exceptional Senior Software Engineer with a proven track record in Virtual and Augmented reality,” one job listing reads. “The successful candidate will develop software and tools that use VR and AR to push the state of the art to enable development of Apple’s next generation of products.”

A second listing explains that Apple is looking for an app developer who has “familiarity with 3D graphics programming,” experience using OpenGL, and experience in “DirectX VR/AR development: Oculus Rift, Leap Motion.”

The job postings don’t telegraph specific Apple product plans, but they do suggest an interest in virtual reality hardware. Apple filed a patent on a pair of virtual reality goggles; the patent showed up online last year.