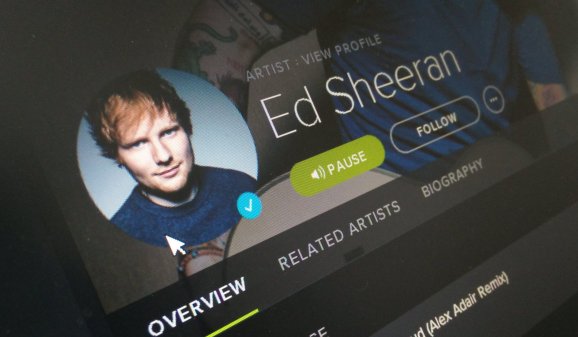 As we approach the tail-end of 2014, all the big tech firms are beginning to take a look back at the key trends of the year. And today it’s Spotify’s turn.

The music-streaming giant has revealed who and what all the big-hitters were this year, and there weren’t many huge surprises on the list.

Ed Sheeran has emerged as the single most streamed artist in 2014, replacing Macklemore & Ryan Lewis who claimed top-spot in 2013. Sheeran was listened to more than 860 million times around the world on Spotify this year.

The British singer-songwriter also nabbed the most-streamed album with “X”, which was launched back in June. It secured 430 million streams in total.

Spotify says that more than 50 million Spotify users listened to north of seven billion hours of music in the whole of 2014.

Meanwhile, you can peruse the full list of top-performing songs and artist here, or view the top five in each of the main categories below. There is no sign of Taylor Swift anywhere, but maybe that’s not too surprising.