Tim Draper, founding partner of VC firm Draper Fisher Jurvetson, didn’t succeed in getting his plan to break California into six more manageable states on the ballot for the last election. But he hasn’t given up on the plan. In fact, he says California’s situation is only getting worse.

Draper said in a talk at the Global Mobile Internet Conference in San Francisco yesterday that three other countries are creating the right climate for businesses: Singapore, South Korea, and Estonia. We’ll get to why he believes that after describing where Draper is coming from. A lot of people might shake Draper off as one more rich kook from Silicon Valley. But his firm has had a long track record of investing in interesting businesses, from Hotmail to Skype, and making a bundle of money.

Draper wants to divide California into six states because the state has become too ungovernable. He noted that California ranks as the worst state in the nation to do business in, compared to being the best state 40 years ago. He noted that the state spent 26 percent of its budget on infrastructure 40 years ago compared to 3 percent now. He blamed California’s obstacles for Tesla’s decision to create a big battery factory in Reno, Nevada, instead of in California. He also noted that Sony and Disney have moved thousands of jobs from California to Louisiana.

“Who is well positioned for 30 years from now?” he said. “The most competitive governments are Singapore, Korea, and Estonia.”

He said Singapore and South Korea have welcomed Bitcoin, the crypto currency. The U.S., by contrast, has begun talking about regulating Bitcoin. But Draper has invested in at least 16 Bitcoin companies and says it could be as big a disruptor for finance and commerce as the Internet was for media and communications.

“The idea is to let it run and you will see incredible growth,” Draper said. “The U.S. said about the Internet, ‘Bring it on.’ Look what happened. All these amazing companies were started here. It was the best thing. It was a huge economic boom. Now the U.S. is saying, ‘Maybe we should regulate Bitcoin.’ But you let Bitcoin run, and you will see the same incredible growth.”

Draper complimented Estonia under Prime Minister Taavi Rõivas, who helped usher in digital government in the Eastern European country. Rõivas helped get the country to create digital voting, digital identity, and virtual residency. Draper noted that in Estonia, you can set up a bank account in 24 hours, compared to months in other countries.

Kim-Mai Cutler, a TechCrunch writer who moderated the talk, argued with Draper about his doomsaying, noting that Google keeps expanding in Silicon Valley by acquiring additional buildings and real estate.

“When a chief financial officer takes over Google (from the founders), they’re going to move,” he said. “Governments around the world are in competition for us…. Really bright people. Really rich people. Really good businesses are leaving. I think California should start to panic.”

Draper recently won an award from SVForum for being a Silicon Valley visionary at its annual Visionary Awards. 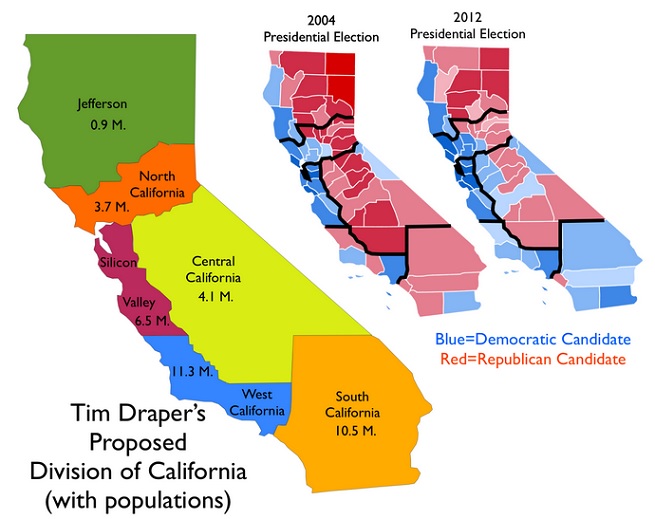