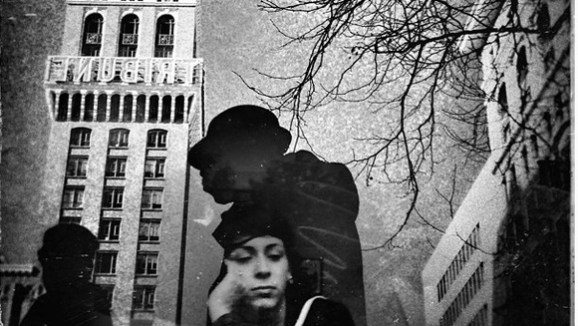 When the post appeared in my Facebook feed the other day, I was shocked. Richard Koci Hernandez, a well-known photographer and an early Instagram fan, announced he was deleting all of his pictures from the photo-sharing service.

“On Dec. 6, I am going to permanently delete all the images posted to my http://instagram.com/koci account,” he wrote.

His reasons? It was a self-challenge of sorts. He wanted to give himself artistic inspiration.

“It’s time for me to clean-out my Instagram account and make way for new work,” Hernandez wrote. “I’m hoping this will give me new motivation to make new images.”

The move is shocking to me, even if it is a grand artistic gesture. To understand why, it helps to know a bit more about Hernandez and what he and Instagram have meant to each other over the years.

I had the pleasure of working with Hernandez for several years when we were colleagues at the San Jose Mercury News. When he left to pursue other artistic endeavors, he also became an assistant professor of New Media at the UC Berkeley Graduate School of Journalism. The move wasn’t surprising, since many of us knew him as both creative and innovative.

Back in the spring of 2011, when I was working as a tech columnist at the Merc, someone suggested I try a new app called “Instagram.” A couple of Stanford grads had launched it a few months earlier and it was getting tremendous traction.

I was hooked, like millions of others. So was Hernandez.

When I was writing a column about Instagram, I interviewed Hernandez to get his take on it. He was one of the early celebrities on the service, having built a massive following of 13,979 (now he has 232,000).

He loved the interface, the focus on photographs, the social aspect, and the filters. He also put more effort into it than you or I might. He’d take a picture and then often run it through multiple filters on different photo apps like Hipstamatic to achieve greater emotion and effects. And his signature became including evocative quotes that seemed to echo the images he produced.

Over the years, Hernandez’s Instagram photos became a bit of a sensation. They were printed and featured in art galleries as well as a National Geographic book on iPhone Photography. And he sells high-end prints of them as well. Indeed, before he deletes his Instagram collection, he’s offering prints of any photo for $100.

So, given everything Instagram has meant to him, hitting delete and wiping it clean is a bold move.

I asked Hernandez to elaborate a bit more on his thinking via email. Here’s an extended Q&A, with most of his answers in full:

O’Brien: Why now? Was there something in your life personally or professionally that left you feeling like you needed a jump-start or reboot?

Hernandez:  I certainly don’t want this to come off as pretentious or too highbrow, but I’ve always felt that a photograph deserves a life span. Nothing should live forever. I’ve always loved the idea, as Apple refers to it, of a photo stream. What a great concept. And like a stream, things enter your line of sight, you enjoy them for a brief moment in time and eventually they flow past –– in essence never to be seen again. In reference to my own work, my ‘photo stream’ has recently seemed less like a stream and more like a dammed-up river. I know this all sounds very heady, but I’ve been thinking that the Internet doesn’t respect time in the way that I think it should. Especially in relation to photographs. I’ve always thought that the institution of an art gallery was a satisfying way to experience work. And recently my Instagram account has felt like an exhibition of work that is always on display, the doors are always open 24/7, and that dismayed me a bit.

Think about it. If you love someone’s work and a local gallery puts on an exhibition, there is an excitement — you attend the exhibition and potentially you take away a print, a book, or a poster, and there is a sense of having had an experience and finality once the show ends and moves on. I desperately wanted my work on Instagram to have that same quality. Simply put, I’m saying that the current exhibition is over and it’s time to hang a new show. On another note, because of the seemingly permanent nature of an online photo gallery, I didn’t want everything I’ve ever done always on display. Some of the work that I’ve posted isn’t as mature as I’d like it to be, and it deserves to be forgotten.

Deleting these images gives me a sense of freedom, of potentially shedding an old skin and developing a new one. It’s very liberating. I’ve taken this idea to the extreme and many of my close friends and in particular my wife have had to prevent me from permanently deleting the original files themselves.

If I had my way, I’d pore through the work, find my favorites, print them out, and put them in a box, then I’d delete all the originals. In this flood of digital photographs, in an era where nothing seems special or sacred, I love the idea of scarcity. In a funny way, it’s just another version of Snapchat. :)

O’Brien: Back when we talked years ago, you actually used to process your photos through multiple apps/filters. Do you still do that? How has your method evolved? (or not, as the case may be).

Hernandez: Great question. My workflow of putting an image through multiple filters hasn’t changed much. And that may be part of the problem. To be honest, sometimes the pressure that I put on myself in relation to this online audience, makes me feel like I have to keep performing in the same style in order to keep momentum. While I know this is true, there is a certain feeling of liberation cleaning out the old and making way for the new.

So, what will be there next? For that, Hernandez says, you’ll just have to wait and see.