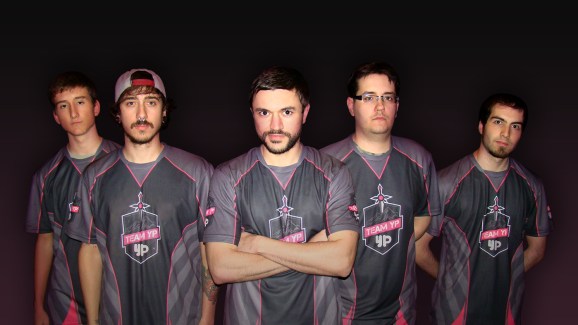 Adult entertainment and games are the chocolate and peanut butter of the Internet, and now they’re getting together at long last.

Gamergy brings together a number of teams from around Europe to compete in developer Valve’s popular arena battler.

E-sports is a growing submarket within the gaming industry, and it has previously attracted major companies and brands that want to reach the young, male audience that gravitates toward these kinds of events.

Gaming companies like hardware manufacturer Razer and headphone company Astro have longed put money into e-sports, but traditional companies like movie studio Relativity have started reaching out to the competitive-gaming scene.

It also makes sense for the teams to welcome any sponsor that wants to spend money on a sponsorship since e-sports leagues are loosely affiliated organizations that often do not provide a base salary or large enough prize pools to support every team participating.