That’s a lot of superheroes.

DC Universe Online has grown to more than 18 million registered players, and many of them are logging into the free-to-play online game via the PlayStation 4.

The results that Sony Online Entertainment is getting on the PS4 suggest that the right free-to-play games will work well on the next-generation consoles, even if the potential player base of those consoles is smaller than the larger number of connected PCs.

John Smedley, the president of game publisher Sony Online Entertainment, said in an interview with GamesBeat that the launch of DC Universe Online has been successful on the PS4 because that’s where more of the MMO’s dedicated fans can be found. It’s set in the universe of DC Comics, where players can create their own superheroes or supervillains.

DC Universe Online launched on the PC and PlayStation 3 in 2011, and it debuted a year ago on the PS4. Smedley said that PS4 players account for 40 percent of new registered players. But console players (on both the PS4 and PS3) account for 76 percent of the hours played in the game. And they purchase 3.5 times as much as PC players.

“My impression is that gamers like to play on the shiny new thing they just bought,” Smedley said.

Console gamers are also hardcore fans, and they are more likely to buy more. That was the theory behind adapting the online game to the consoles, and it is paying off, Smedley said. In fact, the additional monetization with the console players is one of the reasons that the entire game is considered successful, he said.

He said that PS4 players have created almost 3 million new superhero characters. Smedley said that the results are so good that the company will likely launch all of its future free-to-play massively multiplayer online games on both the consoles and the PC.

Smedley will demo a working version of the PlanetSide 2 massively multiplayer online shooter game this weekend at the PlayStation Experience event in Las Vegas. The event will celebrate the 20th anniversary of the PlayStation business (and GamesBeat reporter Jeff Grubb is covering it live in Las Vegas).

Smedley said that PlanetSide 2 is already out on the PC, and it launches next year on the PS4. 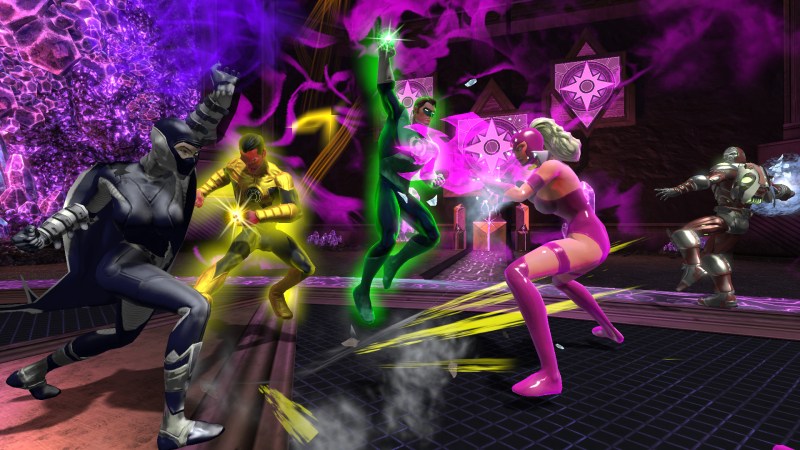