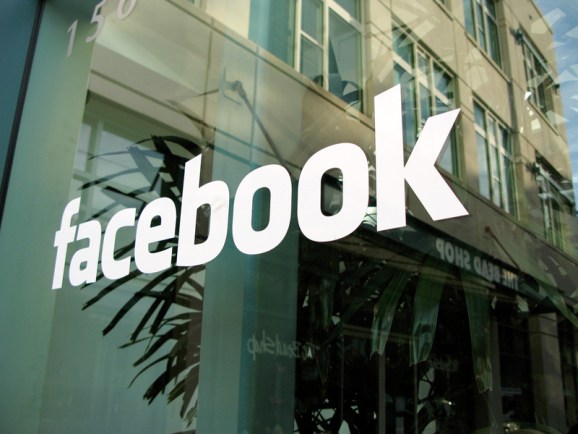 Last summer, an organization led by Facebook fired a huge shot at Cisco. On Thursday, one of Cisco’s oldest rivals, Juniper, jumped in to back Facebook in a big way.

And the threat to Cisco from Facebook went from huge to enormous. It won’t kill Cisco, but it will shake the trees a little bit and force Cisco to make some uncomfortable choices.

The shot was a new piece of networking equipment called the Wedge, which pushed Facebook into the $23 billion Ethernet switch market, currently dominated by Cisco.

This new switch wasn’t an actual product. It was a design for a new product, one that Facebook gives away for free through its Open Compute Project (OCP).

OCP is a radically new way to build and buy computer hardware. Anyone can contribute to the designs and use them for free, ordering them from a contract manufacturer.

Now, Juniper has done exactly that. It designed its own version of the OCP switch, which works with its operating system, Junos OS. It ordered this design from a contract manufacturer, Alpha Networks, and Juniper will sell this switch to enterprises with big data centers.

There are a few important things about all of this.

SDN takes all the fancy features found in networking equipment and puts them into software that runs on servers. You still need the network equipment, but you need less of it and less expensive varieties. It will almost certainly cause a price war one day, if companies start to experiment with it and like it.

Facebook’s involvement with SDN will encourage them to do just that. If it works for Facebook, it could work for them.

The Wedge, and Juniper’s version of it (named the “OCX1100”), is designed to work with lots of open source software, too. People can program it with a common language like Python. It works with popular open source management tools from Chef and Puppet Labs.

But Cisco’s gear is not like the Wedge. Traditional switches from Cisco or Juniper are a single piece of equipment.

The Wedge is designed to stitch together standard bits of hardware, that you can change as you see fit. It’s like Legos, only for a computer server, like so:

Facebook has no interest in competing with Cisco. It just wants to build reliable, low-cost and easy-to-maintain equipment to use in its own data centers. OCP hardware saved Facebook over $1 billion in its first three years, CEO Mark Zuckerberg said. Many other companies want the same.

Most enterprises, even big telecom companies, don’t want to deal with designing and building their own Lego-like servers.

That’s where Juniper comes in. They can buy a Wedge from Juniper.

Cisco is well aware of the Wedge. In October, a few months after the Wedge launched, Cisco joined the OCP as a a Gold member. It told its customers that if they want OCP products, they can come to Cisco. They don’t need to go to Alpha Networks or Juniper.

Still, should Juniper’s OCP switch become popular, this should put Cisco in an uncomfortable position. Should it jump on the bandwagon, create its own Wedge, and put a knife in the back of its own SDN switch, which is selling well? Cisco has spent about $1 billion to create that product.

Or should it watch customers go to Juniper and its other competitors involved with OCP, like Arista?

Cisco had no comment on the Juniper switch, but did tell us, “Cisco has been a leader in advancing multiple open source programs, including the Open Compute Project.”