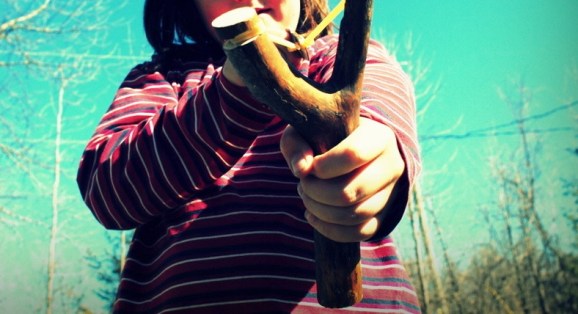 Slingshot didn’t turn out to be the Snapchat-competing hit Facebook hoped for, so the company has redesigned the mobile app, adding new features and removing others, the company said in a blog post.

In the new design, users can send looping videos and full-screen photos with just two taps, choose from five filters, add drawings and captions, and even add a reaction shot, similarly to the Frontback app. In the original version, upon receiving a photo, users had to send one back in order to unlock the one they received from a friend.

Now, users can also look back at all the photos they’ve sent and share them to other social networks such as Facebook, Instagram, Twitter, and others. By pulling down the camera, they can see the the content they’ve sent or received in the past 24 hours — unless they’ve swiped it away. This is fairly similar to Snapchat’s “My Story,” a reel of snaps (photos and videos sent via Snapchat) that the user can add to, and that also disappears after 24 hours.

Further, the team has added a way for users to discover other users with interesting content and to follow them, in addition to the friends they add. Users can choose to manually approve follower requests and set notifications for only certain friends.

It’ll be interesting to see how the new updates affect Slingshot’s popularity and usage. In the U.S., Slingshot’s download rank has been slowly dipping since its launch on iOS and Android, sitting at positions 601 and 460 yesterday, according to App Annie.