Sega’s The Creative Assembly game studio is announcing today that Wrath of Sparta, a new campaign expansion for Total War: Rome II, will release on Tuesday, Dec. 16. The title will be more fodder for fans of the real-time strategy series that captures battles among ancient civilizations.

Total War: Rome II launched in September 2013, but developer The Creative Assembly and publisher Sega continue to support the PC/Mac game. That’s because the titles are perennial sellers, with new fans and history buffs playing them long after they’ve launched. In fact, the Total War games have around 850,000 monthly active players even though there hasn’t been a new title in the series this year. On average, gamers play Total War games for 104 hours per game.

That kind of fan base is fanatical. That means that anytime the developers come up with something new, the players will come. 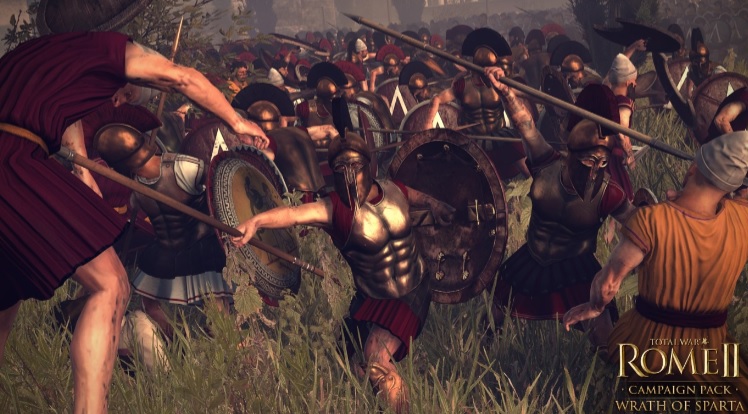 Above: Wrath of Sparta

“This is our paean to the Peloponnesian War,” said Al Bickham, the studio communications manager at The Creative Assembly, in a press briefing.

The Wrath of Sparta expansion is set in 432 B.C., the earliest setting ever for the 15-year-old series. It depicts the big Greek civil war, pitting the legendary warriors of Sparta, trained from childhood, in an open war against Athens, with additional factions including Korinthos and Boiotia. As the Greek city-states fight for control of the islands, the Persian Empire watches from across the Aegean Sea.

The game uses the Total War: Rome II engine, which can place thousands of soldiers on a battlefield. You command groups of them and can zoom in on individual soldiers or zoom out for a bird’s eye view of the 3D battlefield. The graphics are beautiful, and the strategic map of the Greek Islands and the Ionian coast gives you plenty of room to maneuver. You can fight on land or sea and develop technologies that give you an edge in battle. The game gives you a sense of history as well as the flavor of ancient Greek culture.

It should give players plenty of things to do while they wait for Total War: Attila to arrive next year. 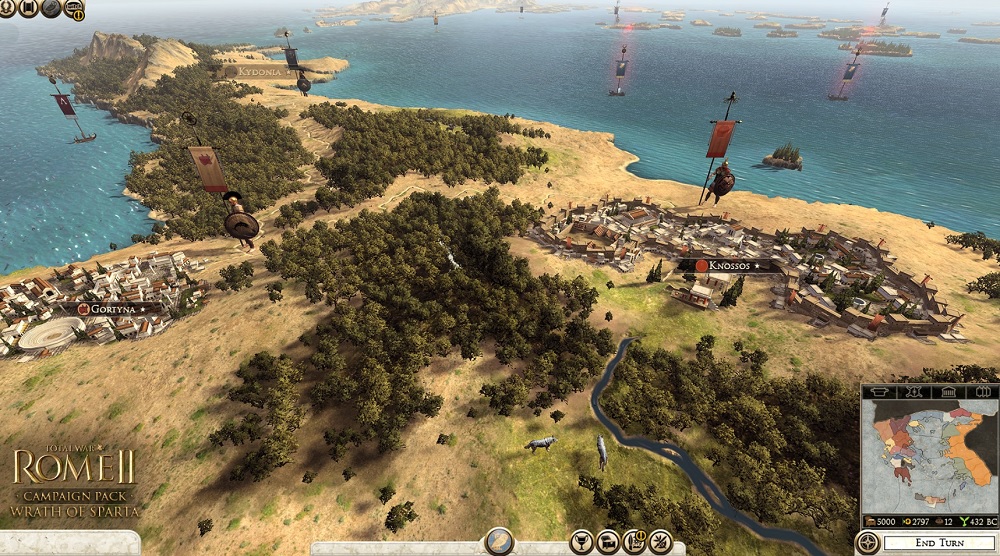 Above: Wrath of Sparta expansion for Total War: Rome II