Twitter is launching Answers, a free way for advertisers to measure promoted and organic app installs on mobile.

Answers, which allows advertisers to track for free app downloads attributed to Twitter, operates inside of Twitter’s Crashlytics Kit. The app joins Twitter’s suite of mobile development tools called Fabric, which first debuted at the company’s developer conference in October. But Twitter says it was its mobile app promotion tool that inspired advertisers to ask for app install analytics. 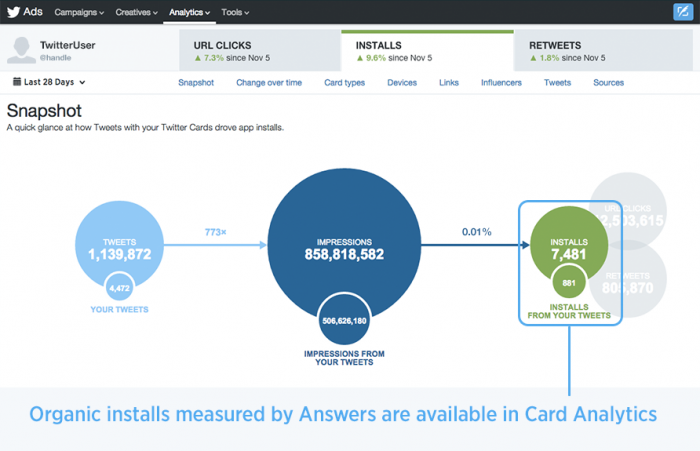 “Over the past few months, we’ve heard tremendous demand for a free, basic solution for measuring app installs on Twitter,” the company wrote in a blog post. The company rolled app promotion out of beta in June 2014.

Twitter says advertisers can access Answers by integrating Fabric into their iOS or Android app and working with the Crashlytics Kit, where they’ll be exposed to Twitter’s array of paid measurement tools. Others can check out Answers at analytics.twitter.com.