There aren’t many Norwegian game studios. But Dirtybit is a rarity, as it has put Norway on the map with Fun Run, an multiplayer racing game with a sick sense of humor. In the game, you race cute cartoon animals against each other, but if you veer off course, your cute character meets a bloody and violent end.

The title resonated around the globe, getting nearly 50 million organic downloads since 2011. In the U.S., players have downloaded the game 28 million times. That’s not bad for a game company that has eight employees and an intern. The title is like Mario Kart reimagined for a new generation — one that appreciates bloody humor. 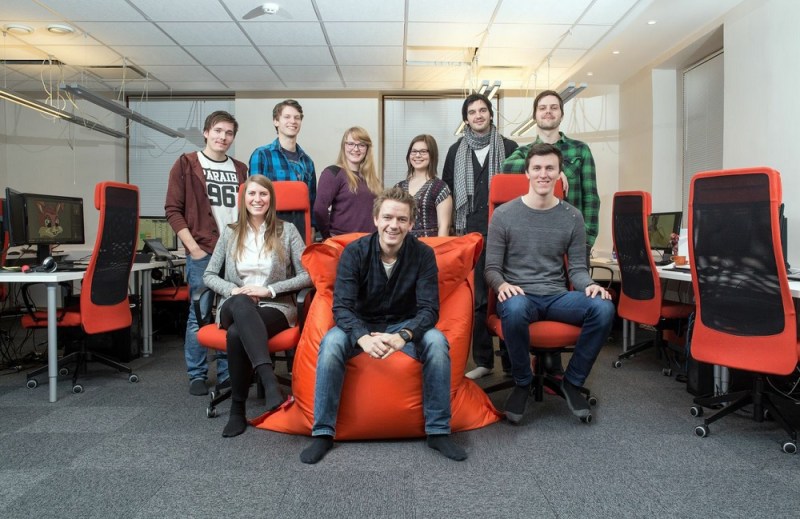 Now Dirtybit has launched Fun Run 2 in the Apple App Store and Google Play. Aurora Klæboe Berg, vice president of business and marketing at Bergen, Norway-based Dirtybit, showed me the new free-to-play game at the Slush 2014 conference in Helsinki, Finland. In Fun Run 2, up to four people can race simultaneously over a Wi-Fi network. It’s a side-scrolling game where you run and jump over obstacles. If you hit something, you splatter into bloody bits.

“When you’re all together, it’s very engaging,” said Klæboe Berg, in an interview with GamesBeat.

She showed me a cute bear getting sliced and splattered into red goo. It reminded me of the sick humor that was the foundation of Pocket God. The new game has been rebuilt from the ground up, with new graphics, themes, levels, power ups, and customizations. Dirtybit makes money in the game through in-app purchases.

“With Fun Run 2 we aim to continue giving our players the best multiplayer experience for short games on the mobile and tablet platform,” said Erlend Børslid Haugsdal, CEO and cofounder of Dirtybit, in a statement. “We want to make it easy for friends to play together and have a lot of fun, so we’ve taken what we’ve learned from Fun Run, Dino Dash, and the feedback from our users into the core of Fun Run 2.”

In a couple of days, Fun Run 2 has moved to No. 19 [Update: No. 3] on the list of top downloads. Dirtybit was founded by Børslid Haugsdal and Nicolaj Broby Petersen in 2011. They were students at the Norwegian University of Science and Technology. They’ve done a total of four games, including Fun Run 2. Fun Run is the biggest hit, and it has now been translated to eight languages. As best anyone can figure, Fun Run went viral after American high school kids started playing together between classes.

It was fairly unique as a synchronous multiplayer game, and it reminded folks of Nintendo’s Mario Kart, which multiple people can play together on Nintendo machines in the home. It spread through word of mouth and social networks like Twitter and Instagram. The team also added new content every five weeks or so.

The Finns clearly don’t have a lock on mobile gaming. It’s funny that Norway’s claim to fame in the game business and its source of national pride is something as whimsical as Fun Run. But that’s just one more surprise for a gaming world that is truly “flat,” as hits can now emerge just about anywhere.

“It’s a very exciting time to do game development in Norway,” said Klæboe Berg. “We really hope we can bring a lot of knowledge back to the ecosystem.” 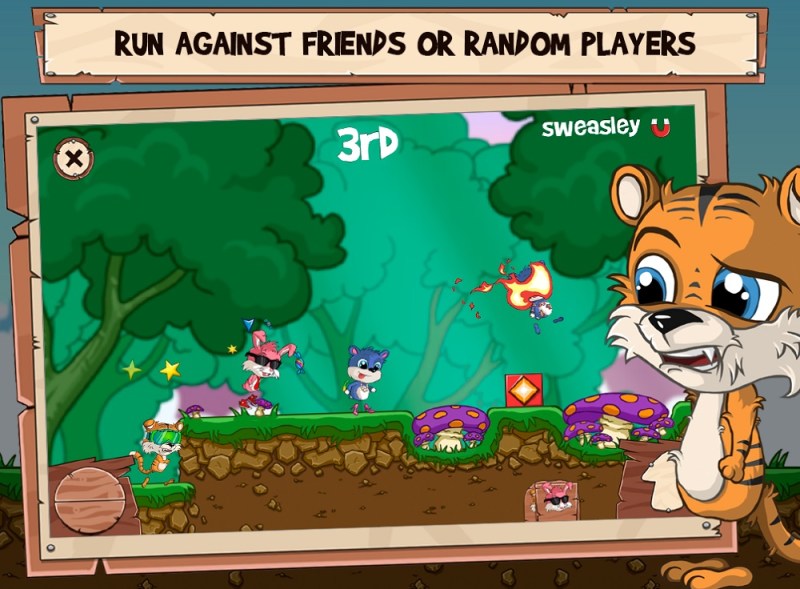