One of the biggest calls to action over the recent public outrage about excessive police brutality has been a major call to outfit law enforcement officers with body cameras — going all the way to the White House. But that might not be the only piece of tech worth looking into to fix this problem.

I recently spoke to Peter Li, the founder of Atlas Wearables, a startup working on creating devices and technology that can identify what kind of activity you’re doing using body movement data collected by an activity band or fitness tracker. The Atlas Wristband is known for being able to tell you, for example, what kind of pushup you’re doing and how to improve it for a better workout. But Li told me the technology could theoretically also be used to track the activities of police officers during an altercation with another person. 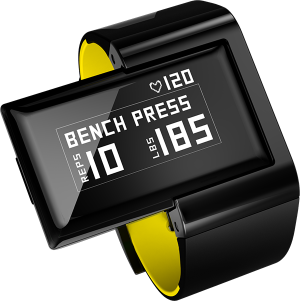 Li explains that for Atlas’s technology to track whether a cop was using excessive force, “We would need a baseline or a ‘truth’ value for the instigation [of force by a police officer], but if chest cams become a thing, we could easily flag potential incidents based on motion.” That means Atlas could reveal a more complete account of what happened between a police officer and someone they’re attempting to apprehend or detain with force.

So, no, the tech probably wouldn’t be able to ID a chokehold, but it could provide supporting data for a video of that altercation.

“We could also get [an officer’s] increased heart rate, evidence of faster acceleration. … We could even track gun shots, too,” Li told me.

And if you can identify when someone fires a gun, that means you’ll be able to track what the data looks like just before an officer pulls the trigger, which is just crazy to me.

While my boss Dylan Tweney points out that body cameras are a good first step toward reducing police brutality (and providing accountability), step number two would logically be an activity tracker using a technology like Atlas Wearables.