The hackers that call themselves Lizard Squad are claiming credit for an Xbox Live attack causing limited service and disconnects this evening.

A Microsoft spokesman released this statement from the company: “On December 5, 2014, some of our customers experienced an Xbox service interruption. We worked quickly to resolve and address the issue and services are being restored to normal.”

This is the second time this week that Lizard Squad has claimed responsibility for affecting Microsoft’s online network.

According to the group’s Twitter feed, Xbox Live was apparently targeted as the result of a random request by a follower, which the group retweeted:

The Microsoft Xbox Live service status page confirmed at 5:35 p.m. Pacific that core services, specifically for Xbox 360 users, were “limited” without specifying a cause. 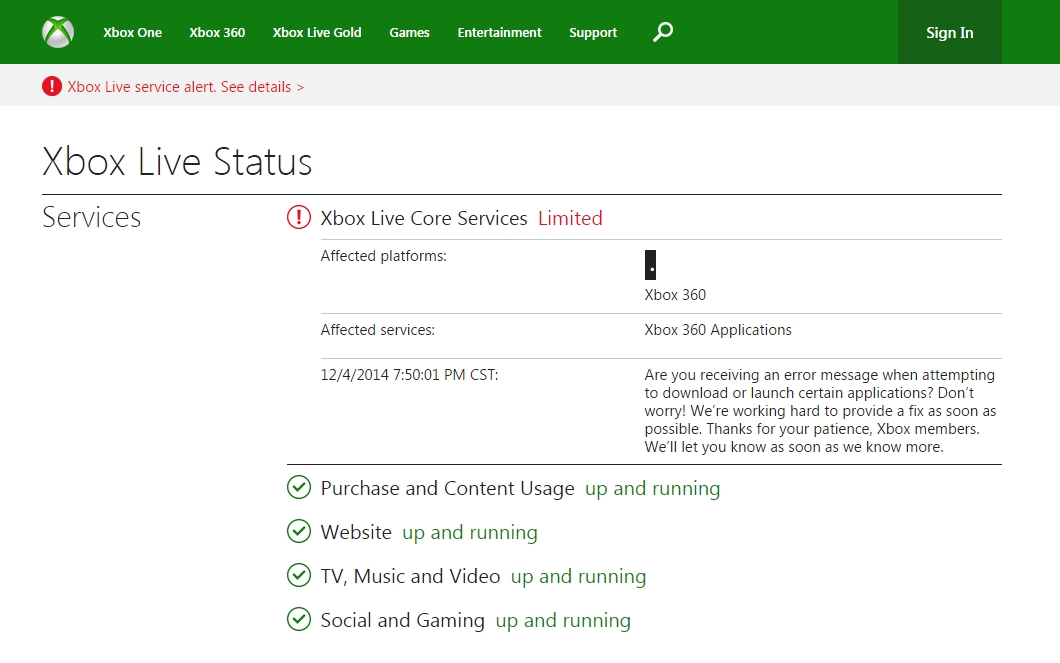