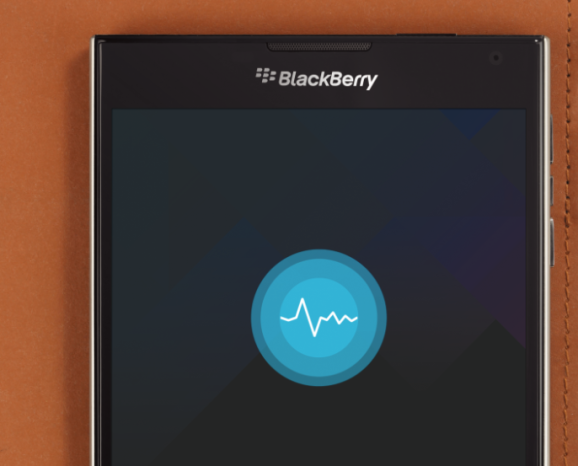 BlackBerry may not be the powerhouse it once was in the mobile devices realm, but that isn’t stopping the company from striving to retain relevance through targeting key industries.

News emerged today that BlackBerry and NantHealth — a cloud-based, big-data health company that recently closed a $320 million funding round — have announced the NantOmics Cancer Genome Browser, designed to give doctors deeper access to patients’ genetic data in real-time.

From BlackBerry’s perspective, this gives the brand a bigger presence in the lucrative health care field. But this is also about pushing its hardware, given that the NantOmics Cancer Genome Browser platform is coming pre-loaded on the BlackBerry Passport.

“BlackBerry already powers many of the diagnostic machines clinicians rely heavily upon, so it makes sense to tie those devices directly to a BlackBerry smartphone,” explained Patrick Soon-Shiong, founder and CEO of NantHealth.

The new platform will provide “deep, interactive reporting on genomics data” for Passport-toting physicians and others working in the medical profession. Keen to sell the Passport’s high-res screen, BlackBerry says that it will allow “clinicians to view a patient’s chromosome at an individual base-pair level.”

“The proprietary NantOmics Cancer Genome Browser enables clinicians for the first time to investigate a tumor genome from the full three billion bases down to the single-base level in real-time, thanks to the power of the NantOmics supercomputing infrastructure,” said Soon-Shiong.

While BlackBerry traditionally enjoyed a sizable chunk of the enterprise smartphone market, it has been in steady decline in recent times with the rise of iOS and Android. But it’s clear that BlackBerry is seeking to retain a firm foothold in specific (lucrative) market segments.

BlackBerry introduced its new BES12 enterprise mobility management (EMM) platform back in February, and it’s this that underpins the new NantHealth browser, with a specific focus on end-to-end encryption and security. BlackBerry also recently revealed a partnership with Samsung to bring BES12 to Android, a clear sign that BlackBerry is betting big on software on the road to recovery.

BlackBerry first revealed it was investing in NantHealth back in April, though this will be the first fruits of deal when it’s demonstrated at the Consumer Electronics Show (CES) this coming January. There’s more to come too, it seems, as BlackBerry said this is “the first in a series of innovative offerings” to emerge from the partnership.