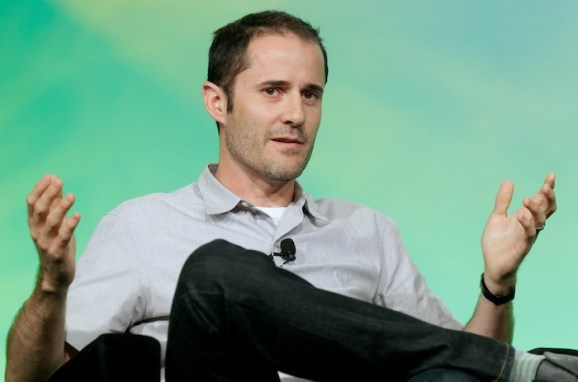 Doing good is not the first goal that comes to mind when thinking about what investors want, but this is what Obvious Ventures is setting out to do.

Officially emerging from the darkness today, Obvious Ventures is a new fund that Twitter’s Evan Williams cofounded with James Joaquin and Vishal Vasishth. It’s goal is to marry “profit with purpose,” as they say.

The fund, which they’re still raising (along with not disclosing any limited partners other than themselves at this point), has been in the works since about January. In an interview with VentureBeat, Joaquin said that the idea originated when Williams approached him about finding a way to work with companies that having a positive impact on the world. That led to the creation of the fund, with Vasishth joining pretty early on.

“We think that there’s enormous financial value when you combine profit with purpose,” Joaquin said. Companies with purpose are ones that have sustainability and a greater good at the core of their goals.

Within its larger theme of profit and purpose, the fund focuses on three areas: sustainable systems, healthy living, and people power. Venture partner and Trulia cofounder Sammi Inkinen will be spending his time with the healthy living startups, and the team plans to find two more partners to do the same with the other groups.

The fund’s focus on purpose-driven companies also comes with a special view of alternative company structures like benefit corporations and public benefits corporations. Vasishth spent nine years at Patagonia, an outdoors equipment company and one of the best known benefit corporation-certified companies (different from being a B corp in that it’s not a legal status and only requires passing the requirements from the nonprofit B Lab) in the U.S., bringing his understanding and enthusiasm for putting social good at the core of businesses.

“We are going to look at companies and will be happy to invest in them if they’re [benefit corporations] but we’ll look at regular C corps, too. As a fund, we need to stay broad,” said Vasishth in an interview with VentureBeat. Joaquin added that any Delaware-registered C corps, a legal structure that doesn’t require a commitment to things like sustainability, transparency, and public benefit, can become B corp certified, so it’s certainly something the team will encourage its portfolio companies to consider.

But it’s also not looking to restrict its scope. “We expect that the majority of our investments will be Delaware C corps,” Joaquin said. Moreover, he stressed that the fund isn’t looking to do “corporate philanthropy, it’s absolutely a fund with the goal of seeing profits and returns.

So far, the fund has invested in 11 startups, though it’s only revealing nine today. They include Loup and Beyond Meat in the sustainable-systems category, Breezeworks and Work Pop in the people-power category, and Olly and Myoko’s Kitchen in the healthy living category. On average, the fund expects to make less than 10 investments per year, between $1 million and $5 million per deal, and mostly in the first institutional round stage.

And if you’re hoping to catch the partners poking around the offices of web tools or marketing technology startups, don’t bother. Both Vasishth and Joaquin agree that agricultural technology is the category they’re most looking forward to exploring in the new year.