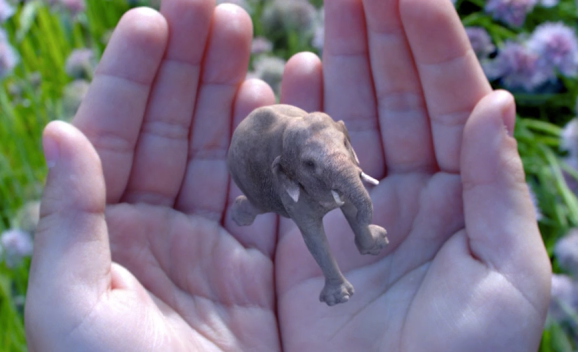 A tiny, photorealistic elephant dances in someone's hands on the Magic Leap website.

Magic Leap’s secrecy makes today’s news quite interesting. Or, at least, it’s a bit intriguing. Hardly anything is known about the well-funded startup, aside from its mission to “create augmented reality in a way that blends the world in which we live with 3D images,” as VentureBeat’s Ruth Reader wrote in October. Henry’s experience with consumer-facing media companies, however, suggests that Magic Leap is planning to build some sort of consumer VR product. And based on Henry’s background, Magic Leap may head in a direction focused as much on content as ground-breaking VR tech.

“Magic Leap is in a very special position in the marketplace,” said Henry in a formal announcement. Henry called the Florida company’s technology “truly unprecedented,” saying (bragging) that “it’s not every day you get to be part of something this remarkable, and I’m incredibly excited to be joining the Magic Leap team.”