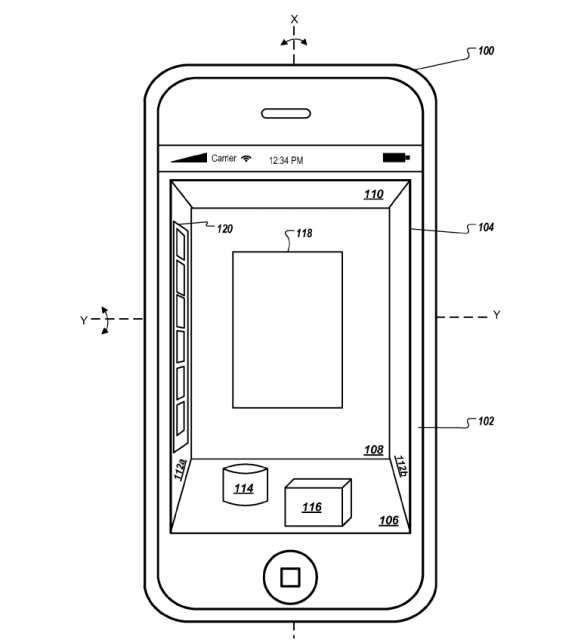 Apple has been awarded a new patent for a mobile device screen that orients images according to the viewer’s perspective relative to the phone. The first time we saw this technology in a mobile device was in Amazon’s Fire phone, which came out in the summer (and has flopped).

In the patent, the invention is described as such:

The patent was filed back in 2012, but was officially granted today.

The patent folds in with rumors that Apple has been working on a 3D phone. A Chinese newspaper reported that supply chain sources said as much in a November 5 news article. The report also claims that Apple is working on 3D “software ecosystems.”

Reactive 3D display was one of the highlights of the Amazon Fire phone, and has shown up in other Android phones in the past. The feature hasn’t been popular so far, as no compelling application has been discovered for mobile devices.

Apple has also been granted the patent rights to a projection-based 3D mapping technology, which is part of the intellectual property package Apple got with its purchase of the Israeli company PrimeSense. The technology will aid Apple’s efforts to develop the ability to use gestures to control things like Macs, Apple TV and possibly mobile devices.