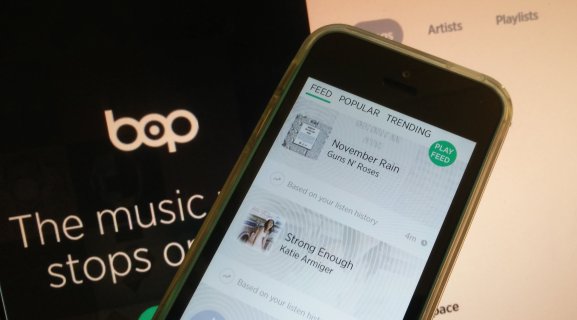 Bop.fm‘s answer to the ever-growing squadron of music-streaming silos is to let you share your music and playlists with friends no matter what service they’re using.

The Y Combinator startup has hitherto been a Web-only affair, but fresh from its $2 million funding round, Bop.fm is finally rolling out the red carpet for its first native mobile app, kicking off on iPhone.

While Bop.fm doesn’t host music itself, it does plug itself in to the APIs of myriad online music services, including Rdio, Spotify, and Beats. So, for example, if you wish to share your “10 greatest indie tracks from 2014” Spotify playlist with your Rdio-using buddy, you can, with Bop.fm bridging the divide to make the sharing as seamless as possible within its own service. If a particular song is available on Rdio but not Spotify, Bop.fm will try to grab it from elsewhere, such as YouTube or SoundCloud.

That’s Bop.fm in a nutshell, at least.

Announced on stage today at LeWeb by CEO and cofounder Shehzad Daredia, Bop.fm for iPhone follows on from its existing Web-based version by promising a “home for every song on the Internet.”

You can use the Bop.fm iPhone app to search for and listen to music from the get-go, simply by creating a (free) Bop.fm account. However, you will pretty much be limited to YouTube and SoundCloud music. To tap the arsenal of ad-free tunes from the likes of Spotify, Deezer, Rdio, and Beats, you’ll need to have a premium subscription with one of the aforementioned services. 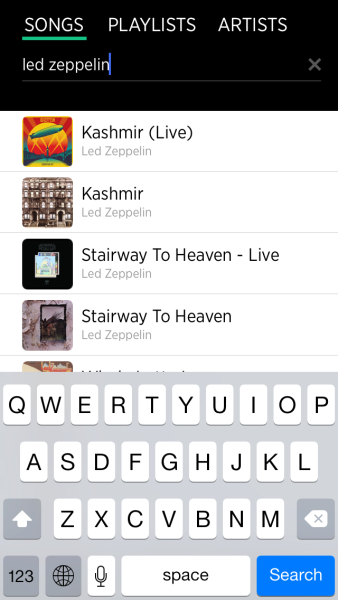 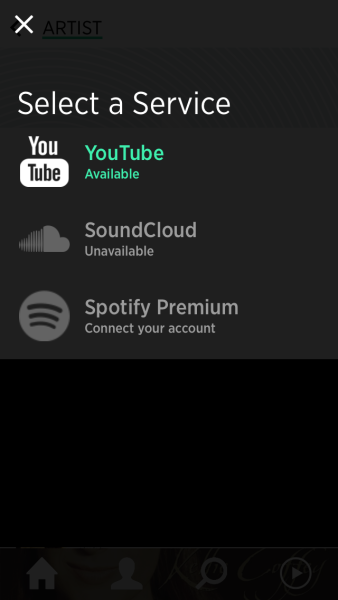 Bop.fm is more than a music platform aggregator, though — it’s also a social network of sorts, as you’re able to follow other users (friends or otherwise) and add their playlists to your own account if you like their taste in music. 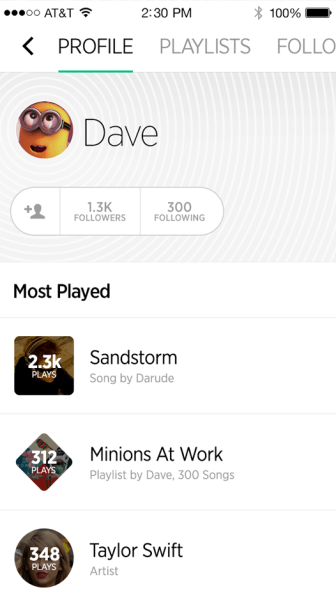 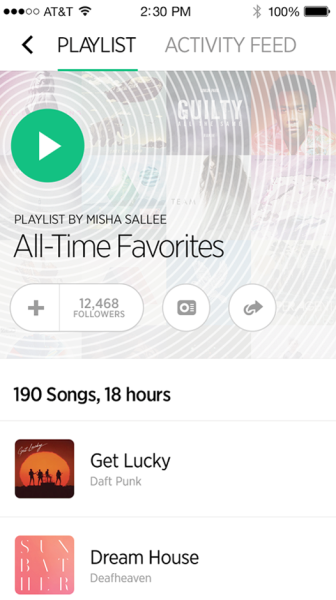 Bop.fm is a clean, beautifully designed app that goes some way toward solving the music-discovery headache. You can get all your friends together on Bop.fm to share music, without the worry of “this song’s not available” messages ruining the fun.

Moreover, Bop.fm also learns what music you like and serves up suggestions in your main feed of what it thinks you might like.This is a new feature being added to the Web-based version today, alongside a general redesign, to coincide with the mobile launch.

Bop.fm is teaming up with a number of big-name artists — including Paul McCartney, Tiesto, Lil Wayne, Keith Urban, and Depeche Mode — to offer curated playlists. Similar to the likes of Spotify, you can follow your favorite artists, see what people are saying to them and about them, and receive alerts whenever that artist creates a new playlist.

Bop.fm is an interesting and genuinely useful service for sure — but at what cost? The mobile app, as with the Web-based incarnation, is free to use for now — though you do of course require a premium Spotify/Deezer/Rdio/Beats subscription to tap their respective music libraries. According to Daredia, there are no firm plans on the monetization front.

“As a company, we’re currently focused on the product, user experience, and growth — monetization has not been a priority for us,” he explained. “That said, we do have an affiliate model currently in place whereby we receive a commission if we refer new subscribers to on-demand streaming services or refer digital track/album sales to the download stores.”

But what Bop.fm is doing is building an arsenal of data on music-listening habits, which it hopes can be used to boost business — either through direct monetization or simply by improving the existing service.

“Not only do we know what’s popular and trending in the aggregate, but we also know what people like down at the individual level and can potentially market to them accordingly, or create an ad/retargeting product, or an Echonest-like recommendations product,” said Daredia. “Or we could work with brands on activations, which we’ve already done a bit of.”

In short, Bop.fm is keeping its options open for now.