Intel missed being the leader in mobile tech, but it doesn’t want to miss the wearables wave. So the company is investing heavily in components for wearables, and that strategy is integrated with the company’s larger mission of providing tech for the Internet of Things (IoT), or connected everyday objects.

Not only will Intel design components for wearables, but it’s also designing its own wearable devices and partnering with the fashion houses and retailers that will sell them. Those wearables will provide a stream of data to Intel’s Internet of Things infrastructure, which will analyze and make sense of the data so that you can get insight into your life, such as how much you need to exercise or sleep.

“We consider wearables to be personal IoT,” said Mike Bell, vice president and general manager of Intel’s New Devices Group, in a media briefing today in San Francisco. “They are an expression of yourself, and how you want to be seen. At the same time, we’re trying to make them smart and useful.” 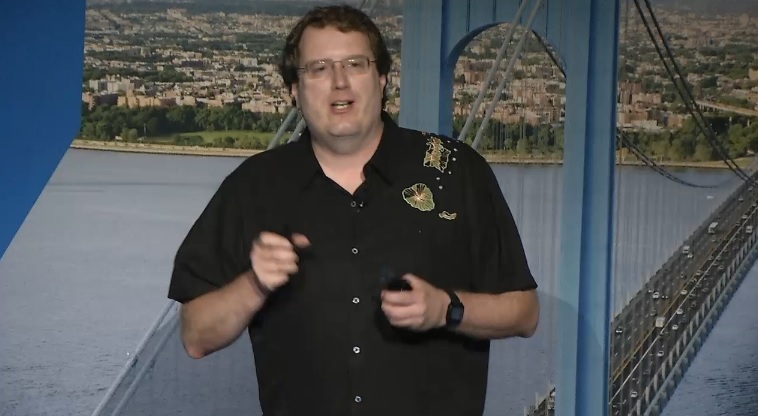 Intel expects there will be 50 billion IoT devices in the market by 2020, and 400 million of those will be wearables. Intel has built its IoT platform to support wearables as an end-to-end solution. The wearable app partner gets everything from chips to a dashboard portal that tells you how a device is being used.

Bell added, “Everything is getting smart. The number keeps going up and up every time you see these surveys. Wearables are a small part of it, but it is still a very significant number.”

“These non-traditional players are realizing that these things are getting smart, technology is at the point where it can be embedded in their devices, and thankfully we struck partnerships with them to make the best wearables on the planet,” Bell said.

Intel is focusing on IoT markets such as consumer, industrial, and health care. And wearables fit within each of those segments. Earlier this year, Intel acquired Basis Science, the maker of a line of fitness and sleep-tracking smartwatches. Such devices will eventually be used to identify you, he said. Intel has also made a pair of headphones that records your heart rate and sends the data to the cloud.

Bell said the market is divided into trackers for fitness under $200, smartwatches and bracelets at around $200 to $400, and then head-worn devices such as Google Glass at about $1,000.

“We think there has to be a blending of fashion and technology for this to really take off,” he said. “The best thing about Google Glass is that it has people talking about the concept,” such as what is acceptable when wearing a recording device in public. 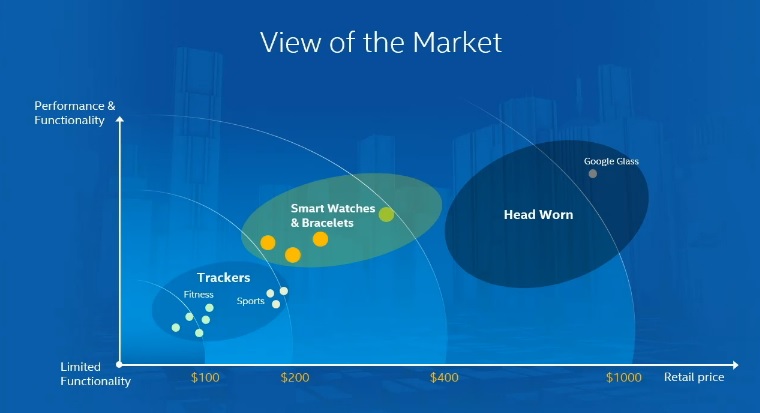 Above: Intel’s view of wearables