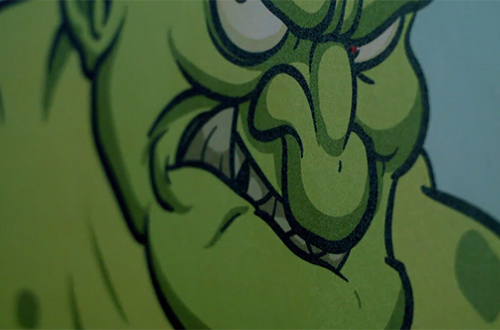 This sponsored post is produced by the Consumers Electronics Association.

Patent trolls do not create jobs or products, but this year they are $80 billion richer. What is a patent troll and how do they get so rich?

They get rich by suing or threatening litigation to extract licensing fees from businesses and tech entrepreneurs. A patent troll “owns a bunch of patents,” Julie Samuels, Executive Director of Engine Advocacy explains, “and uses those patents, essentially, as weapons, threatening lawsuits saying, ‘If you don’t pay me I’m going to sue you.’ A patent law suit costs each side millions of dollars and years of litigation so it’s no wonder that people pay the patent troll to go away. It is run-of-the-mill, everyday extortion.”

Essentially, once a company — big or small — starts to become successful, it becomes vulnerable to patent trolls, which often go after innovative companies that are the least able to defend themselves.

“There is nothing that can actually measure how bad it’s gotten because people are shutting their companies down even before they start,” said Todd Moore, founder of TMSOFT.

Moore first learned about patent trolls in 2011 when Lodsys — a company that makes no products but specializes in suing innovators —  demanded money from Moore over the White Noise app he developed. Lodsys was notorious for litigating against small app makers, claiming ownership over widely-used technologies like in-app purchases and feedback surveys.

“[Patent trolls] affect everyone because people that make products and are creating apps have to charge more because the cost of running their business costs more, due to the costs of fighting the lawsuits, and they have to pass that on to the consumers,” Moore said.

Patent trolls are legal extortionists who are celebrating another successful year attacking small businesses because the Senate still has not passed patent litigation reform.

One year ago, the House passed the Innovation Act – patent reform legislation that would stop patent trolls from suing tech entrepreneurs and innovative startups – by an overwhelming bipartisan majority. However, the Innovation Act was blocked in the Senate. There is no reason that this bipartisan bill supported by the President should not be law. Enough is enough. Urge your U.S. senators to pass patent reform!

Contact your U.S. Senator and ask them to pass patent litigation reform.