I have no doubt that Elegy for a Dead World (available Dec. 10 on Steam for Windows PCs) will spark further debate over what constitutes a video game. This release from Dejobann Games (previously known for the obnoxiously titled AaaaaAAaaaAAAaaAAAAaAAAAA!!! — A Reckless Disregard for Gravity), starts with an impressive concept: “In Elegy for a Dead World, you travel to distant planets and create stories about the people who once lived there.” The planets themselves draw inspiration from British Romantic Era poets (Shelley, Byron, and Keats) and feature distinct backgrounds and settings.

These tales don’t arise from emergent gameplay, however. In Elegy, you actually create these stories using a plethora of premade writing prompts (think a serious version of MadLibs where you fill in key parts of an existing work). These provide you with different approaches toward creating your narratives such as letters to acquaintances, poetry, historical accounts, or even a blank slate where you have to supply all of the words on your own.

However, the actual parts of Elegy for a Dead World that don’t require writing are a bit threadbare. Exploration is entirely linear, and your character meets no conflict, obstacles, or puzzles. Once you’ve been through a particular world once, you’ve pretty much seen it all. 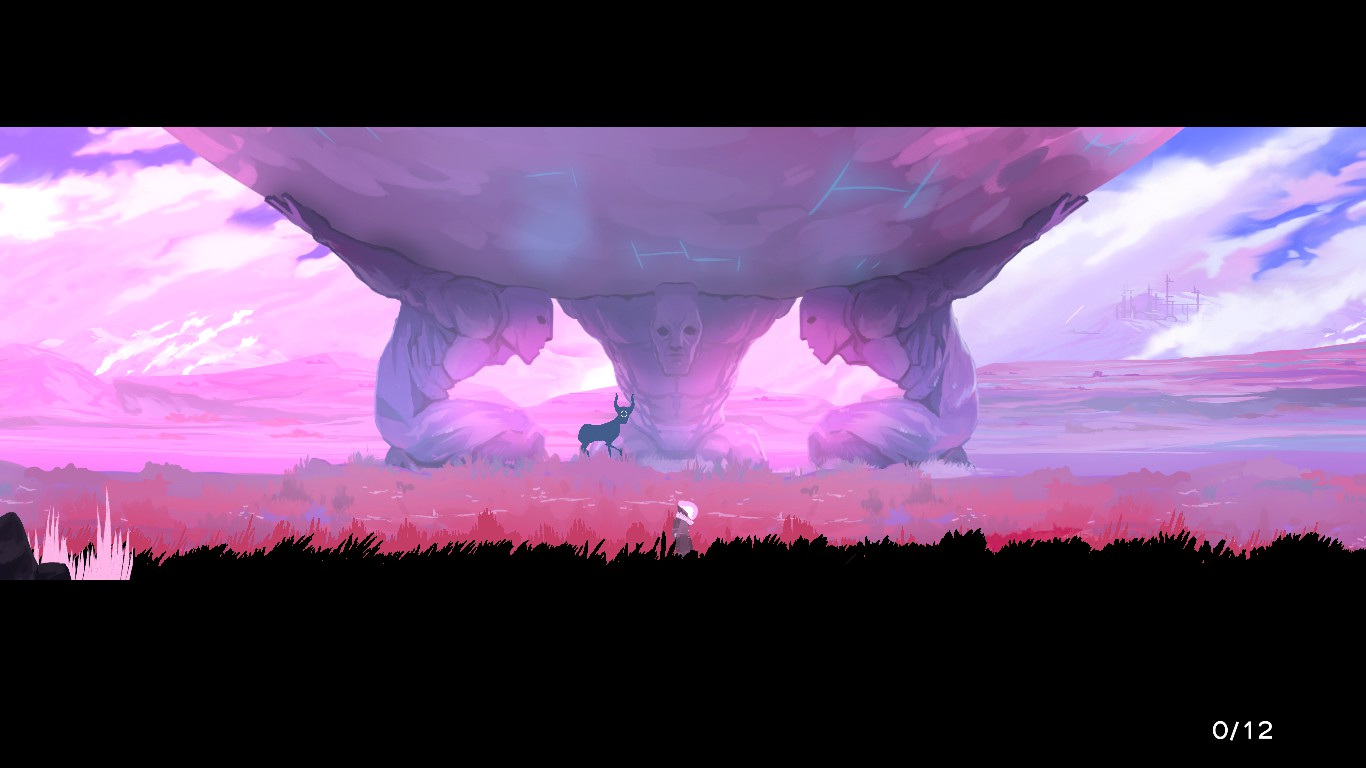 Above: These statues are sure to provide some inspiration.

It does what it sets out to do

Elegy does a good job at providing you the framework for creating interesting stories. Each of its three explorable worlds (all inspired by British Romantic-era poets) offers unique settings and multiple writing prompts in a variety of formats. I found it easy to fill in the blanks and eventually start weaving my own narratives. You also may edit the prewritten text if you decide it doesn’t quite flow right with your ideas. The interface itself is easy to use, and you can go back and make edits if you decide later parts of your story don’t quite jive with the beginning.

When you complete a world, you have the option to publish your creation publicly. At this time, you can also read the stories that other people have published and provide a commendation (similar to a “like” button on social media) if you enjoy it.

The circular portal area you start in and the three individual worlds you can explore are vibrant and different. You’ll explore sandy deserts, ruined buildings, underground caverns, and the snowy wasteland of a world with a dying sun. The graphics did a good job at conveying certain moods, and the background objects often provided inspiration towards crafting your stories. Seeing what these planets had to offer was a pleasant experience. 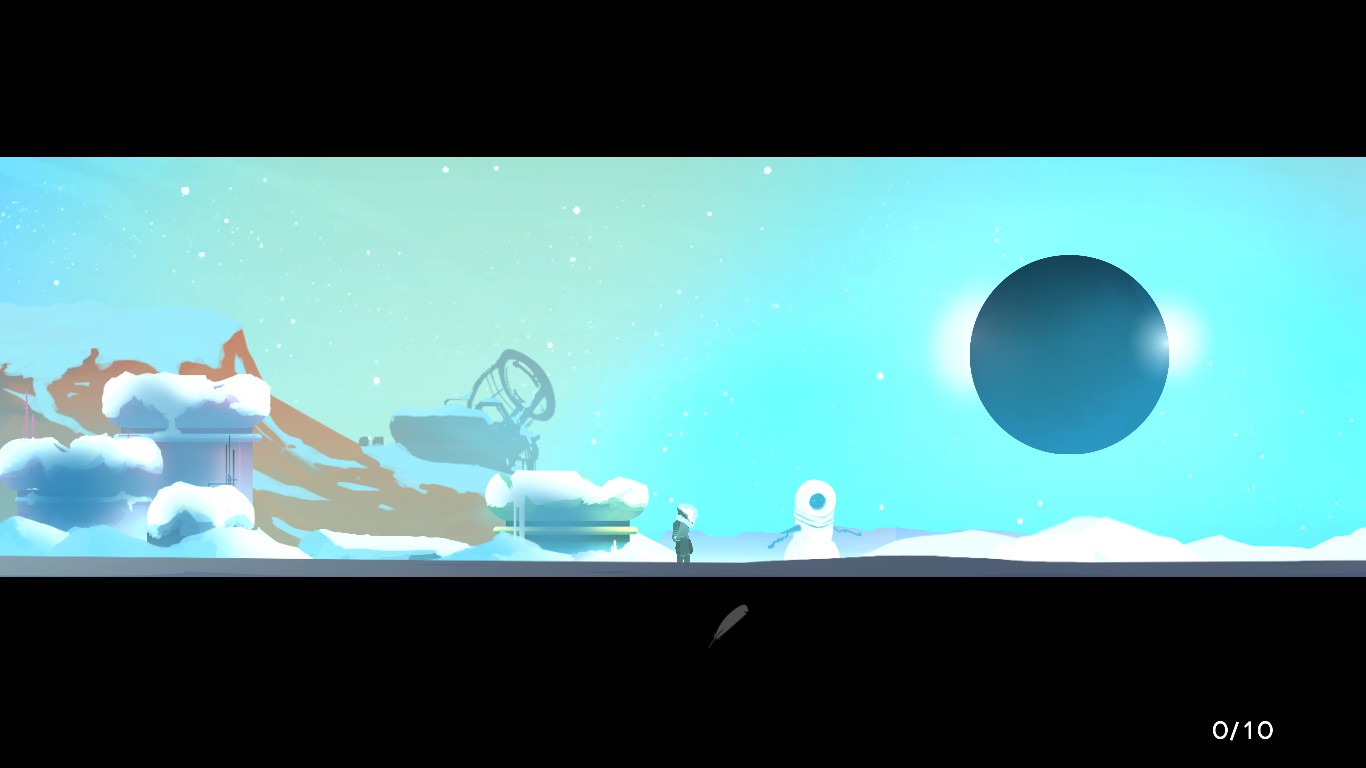 Above: A snowy world with a dying sun.

Moving your little character around is basic and uncomplicated. In the portal area, you simple use the arrow or WASD keys to move. Within the individual worlds, you use the same keys for movement and the space bar to make yourself fly a few feet above the ground. I found myself flying everywhere, as walking in Elegy is a bit slow for my taste.

Moving, however, is all you’ll do. You’ll not have to traverse, avoid, or shoot anything. Moving simply is a means to see the entirety of the world you’re exploring and reach the next writing prompt. If you’re expecting any action at all, you’ll be sorely disappointed.

The individual worlds are entirely linear, with a few side rooms to break up the scenery a bit. You simply traverse from left to right. Furthermore, once you’ve explored a particular world once, that’s about it. Don’t expect any surprises or hidden areas to unlock later. 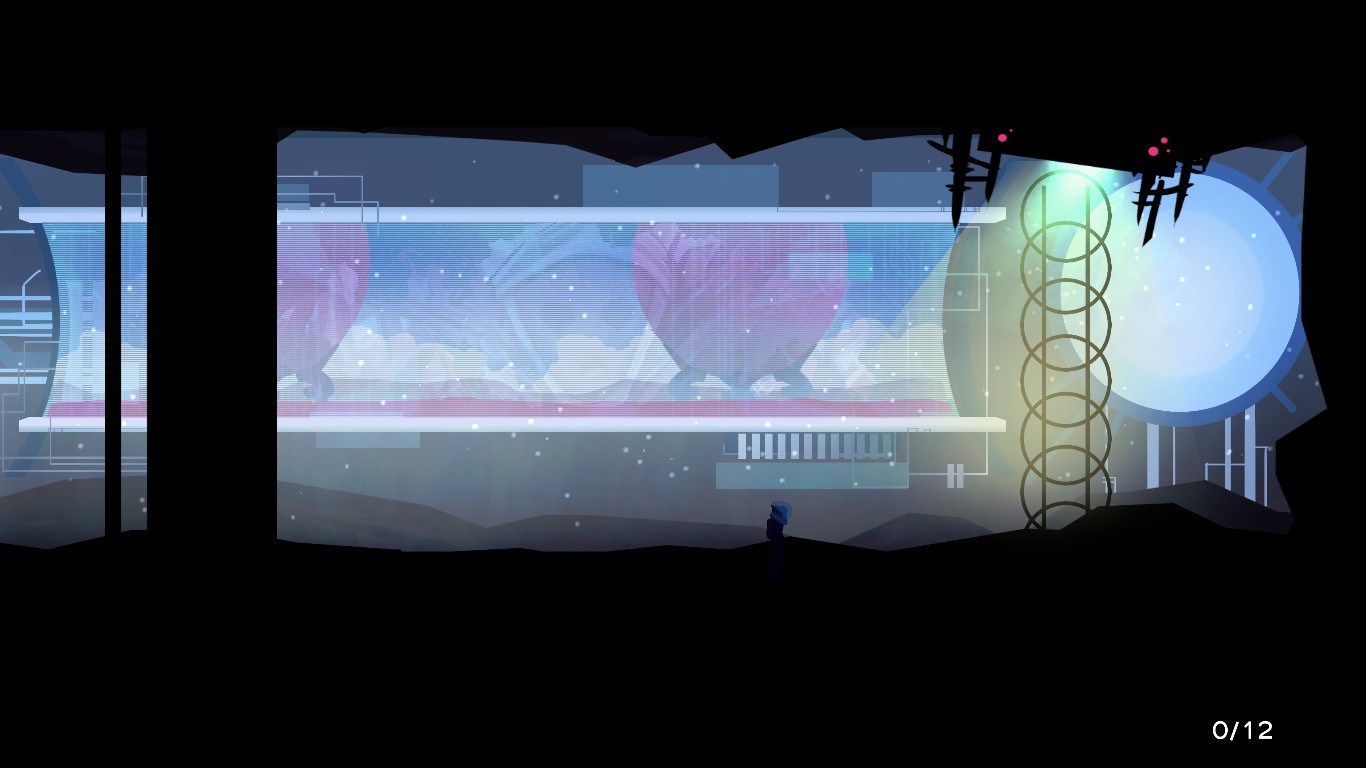 Above: This underground area seems to feature some strange technology. What is it for?

Considering how short these areas are (you can travel through each in a scant few minutes if you don’t take the time to complete the writing stops), I would have preferred to have seen more worlds, even if each one offered fewer writing ideas. I found it difficult to keep getting inspired by the same small settings over and over again.

Since the main purpose of Elegy for a Dead World is to create stories, you might expect it contains a method to share these stories with others. While user-generated content is not a new concept, the only thing you generate here is text. As such, I have to wonder how many people will truly be comfortable sharing their personal creations. To me, this significantly cuts down on its mass appeal, since you must have both the desire to write and the desire to share your writing to get anything out of the experience.

In addition, the only Steam Achievements that Elegy offers require you to get 1,000 commendations in each world. This seems like a lofty and honestly unattainable goal for someone who lacks writing ability or has any trepidation about sharing their work. 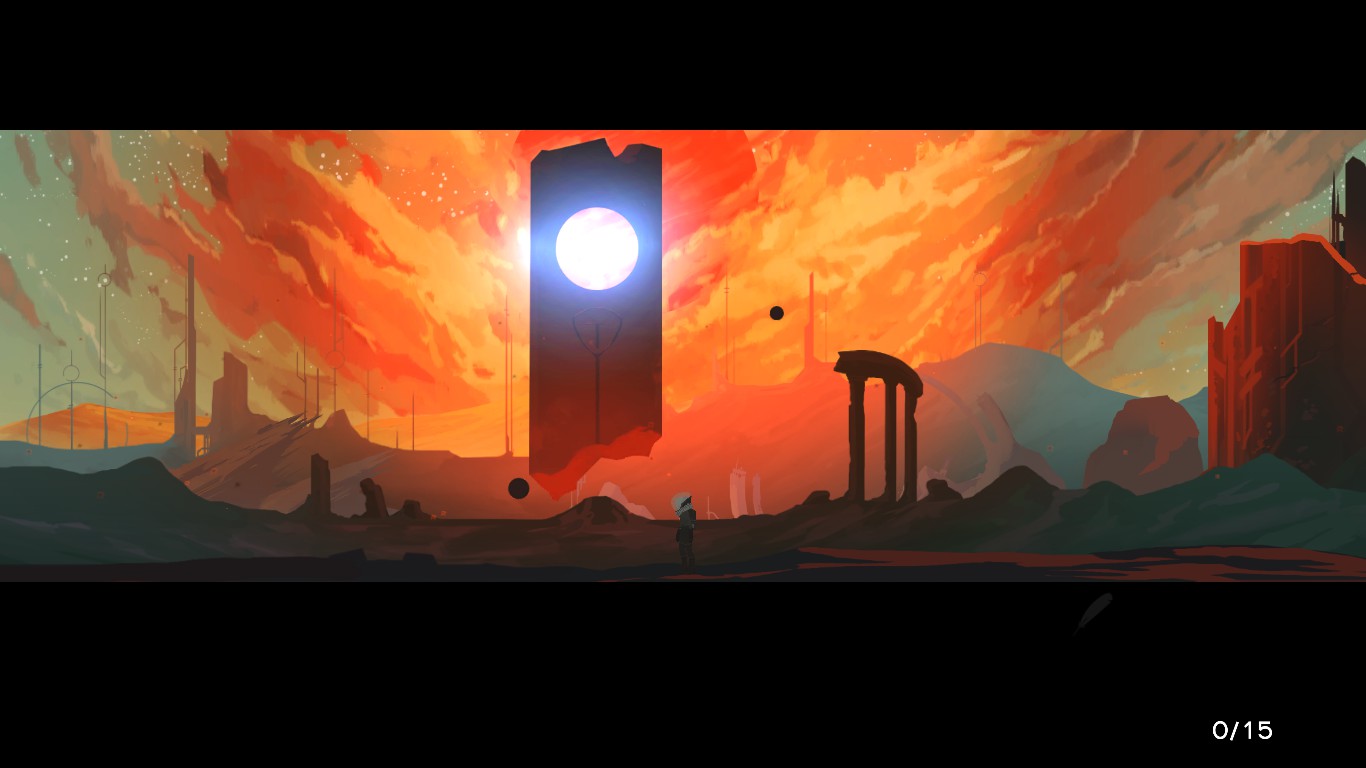 Above: A monolith seems to float on a desolate, sandy world.

Elegy for a Dead World did inspire me to create stories for each world, and it did provide a framework that made it easier for me to do so. As an interactive computer program that encourages writing, it does have merit. Unfortunately, I found that my creativity started to wane after traversing each planet multiple times, and I would’ve preferred to see some more content to keep me interested.

As a game, however, I find it extremely lacking. Sure, you can see the graphics, hear sounds, and move a character, but anyone that goes into this experience expecting any traditional game elements will be sorely disappointed. Since the publishers marketed Elegy as a game, however, I feel compelled to review and score it as such. I found it short on content and far too dependent on my own writing ability to get anything out of it.

Elegy for a Dead World is available on Steam and playable on Windows PCs. The publisher provided GamesBeat with a code for the purposes of this review.