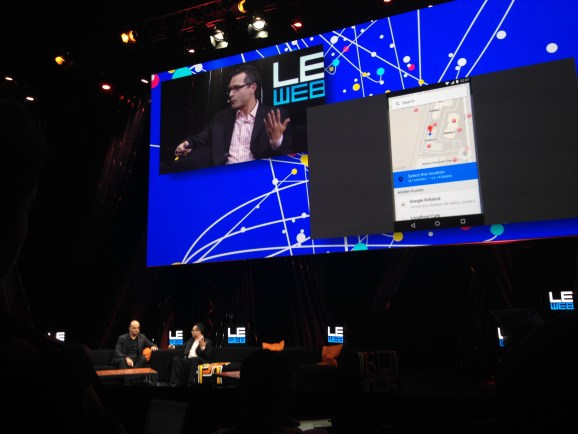 Google today announced a major update to its Hangouts app for Android and promised that the equivalent iOS update would be “coming soon.” The new features are aimed at making it easier to find your friends, know when they’re around, and cut down the time you spend messaging in the app.

Google vice president Bradley Horowitz debuted the new features on stage at LeWeb 2014 in Paris. He promised that there are many new features to come.

First, contacts now have a “last seen” timestamp. As Google puts it, you never have to ask “are you there?” again – much like in Facebook Messenger, you can now see when your friend or colleague was last active.

Hangouts already lets you share your location by hitting the attachment paperclip icon, choosing Location from the options, and then hitting send. Now, Google has added smart suggestion location sharing which lets you do this in one tap: When someone types “where are you,” the app will prompt you to drop a pin on the map. 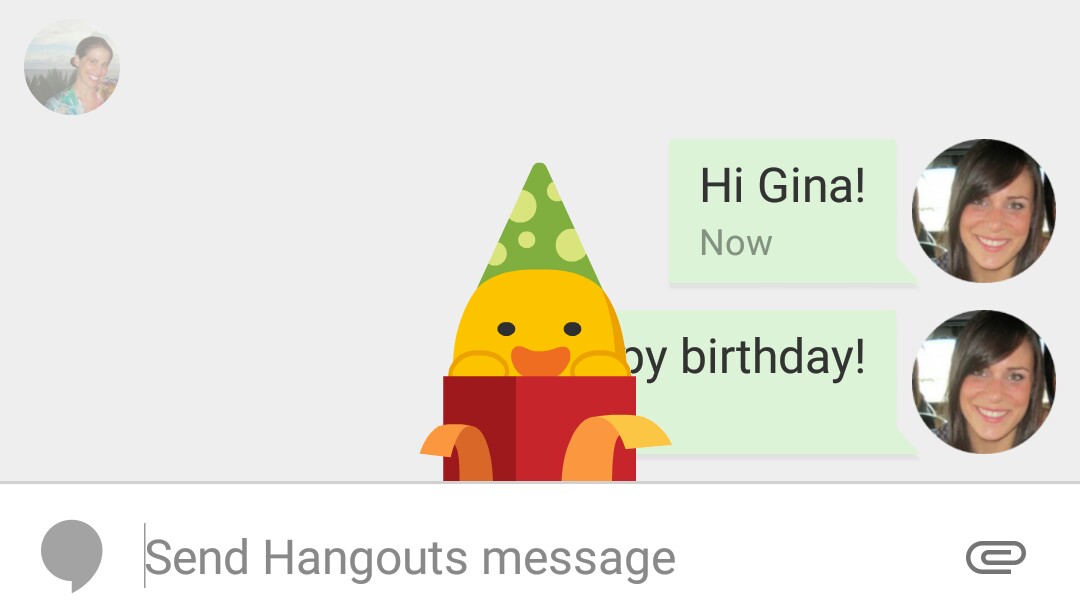 It is also now easier to find your friends in Hangouts based on their phone number. They don’t need to be a personal contact in your phone: If your friend or colleague already uses Hangouts and has opted-in to phone number discoverability, you can easily connect with them on Hangouts.

Hangouts is also getting 16 new sticker packs and a few easter eggs. Google didn’t specify the number, but it did hint that sending keywords will result in an animation popping up (“woot” and “happy birthday” are pictured above, but there are others, like “hahaha,” as well).

“Stickers are not new,” Horowitz said. “But we really went to town on this.” 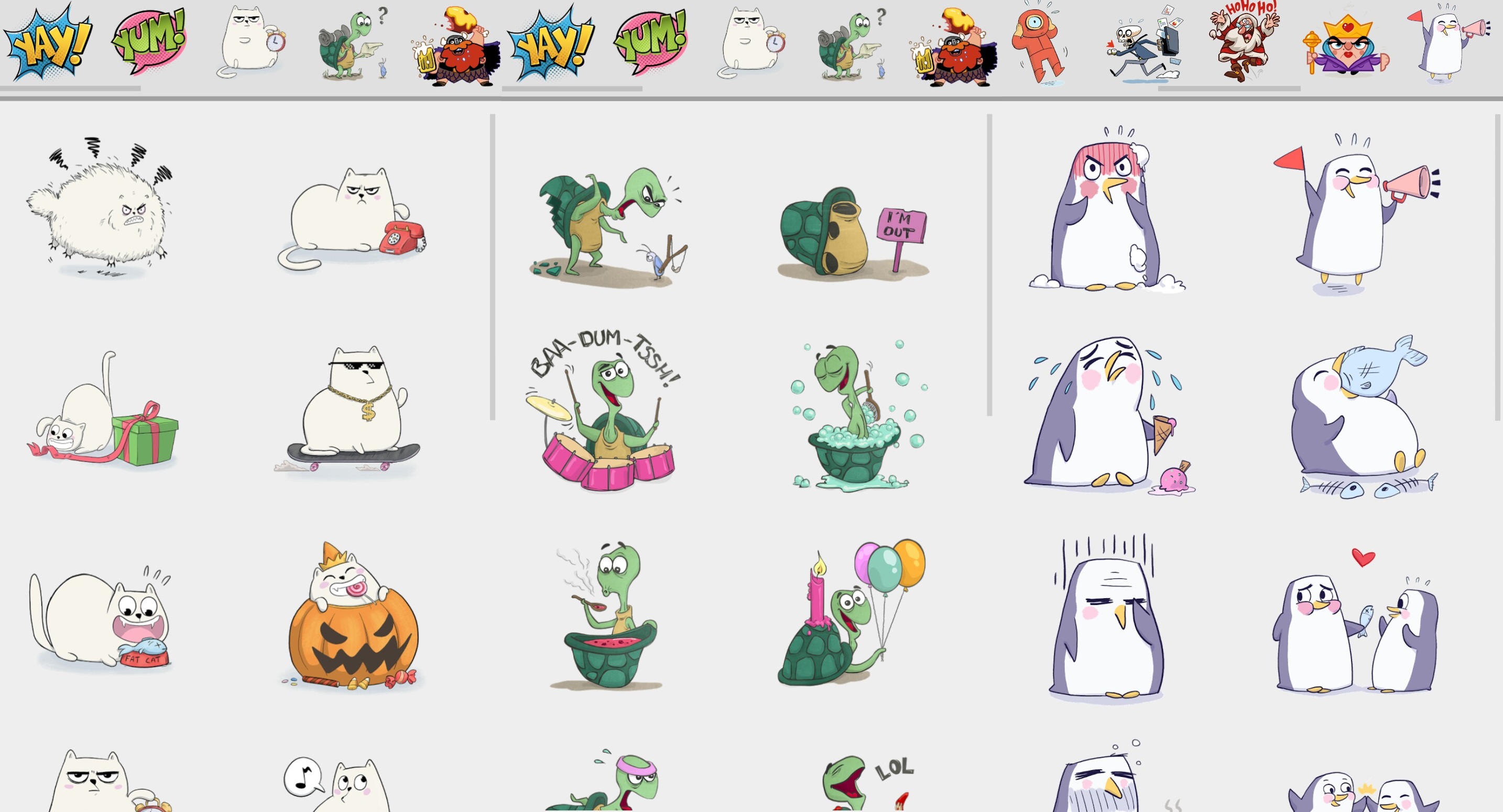 Last but not least, video calls are getting video filters (including sepia, vignette, black & white, and more). We wouldn’t recommend using these if you use Hangouts to communicate at work, but between friends they could be a lot of fun.

All of today’s additions are great, with “last seen” timestamps probably being the most useful of them all. Yet some will consider these “bloat” and demand a basic SMS app instead. To those, Google will likely point you in the direction of its recently-launched Google Messenger app.