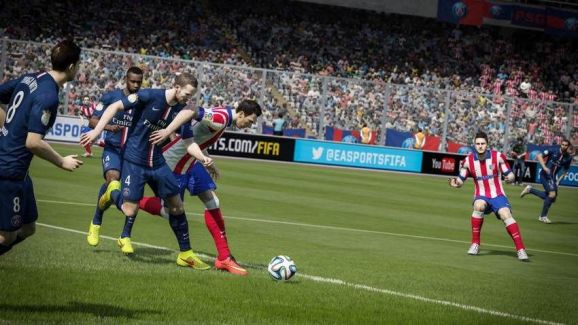 FIFA 15 is one of the games helping EA make money from digital on consoles.

The hacker group Lizard Squad claims to have brought down game publisher Electronic Arts’ servers. If it’s true, there are going to be some more angry gamers.

Lizard Squad tweeted its usual terse message, saying “EA #offline #LizardSquad.” We’ve asked EA for comment and haven’t heard back. But numerous players are starting to complain that they can’t access their EA games. Others are saying that the servers are back up.

Xbox Live was also brought down on two occasions this month, reportedly by Lizard Squad’s distributed denial of service attacks, where its members flood servers with junk messages to overwhelm them and take them offline. Lizard Squad also claimed credit for bringing down Call of Duty, Destiny, and EA games back in September. Sony’s PlayStation Network was also attacked.

We’ll keep you posted if we hear more.