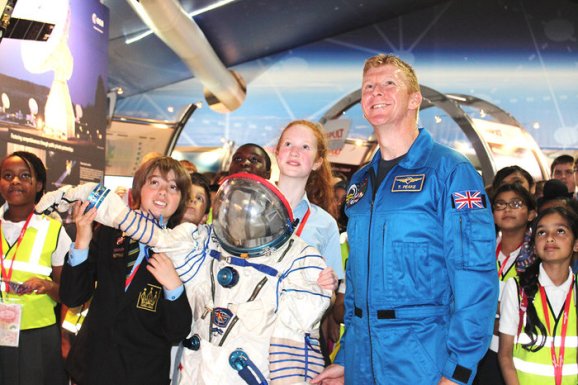 2014 has been a pretty good year for space exploration, what with the European Space Agency landing a craft on a comet, and NASA successfully testing its new Orion Multi-Purpose Crew Vehicle (MPCV).

Now, a British astronaut is inviting school children to devise experiments for him to carry out using Raspberry Pi computers when he visits the International Space Station (ISS).

Raspberry Pi has come a long way since the $25 device launched out of the UK a few years back, designed as an affordable entry point for budding programmers. Now, thanks to a tie-up between the UK Space Agency, UKspace, ESERO, the European Space Agency (ESA), and British astronaut Tim Peake, two of the devices will be shipped 270 miles into orbit for six months on the ISS.

UK school kids will be asked to devise key experiments that Peake will perform while in orbit, deploying the microcomputers in different locations across the ISS. The garnered data will then be downloaded to Earth, after which it will be made available to anyone on the Astro Pi website.

The official Astro Pi competition will open at the BETT conference in London, running from 21-24 January.