Five games use the classic Infinity Engine. Beamdog Games has now made enhanced editions of three of them. And at this point, we don’t know if the studio is going to pursue Icewind Dale II or Planescape: Torment, the other two IE entries.

So, after dealing with twisted — and missing — code in getting Icewind Dale: Enhanced Edition (part 1 of this interview) out the door, what’s next for this tiny studio that’s refreshed three of the biggest, beloved RPGs? Beamdog head Trent Oster talks about what his development house might do next.

GamesBeat: You talked about “nightmares” about the idea of working on enhanced editions for Icewind Dale II and Planescape: Torment. Is this still the case, or have you made any progress on Icewind Dale II at this point?

Trent Oster: We’ve yet to really dig into them. Torment is probably the easier of the two as the rules are at least similar. Icewind Dale II had a large deviation due to the move to 3rd Edition D&D rules. We’re still working on Infinity as we wrap up the 1.3 update for BGII.  After the holidays, we’ll have more time to dig into the possibilities. 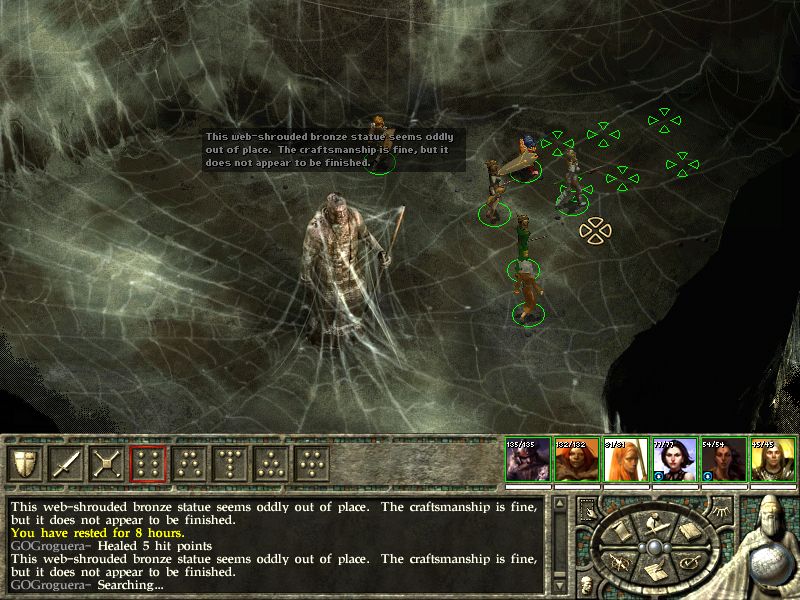 Above: Icewind Dale II: a nightmare?

GamesBeat: How much interest does Beamdog have in going back to even older D&D games, like Eye of the Beholder.

Oster: We just had a talk about Eye of the Beholder [the day before this interview]. I said, steppers [first-person role-playing games] are dead. I’ll never go there again. One of my guys was pitching me on, hey, we should do this. We have these creature models. We can do this thing where you do that thing … Baldur’s Gate was kind of a sweet spot in terms of that it plays really well on a touch interface. It makes a lot of sense for that platform. I just tell people, it’s maybe the first thoughts that popped in my head when I picked up an iPad for the first time. I started poking at it, and I’m like, you know what would be great on this? Baldur’s Gate would be great on this. At that point we set out and it took us a full year to get the deal done on it. The Infinity engine games, to me, were like this crazy high point. I’m still interested in some of the historic stuff, but I think it’d be less direct. I think in order to make a game that people would actually enjoy and get into, we’d have to do a lot more work.

GamesBeat: Let’s go a bit further along. What about enhancing Neverwinter Nights or Temple of Elemental Evil? Would you have interest in that?

Oster: We’ve talked about both projects. Neverwinter has its own issues. Part of them are just the mental scars I have around that project. I spent eight years working on it, and I kind of joke about it, that I have screen burn-in like an old arcade machine. Even when it shuts off, you can see the screen there. When I look at Neverwinter Nights, I can’t see the UI, because it’s burned in my eyes. I can’t see it. I see something that’s on the computer screen, but I can’t quite filter it out. I think there’s some product fatigue there. But at the same time, I so loved the Neverwinter Nights concept, the idea of this radical democratization of game design. I was just entranced by that idea for, honestly, the full eight years I was working on the project. I was so happy with the Hordes of the Underdark expansion, where we were able to come in and build something where, hey, this is a really good story. This is fun to play, through.

With Neverwinter, the original campaign, I was obsessed with getting the game, getting the technology, getting the toolset, the DM client. We had so many things we were juggling that we totally duffed on the story side. Part of that was just the fact that we’d only just built the engine and we didn’t understand how it was going to work. The Shadows of Undrentide expansion was a bit of a panic rush job. We wound up partnering with the Floodgate guys. We had some difficulties. It was not an optimal development process, whereas Hordes was an experienced team. We knew what we were doing. We crunched old-school on that. Six days, seven days a week, pizza at midnight, hard hours. I’m never gonna do that again. I’m so not able to pull those kind of hours anymore.

GamesBeat: At what point does Beamdog make its own RPG?

Oster: That is a good question. I think we’ve gone through — we’ve worked with the engine. We have a good understanding of the magic of Baldur’s Gate, what makes it work, what doesn’t, how things were done, what was done smart, what was done in a way to make legacy RPGs on Windows 95 play well. I think we have a good mental image of where we should go. At this point, we’re starting to plot out what the future is. But I think the answer is, soon. 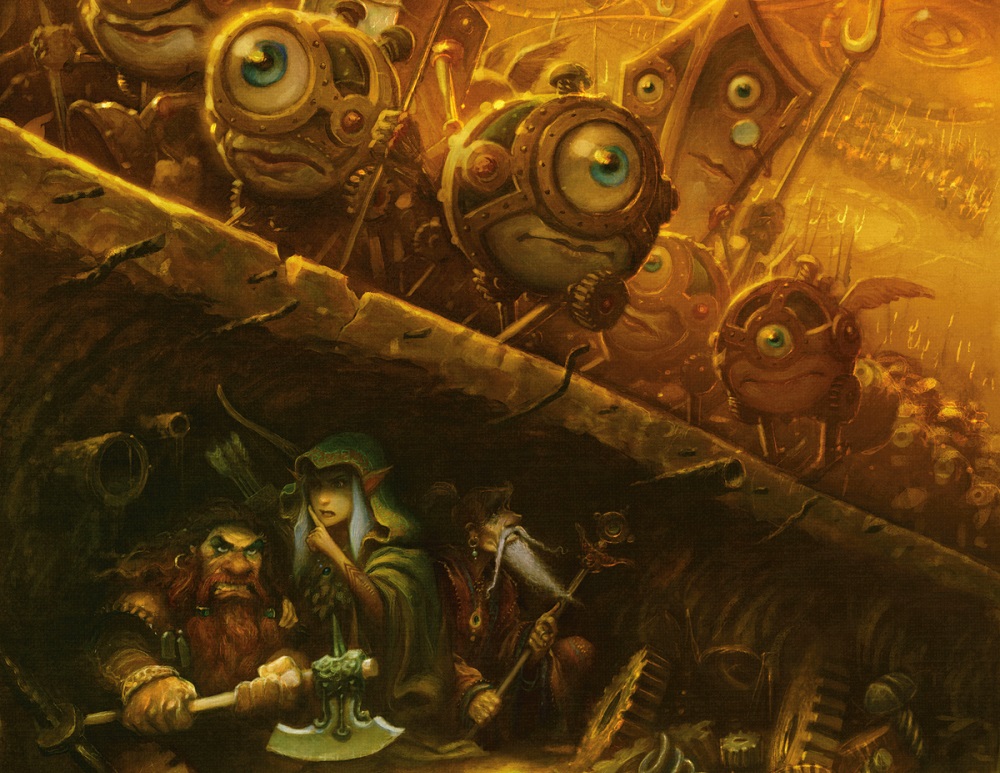 Above: The 5th Edition of the Dungeons & Dragons Dungeon Master’s Guide features the beloved Modrons, mech-like beings of Law and Order.

We’re excited, looking at 5th Edition D&D. That’s awesome. Those guys are doing amazing stuff. You look at the art, it’s really strong. We have the best relationship with the D&D team. Our whole philosophy is, let’s just run an open development. You guys want to know what we’re working on? Here. Here’s the art database. Take a look. When we post something up, you can see it when we can see it. The end result is that we don’t have any panic fixes at the end of the project. Any fixes that are going to happen, they happen as soon as the artwork’s created and it’s still fresh in the artist’s mind. We can go in, twiddle it, and just progress. The team there is just awesome, amazing guys. I love working with them … just an amazing team.

GamesBeat: That’s what Cryptic Studios was telling me, working on the Neverwinter MMO and working with Wizards of the Coast. How the relationship has been much better than what it heard about Wizards, say, 10 years ago.

Oster: I think part of that was our fault, at BioWare. I think we were undeservedly arrogant. “We’re the story guys. We’ll do the story stuff. We’ll tell you what we’re doing and we’ll push back on it.” There was some Wizards pushback on their side. I don’t think, at that point, they really understood the computer gaming side and how much impact it had in terms of the number of eyeballs on the content. We got a lot of pushback around using famous characters and so on, using famous settings. It was hard. This was during the Baldur’s Gate, Neverwinter Nights timeline. Whereas our relationship with the Wizards guys for the last three years has just been phenomenal.