[The following story is based on an excerpt from Startupland: How Three Guys Risked Everything to Turn an Idea into a Global Business by Mikkel Svane and Carlye Adler, released this week. It has been adapted from the original with permission of the publisher, Wiley.]

When you’re getting off the ground as a startup, there’s one thing you should know: Your relationship with your venture capitalist is a marriage. You want to be able to expose yourself 100 percent to them, and you will. And you want to be able to do that without fear of retaliation. You will have a baby together. They need to live up to that responsibility. You both need to be in it for the long haul.

One of the early impactful VCs for my company, Zendesk, was Devdutt Yellurkar, a partner at Charles River Ventures (CRV). When Zendesk was still based in Copenhagen In late 2008, Devdutt called me out of the blue on my cell phone. My phone was listed on the Zendesk website, and I was accustomed to getting weird calls at odd hours, so it wasn’t that unusual. People were usually offering to sell me something or pretending they were anything from customers to investors and everything in between.

But this one was different. Devdutt wanted to know more about Zendesk, and he already knew quite a bit. CRV already had a company in its portfolio in a related industry. While doing research on whether or not it should reinvest in another round, Devdutt somehow stumbled upon us. He was a brand-new partner at CRV — he had just joined that year — and he was a relatively new VC. He had an investment in only one other company. He was previously an entrepreneur, having cofounded technology company Yantra, which AT&T acquired.

Devdutt explained that he was interested in SaaS companies and interested in learning more about us. His background was compelling. He kind of got us, even over the phone, and although we spent the beginning of the conversation feeling each other out, by the end I got the feeling he was a genuinely good guy.

After our conversation, Devdutt completed more due diligence and spoke with several of the companies that were using our product; then he offered to fly out to Copenhagen and visit. We immediately said yes. We still didn’t have a real office, so we were forced to invite him to the apartment of my co-founder Alex Aghassipour located in a “colorful” part of the city, where he’d have to climb the crooked steps all the way up to the fifth-floor loft.

It was an intimate experience to be hosting a prospective VC in Alex’s home, but it somehow felt right. Devdutt believed that what we were doing could be game changing. We continued the dialogue with Devdutt and met the whole CRV partnership in Boston. We let them do their due diligence, which also involved understanding Danish tax laws and identifying an immigration path for the three of us. And, ultimately, CRV sent us the fabled term sheet—our very first.

I credit Devdutt, for his belief in us and for his ability to remain a stable force despite the turmoil of the 2008 credit crunch around us. I learned just how deep his loyalty ran when one day, while waiting to meet with the partners, I could hear through the air ducts a conversation they were having about our deal. Devdutt fought hard on our behalf. And his courage and conviction led everyone through.

This knowledge gave me even greater confidence in Devdutt, and it also taught me a lot about what makes a great VC. Particularly in the past, some VCs have had a reputation for routinely replacing founders with “professional” CEOs with more big company experience. Good investors understand that the founding team often is what carries the spirit of a company and makes it what it is. Most of all, they understand that the inspiration that comes from helping people grow is much more valuable than the experience you could buy by replacing them. The investment made in a founder and in helping him or her develop leadership skills is the difference between really good investors and mediocre ones.

A relationship with a VC is a marriage. You need to have them look you in the eye and tell you they love you — and say it so you believe them. Or rather, figure out a way to build that trust. It’s often a two-way game; maybe you will have to expose yourself to have them expose themselves. Often it has nothing to do with business. But you need to figure out a way of figuring out whether you the share the same values — because ultimately, that is what defines a business. 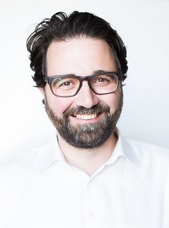