Almost five months after Indiegogo introduced its iOS app to the global masses, the crowdfunding company has finally brought the app to Android too.

The app not only lets you search for promising campaigns to fund but also lets you plow your hard-earned cash into them too. You can also save items to your favorites, view by “Trending”, “Ending Soon”, “New”, and “Most Funded.” 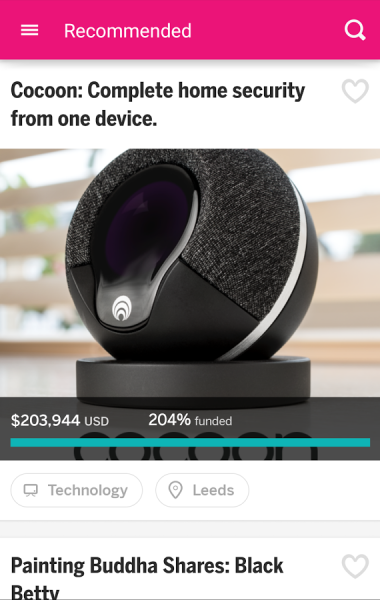 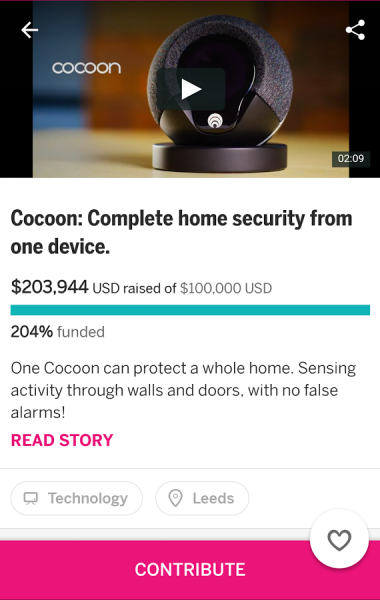 Unlike the iPhone app, which was launched in Canada before its global rollout, it seems Indiegogo has taken an international approach to the Android incarnation from the outset. However, there isn’t feature-parity quite yet. You’re not able to track or manage your own crowdfunding campaigns through the Android app.

We’re told that the longer-term vision is to let users develop, launch, and manage a campaign directly from the app, too. Indeed, more “campagn owner-focused” features will be added next year.

Based on our brief tests, the app was just a little buggy. It takes quite a while to load projects each time you launch it. But it is currently sitting at version 0.9, which suggests this may technically be a beta product for now.

Indiegogo is one of the preeminent crowdfunding platforms on the Web, and with the launch on Android, it has beaten its big-name rival, Kickstarter, to the punch.